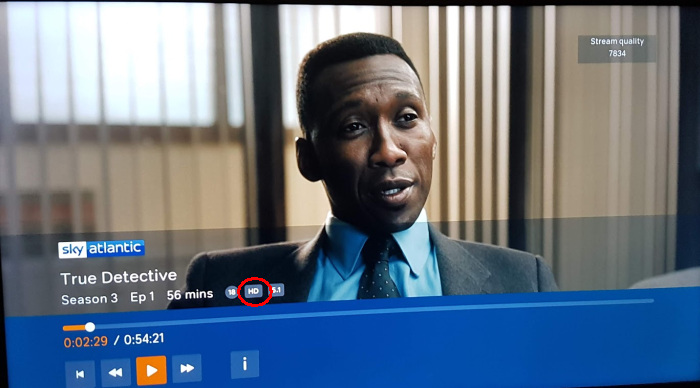 We’ve been waiting years for NOW TV to finally stream content in Full HD (1080p), and that day has finally come, along with 5.1 Dolby Digital surround sound. However… NOW TV wants you to pay an additional £3 per month for what most other services offer as standard.

NOW TV is Sky’s answer to Netflix and cord cutters – a cheap(ish) TV service that doesn’t require lengthy contracts and gives you flexible packages (“passes”) of content, such as Cinema, Entertainment and Sports, and can be watched on a variety of devices.

“NOW TV Boost” is a new premium pass which is meant to be used as an add-on to NOW TV’s other passes. At £3/month, you get:

Once you subscribe to NOW TV Boost, and as long as you have another active pass, Boost will automatically renew every month.

Keep in mind, one “Boost Pass” works on all the passes that you subscribe to – so you don’t need multiple Boost passes for every other pass.

As of this writing, you can watch NOW TV in 1080p (with the BOOST add-on) only on these devices:

Disappointingly, you can’t watch in 1080p on the NOW TV Smartphone apps, which are still stuck on 720p (so that means you won’t get 1080p on the Sky Sports Mobile Only Pass).

You also can’t watch in Full HD on the desktop PC player.

As is often the case with NOW TV (remember the subtitles debacle? Even to this day, not all programmes on NOW TV have subtitles), not all the content will support Full HD at launch.

As of this writing, Full HD is supported on most of the LIVE NOW TV channels (including Sports, Cinema and Entertainment), except for some of the Kids Pass content and the Fox and Gold channels. 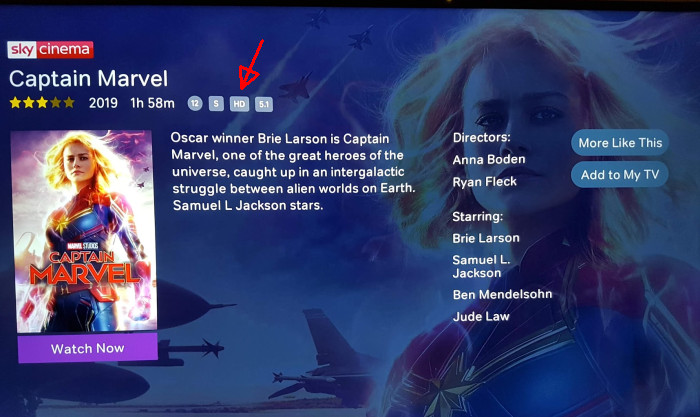 As for On-Demand, all the Cinema Pass movies support 1080p, but only “select” box-sets from the Entertainment Pass are in Full HD.

After a quick glance, it looks like a lot of the Entertainment Pass content is available in HD, but certainly not all. Annoyingly, one of the most popular shows right now – The Walking Dead – is NOT available in Full HD on NOW TV, even with the “Boost”.

If you want to know whether a programme is available in HD or not, you have to look for the HD icon, either on the show’s info screen, or during playback. 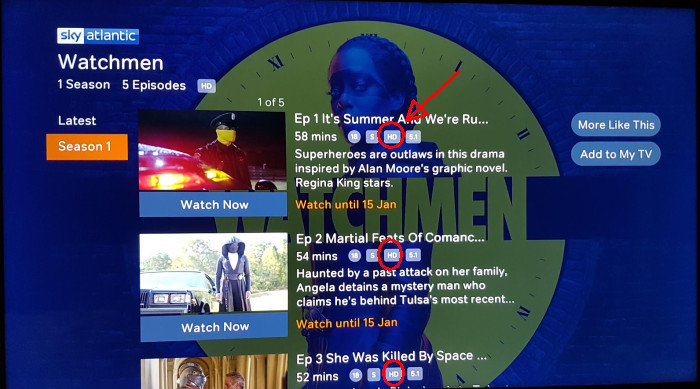 NOW TV being stuck at 720p was one of its major drawbacks for years. It always felt like Sky was trying to hold the stick at both ends – offer a cheap streaming service for those pesky cord cutters who don’t want the expensive Sky TV contract, but cripple it just enough so it won’t cannibalise the mothership (Sky TV) too much.

However, with the streaming market growing and with more American giants joining the game (Apple TV+, and soon – Disney+), NOW TV is finally trying to catch up. A bit.

Charging an extra cost for something that is the standard on practically every other streaming service is disappointing, to say the least.

Amazon Prime Video is £5.99/month (or you can get it as part of Amazon Prime’s annual cost), and again includes movies, TV shows, and select sporting events. It supports Full HD, and 4K.

Apple TV+ is the cheapest of the bunch for now, at £4.99/month (or FREE if you buy a new Apple device). Keep in mind, though, it has a very small content library – for now. Like Prime Video, it includes both HD and 4K for the same price.

Also – on all these services, Full HD (and 4K) is available on EVERY DEVICE that supports the service – including, of course, mobile phones.

And NOW TV? If you want a comparable package that offers both TV shows AND movies, you would need to buy two passes, for a total of £20.98/month (though there are ways to get cheaper NOW TV passes).

Then, on top of that, you would need to add £3 for the HD “Boost” – so that’s £23.98/month – considerably higher than any other streaming service, and it doesn’t even work on on your phone.

Granted, NOW TV’s content library is a bit different, as it focuses more on the newest American (and some British) shows and blockbusters.

But with Netflix, Amazon and all the other streaming services doubling down on new original content, the meaning of what’s “new and hot” is quickly changing.

The bottom line? I’m pleased to finally have Full HD programming on NOW TV (Let’s not even mention 4K – maybe we’ll have to wait 10 more years for that), as it’s now a viable streaming option.

However, NOW TV will have to re-evaluate its pricing, and hopefully soon – before customers start leaving both Sky TV and NOW TV.