How To Get Cheap NOW TV Deals, Vouchers And Free Passes In 2020

NOW TV was meant to be Sky’s answer to Netflix and cord cutters – a cheap TV service that doesn’t require a lengthy contract, gives you flexible packages (“passes”) of content, and can be watched on a variety of devices and boxes. But is it really cheap?

If you compare NOW TV to a Sky (or similar) subscription – then yes (But remember – even your Sky bill can be lowered with some haggling). If you compare it to Netflix – the value-for-money changes, especially if you combine several NOW TV passes (See my full NOW TV review).

Luckily, there are ways to lower the amount you’re paying for NOW TV (even down to FREE, though for a limited time) – so here are the tips and tricks I use:

1. Get A Free NOW TV Trial (New Customers Only)

Nothing beats free – and if you’re a new NOW TV customer, you can get a 7-days free trial to the Entertainment Pass / Cinema Pass / Kids Pass / Hayu Pass – or all four of them together. The Sports pass doesn’t have a free trial, unfortunately.

The Small Print: After 7 days, your subscription will automatically renew, and you will get charged for a full month – so don’t forget to cancel if you decide the service isn’t for you.

2. NOW TV Deals And Bundles On The Official Website

Before we start looking around the internet for vouchers and codes, it’s best to start with the latest deals on NOW TV’s official website.

They always have a changing selection of special offers and discounts – from special bundles where you subscribe to two or more passes for a discounted price, to passes that are bundled with streaming boxes for cheap, or paying for several months in advance for a discount.

The Small Print: Some offers are only for new customers, while some are for existing customers as well – so check each one.

3. Get The Mobile-Only Sky Sports Pass

NOW TV’s Sports Pass is still rather expensive – but there’s a way to get it for a much cheaper price, with the Sky Sports Mobile Pass, which, as the name suggests, only works on your mobile phone. The cost? Only £5.99/month (as opposed to £33.99/m for the full Sports pass). 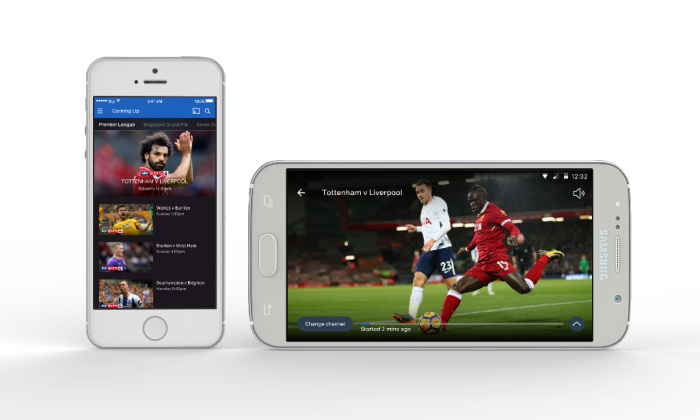 If you’re a new NOW TV subscriber, you can get money back when you buy one of the passes, via Quidco, the popular cashback site.

So, for example, you can currently get £12 back when you purchase a Cinema Pass, or £6 for the Entertainment Pass. (Their rates change sometimes – often for the better – so check first).

However… there’s more! If you’re also a new Quidco user, we have an additional deal for you – a bonus of an extra £10 cashback with your first purchase (of over £10).

Where To Get It: Via this special Quidco offer link.

Alternative: TopCashBack is another great cashback site, and their NOW TV cashback is sometimes even higher – so check them out as well (and get a bonus of £5 via this link).

Another place to get cheaper NOW TV passes is the popular digital keys mega-site, CDKEYS. While some sites that sell digital keys are questionable, CDKEYS has been around for 20 years, and are pretty trust-worthy. (They also sell digital PC games downloads, PlayStation Store cards, and other digital goods).

Their selection – and pricing – of NOW TV codes change often, but it’s always worth a look.

Where To Get It: Check NOW TV Passes on CDKEYS.

Watching NOW TV is easy on a variety of devices, since they have an app for Smart TVs, for gaming consoles, smartphones, etc’. But they also offer their own NOW TV streaming stick. And the best part? These devices can come bundled with 1 or 2 month passes, usually for either the Entertainment pass or the Cinema one. And the even-better-than-best part? You can sometimes find these boxes/sticks heavily discounted.

That means that even if you DON’T need a new streaming box/stick from NOW TV, it might come out cheaper to buy the box with the bundled passes, JUST FOR THE PASSES, than to buy the passes separately. Then, you can even sell the box and get a few more pounds.

The Small Print: The NOW TV codes that come with the boxes, usually have an expiration date – so don’t forget to activate them. However, you can usually stack them with your current subscription, or activate two vouchers at the same time, etc’.

Where To Get It:

8. Up To 24 Free NOW TV Months with Vodaphone

If you’re planning to get either a new phone or a new SIM-Only contract, and Vodaphone is an option for you, you can get the NOW TV Entertainment Pass for up to 24 months – for free – with some of their contracts. That’s worth £215 if you take the 24-months plan.

(Alternatively, you can get Amazon Prime Video, Spotify or Sky Sports Mobile with this Vodaphone offer).

The Small Print: Not all of Vodaphone’s Pay Monthly / Sim-Only plans include this deal – but the ones that do are clearly marked. Plus, remember you’re signing a 12-months/24-months contract.

Where To Get It: On the official Vodaphone website.

You can often find discounted NOW TV passes, even without a box, in online stores such as Amazon and eBay – you get a voucher code, and then use it to activate the pass on the NOW TV website.

The Small Print: When you buy directly from a person, especially on eBay, make sure you check that person’s reviews first so you don’t get scammed. Remember – if a price looks TOO good to be true – it probably is.

As a cord cutter, when I start seeing words like “12 months contract” I get nervous. NOW TV used to offer broadband packages without a lengthy contract, but unfortunately, those days are gone for the time being. However, you might still like their broadband prices (with a 12 months package) – so it never hurts to check.

The NOW TV angle is that with a broadband package, they sometimes offer discounts on the Entertainment and Cinema passes.

The Small Print: If you’re not in the market for a new broadband package, this isn’t for you.

11. Cancel And Get A Cheaper Price (Existing Customers)

If you’re already a NOW TV subscriber (or about to become one), there’s a trick that will often get you a cheaper monthly price for a limited time: trying to cancel.

As we all know all too well, when you call to cancel a “traditional” Pay TV subscription, the call centre guys try to entice you to stay with a better deal. Well, the same thing happens occasionally – and automatically – on the NOW TV website, without having to call anyone. If you get the offer, it’ll usually be a discounted monthly price for the pass you were trying to cancel – but for a limited time (several months, usually.)

The Small Print: If you’ve recently used this offer, you’ll most likely not get it again, at least for a while.

Where To Get It: First make sure you have an active subscription to one of the passes. Then go to the official website and try to cancel it. You’ll go through a couple of screens trying to convince you to stay – and at some point, they’ll ask you why you’re cancelling. Tell them it’s too expensive – and at that point, you might get the discounted offer. (Don’t stop until you see the offer, and don’t be afraid to go “too far” – because, with NOW TV, you can always re-subscribe without any penalties or connection fees.)

If you happen to be a subscriber to PlayStation Plus (Sony’s subscription service that gives you extra features and free games for your PS4 – you can get it directly from Sony, or on Amazon), you can often get a special NOW TV reward. They don’t always have one – so check periodically.

The Small Print: Only for PlayStation Plus subscribers, and they don’t always have NOW TV deals.

Where To Get It: Check the PlayStation Plus Rewards page.