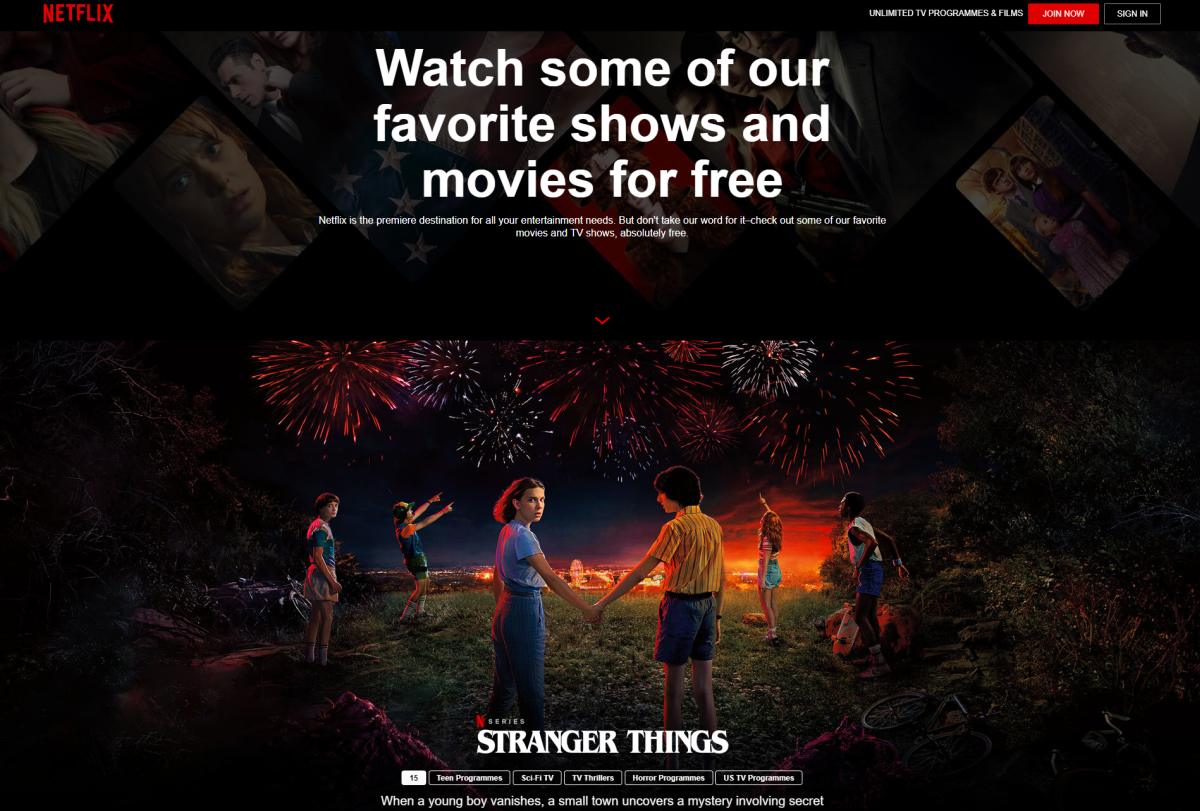 Bad news for those who wanted to sample some of Netflix’ popular content for free: The streamer’s ‘Watch Free’ page, which made it possible to watch episodes of Netflix originals like Stranger Things and films like Bird Box and The Two Popes totally for free – is now gone.

Netflix’ free watching page was introduced back in August and was available worldwide.

People who wanted to watch the free content on offer were able to do so without even having to sign up or register with an e-mail address, though it was only available on a browser (and not on a streaming device connected to a TV or even a mobile app).

Netflix (see our review), which has thousands of movies and TV shows available to stream in the UK (and around the world), normally costs between £5.99/month and £13.99/month, depending on the package you want.

In the past, Netflix used to offer a free 30-days trial, but that trial was pulled and is no longer available in the UK.

Instead, Netflix sometimes experiments with limited-time offers like a 21 days money-back guarantee, or a 50% off discount.

The ‘Watch Free’ page was one of those unique offers, with an impressive list of some of Netflix’ highest-rated shows and films, including episodes from When they See Us, Our Planet, Stranger Things, Grace and Frankie, The Boss Baby: Back in Business, Elite and Love is Blind.

Recently, however, the free watching page has been removed – and its former link now leads to Netflix’ homepage (in the UK as well as in other countries).

It’s safe to assume that by now, many people have already watched the free content that was on offer – and without adding more content, that page was becoming stale.

It remains to be seen whether Netflix will now come up with another way for new users to sample some of its programmings, or even get some sort of a free trial or discount again.

We approached Netflix for comment, and will update if it arrives.