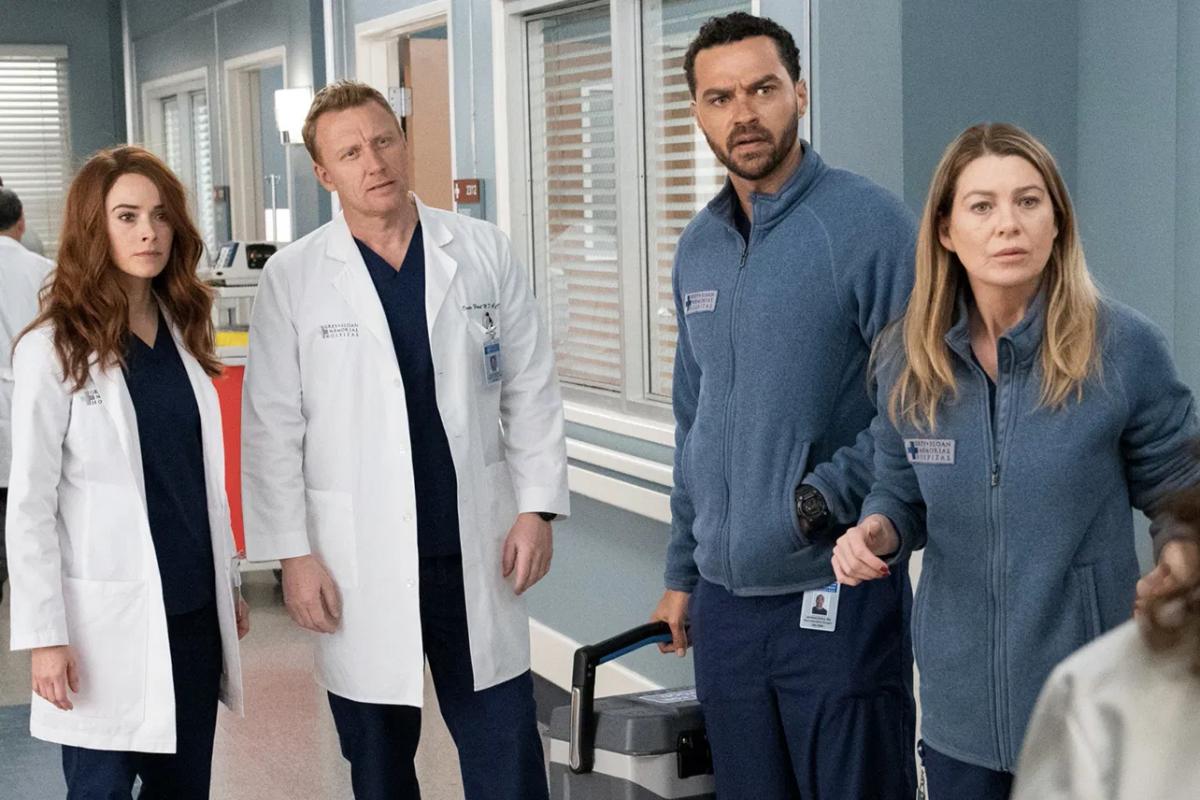 The 17th season of Grey’s Anatomy, the much-loved American medical drama, is finally coming to the UK in April, and will air on Sky and NOW TV.

Station 19, Grey’s spin-off series, is also returning with its most recent Season 4, on March 31.

Grey’s Anatomy is an American medical drama created by Shonda Rhimes, and starring Ellen Pompeo as Dr. Meredith Grey, who works with her friends, colleagues and ever-changing romantic interests at the fictional Seattle Grace Hospital.

For years, the show has been ABC’s highest-rated drama, and is the longest-running prime-time drama on its network.

Last year, Season 16 had to end prematurely due to the pandemic (at 21 episodes instead of the usual 24/25), and this year, Season 17 premiered later than usual, on November 12.

The show is now on its winter hiatus, having aired only 6 episodes, with new episodes set to return in the US on March 11, 2021.

In the past, all episodes of Grey’s Anatomy were available on Sky and NOW TV, with past seasons available as box-sets and newer episodes airing a few months after their US broadcast.

In 2019, however, Sky and NOW TV lost all episodes of Grey’s Anatomy, along with many other ABC shows, that eventually moved (this week!) to Disney+ Star, the new ‘adult’ section of Disney’s streaming service.

Grey’s Anatomy, however, was left in limbo for a while, angering many of its fans – past seasons are now available on Disney+ (and, for now, on Amazon Prime Video as well) – but the newest episodes were still missing on our side of the pond.

Last year, Season 16 did indeed end up on Sky and NOW TV around April – and the same thing is happening this year.

Season 17 of Grey’s Anatomy, which deals quite a lot with the current pandemic (and features a few surprising cameos), will land on Sky Witness and NOW TV (Sky’s streaming service) on April 7.

Episodes will air weekly, so there will be a gap between the US broadcast and the UK one, as it is with Station 19 which is returning on March 31.

Meanwhile, if you need a refresher on Season 16 (  It is now!) – Sky Witness will be airing Season 16 episodes every night (except for Sundays and Mondays) at 4am(!), starting February 26.

The Season 16 episodes won’t be available on-demand on NOW TV, unfortunately, so if you want to watch them, you would need to get up at 4am and watch them on the “live” version of Sky Witness.

We will of course update once we have an exact date for Season 17 – so be sure to check our dedicated Grey’s Anatomy page.

And if you want more TV news – you can Subscribe to our free newsletter.