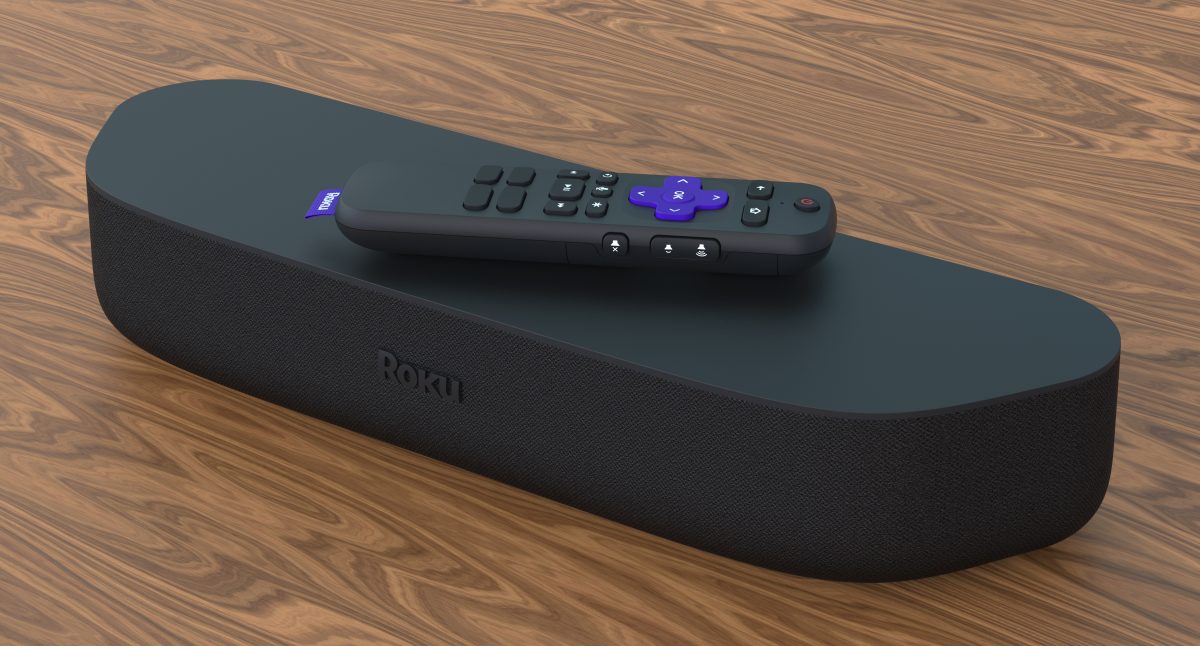 Roku, known mostly for their best-in-class streaming devices, are now looking to take control of another section near your telly: the soundbar.

Next month, they will be releasing “The Streambar” – a smart soundbar that combines speakers with a Roku streamer, for an affordable two-in-one solution.

With 43 million active accounts, Roku is already the #1 streaming platform in the US (by hours streamed). In the UK, Roku is facing tough competition from the likes of the Amazon Fire TV, but we still chose a Roku device as our “Best Streaming Device of 2020“.

Currently, Roku sells three streaming devices in the UK: The Roku Express, the Roku Premiere and the Roku Streaming Stick+. In addition, there’s the Roku TV from HiSense, which has a Roku streamer built-in.

A soundbar, then, makes sense – and indeed, in the US, Roku has already been selling higher-end, big soundbars for some time.

But the new “Streambar”, which will launch simultaneously in the UK, US, Canada and Mexico, isn’t really meant for sound aficionados – instead, it aims to be a 2-in-one solution, for those who are looking to upgrade their TV’s audio AND streaming capabilities. 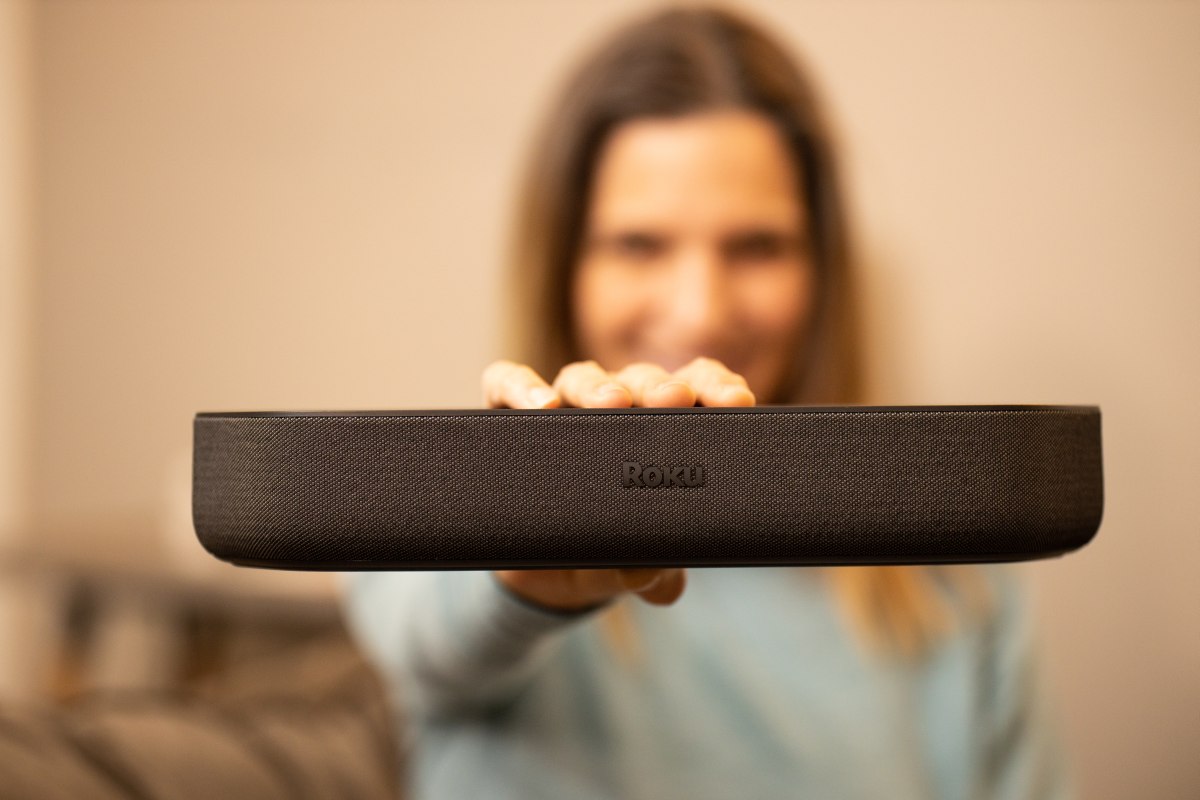 Inside, it holds four 1.9″ full-range drivers – two aimed at the front, and two at an angle, so they can “fill the room with sound”.

Being so compact, one might worry about sound performance – but Roku say they’ve used smart engineering to improve what the Streambar can do.

“Our engineering teams in Denmark, the United Kingdom and the United States have been working together to design and build the Roku Streambar from the ground up to deliver an incredible streaming experience and the ultimate upgrade for any TV.”

To compensate for the small size, the Streambar uses its software to pull a few tricks – a “Speech Clarity” mode boosts the volume of speaking voices, while “Volume Levelling” will automatically lower loud commercials for consistent sound.

Then there’s also “Night Mode” which will boost the volume of quiet scenes while quieting loud ones, for those late-at-night binge sessions when you don’t want to wake your neighbours.

In addition to its audio capabilities, the Streambar is also a Roku streaming device. The “engine” inside is similar in specs to the Roku Streaming Stick+. so you can expect fast performance.

As with the Stick+, the Streambar offers 4K/HDR streaming, and the full range of Roku “channels” (also known as apps) – from BBC iPlayer to ITV Hub, Netflix, NOW TV and Prime Video – and the list goes on and on. 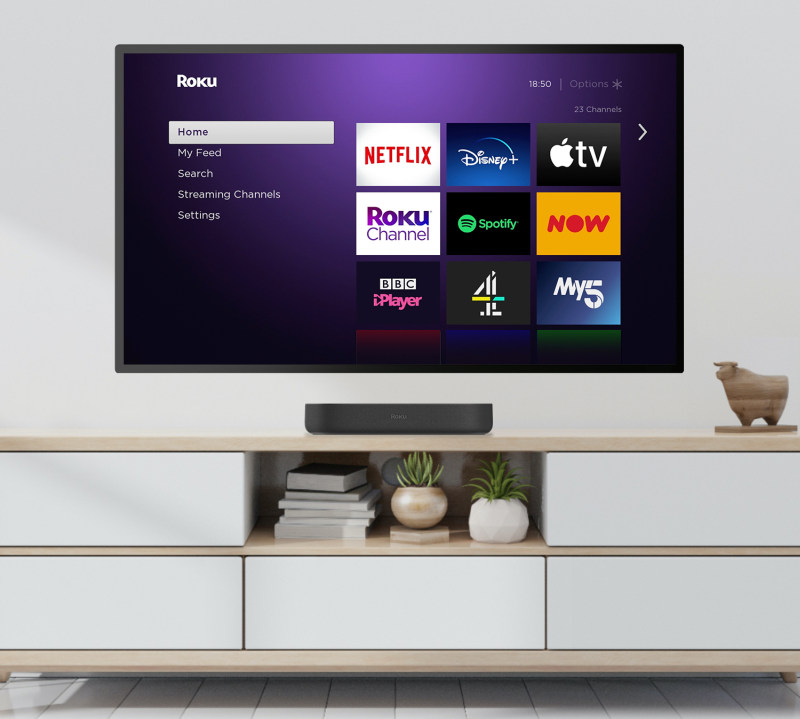 The Streambar will connect to your TV with an HDMI cable, which will also take care of the sound. If you prefer, for the audio, there’s also an Optical input. The streaming is done via a WiFi connection (or an optional Ethernet adapter).

With Bluetooth support, you can also use your mobile phone (or tablet) to stream music (from Spotify, for example) directly to the Streambar. Plus, it has a USB port, for directly connecting external hard drives with videos and music.

In addition, the Roku Streambar can connect to your Amazon Alexa or Google Assistant device, letting you control the soundbar with your voice, through those devices.

Roku also announced that by the end of the year, they will add support for Apple AirPlay 2 and HomeKit, becoming the only streaming service that supports all three voice assistant platforms.

The Streambar is expected to be available online and at major high street stores in the UK by the end of October, for a suggested retail price of £129.

While it all sounds impressive on paper – we hope to have a full review of the Streambar soon, to see how it all holds up.

5 thoughts on “Roku Launching A Smart Soundbar In The UK: ‘The Streambar’”