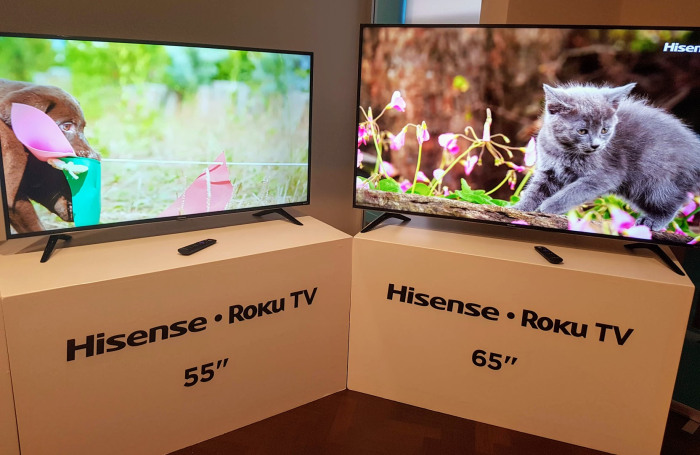 Five years after a successful launch in the US, Roku TV is finally crossing the pond: a new Hisense Roku TV will be available from next week in the UK.

The smart TV, which will be available in four different sizes, will have the Roku OS built-in, with apps for all the major streaming services available in the UK – Netflix, Amazon Prime Video, NOW TV, Apple TV+ and more. The TV will also have FreeviewPlay built-in, for live and catch-up TV watching.

The Hisense B7120 Roku TV is launching on November 29 (yes, just in time for Black Friday), and will only be available at Argos (for now, at least). It will support 4K and HDR, and will be available in four sizes and four different price points: 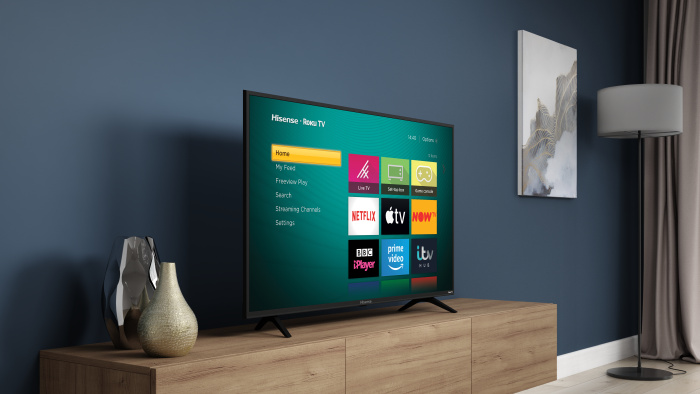 Roku’s streaming devices (like the Roku Express and Roku Streaming Stick+), as well as Roku TVs, are very popular in the US, dominating a third of the Smart TV market.

Streaming is done via “channels” (what other devices call “apps”), with more than 5,000 channels available on the Roku store – from all the big streaming services, to obscure podcasts and even influencers who stream from their bedroom.

The new Hisense Roku TV comes with an infra-red remote that controls both the TV and its Roku streaming capabilities. In addition to the remote, the Roku TV can be controlled via the Roku App on your smartphone, where you can also use voice search and voice commands.

“We are thrilled to launch Roku TV in Europe starting with the UK”, said Bart Bomers, VP EMEA at Roku. “Roku TV models have been incredibly popular in the US for years. Roku TV models simply offer a fantastic smart TV experience: are simple to use, packed with entertainment and deliver exceptional value.”

The Roku TV will have to compete with the Fire TV Edition Smart 4K JVC TV, which is a Smart 4K TV with Amazon’s Fire OS built-in, as well as Alexa capabilities. (The JVC Fire TV edition is already available to buy from Currys).

Having had a chance to play and observe the Hisense Roku TV up-close for a short time, it does indeed look impressive. Anyone familiar with the Roku TV interface (which is also used to power the NOW TV devices) will feel right at home with the new TV.

When you turn it on for the first time, you’ll need to connect the TV to the internet (via either WiFi or Ethernet), and login to/create a Roku account.

Unlike the Roku streaming sticks, where you can’t do ANYTHING without first registering for a Roku account, the TV can be used in an “Unconnected” mode, just to watch the live channels – but you won’t get all of its streaming capabilities until you sign in to Roku.

All the TV’s functions – from live TV to streaming to input selection – are done via the Roku interface on the home screen. 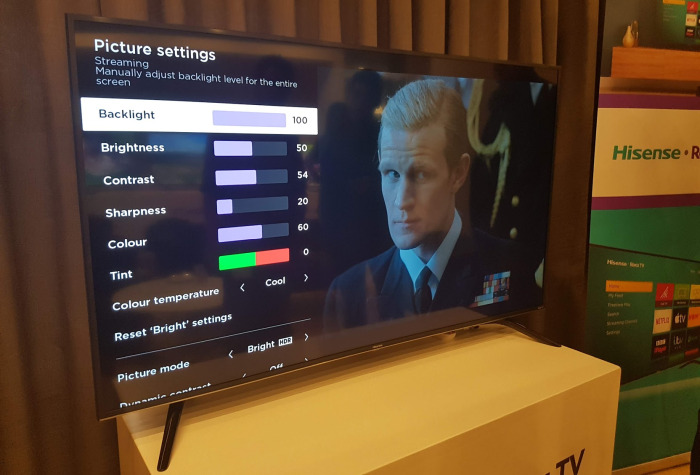 In line with that, the Roku’s remote doesn’t have – or need – the dreaded “Input Selection” button, which always causes your grandmother to frantically call with a “I’m not seeing any channels” cry for help. If you want to switch to your PS4, for example, you simply select it on the home screen, and the TV jumps to the corresponding HDMI port. When you want to get back to your main menu – you simply press the Home button on the remote.

The new BritBox service is not available on Roku, and apparently isn’t planned for the near future (according to BritBox’ support) – but that may change in the future.

The Hisense Roku TV also comes with full support for FreeviewPlay – so once you connect an aerial, you can watch live TV, as well as use FreeviewPlay’s built-in catch-up services. (So some programmes on the Electronic Programme Guide can be streamed instantly with a click of a button – via their corresponding app, such as BBC iPlayer, ITV Hub, etc’).

Since the Hisense Roko TV doesn’t haven’t a hard drive, there are no built-in Freeview recording capabilities. However, if you connect a USB stick, you can use it to pause live TV for up to 90 minutes. (But you still can’t actually record full programmes – the USB storage can only be used for live-pausing).

The Roku TV also has a universal search feature, which knows to search among ALL the major streaming services. So if you search for “Keanu Reeves”, for example, you will see all the movies he’s in, that are available on your installed streaming services. The results are even sorted by price – Free first (if Keanu’s movies are in a service you’re already subscribed to – such as Netflix or NOW TV), and then movies available to rent/purchase.

The Roku TV also has voice search capabilities – but, disappointingly, the remote is not a voice remote, so voice searching can only be done via the Roku TV app on your Android/iOS device. 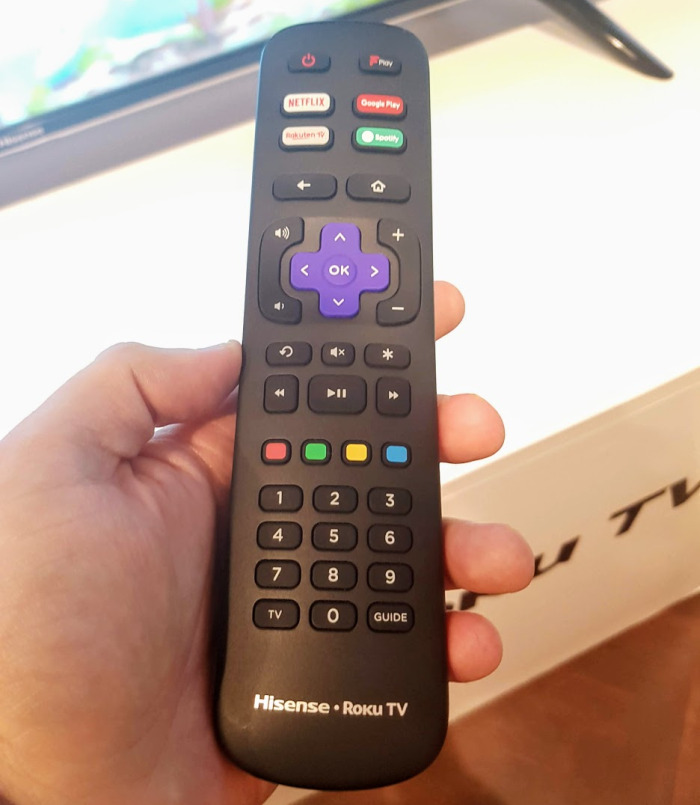 For the time being, there’s also no Alexa Support, so you can’t control the TV with an Amazon Echo device. In the US, the Roku TV does have an Alexa skill – so hopefully this feature will be added here in the future as well.

All in all, the Hisense Roku TV looks very promising. The picture quality looks superb (at least with this quick look), and the prices are very competitive. It remains to be seen how well it can compete with Amazon’s Fire TV devices, which are already quite established in the UK.

3 thoughts on “First Look: Roku TV Is Coming To The UK With A Hisense Model”