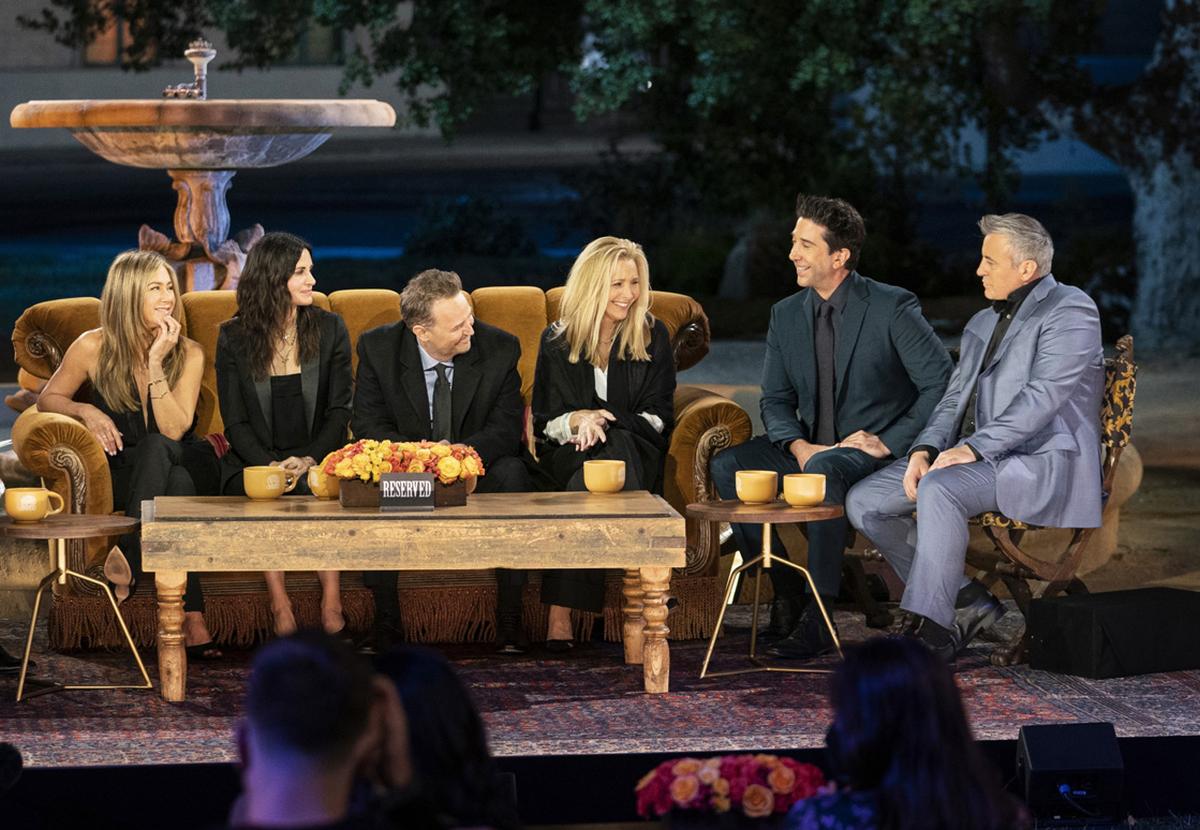 The highly anticipated special Friends: The Reunion TV special, which will bring together the original stars of Friends, has found a UK home: Sky and its streaming TV platform, NOW (formerly NOW TV).

The special episode, called “The One Where They Get Back Together”, will be available in the UK almost at the same time as its US counterpart, on Thursday, May 27 (see below for full details on how to watch it).

In the US, the reunion will be available for streaming on HBO Max, which is an American streaming service that’s not available in the UK (unless you use a VPN).

Originally, the episode was going to be released along with the launch of HBO Max, in May 2020 – but has been delayed due to the pandemic. Eventually, the special began filming in April 2021, in front of a live audience.

The stars will return to the original soundstage, Stage 24, on the Warner Bros. Studio lot in Burbank, to reminisce and talk about the show and the years that have passed.

And if you’re wondering, the stars will reportedly be paid between $2.5 million and $3 million each for the reunion special.

The trailer for the special episode, which was released earlier this week, has already amassed more than 12 million views (as of this writing) –

How To Watch The Friends Reunion In The UK

While HBO Max isn’t available in the UK, Sky announced today that the special will come exclusively to Sky and its streaming service NOW, in the UK and Ireland.

Friends: The Reunion will air on Thursday, May 27. It will be available on-demand on Sky Q and NOW from 8am and ‘live’ on Sky One at 8pm.

For the Friends Reunion on NOW, you will need the Entertainment Membership, which currently costs £9.99/month (You can sometimes find cheaper ways to sign up for NOW – see our guide).

The original Friends episodes (Seasons 1-10) are available on Netflix in the UK (with a subscription), or you can purchase them on Amazon Prime Video.

For Sky Q customers (see their bundles), Sky is celebrating the reunion with over 10 iconic quotes from the show that will be added to its voice control function.

Simply say “I’ll be there for you”, “We were on a break”, “Pivot! Pivot! Pivot!”, “Friends Reunion” and more into your Sky Q voice remote on Thursday to enjoy The One Where They Get Back Together.

The Full list of voice commands to use on Sky Q: