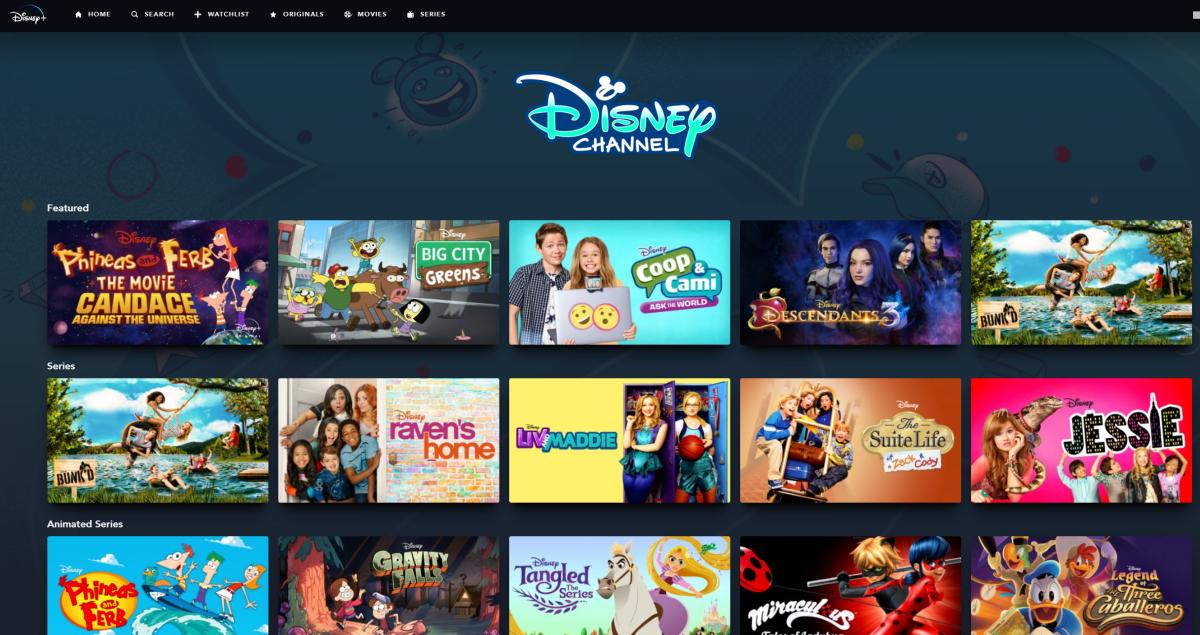 We knew this day was coming, and now it’s here: 25 years after its UK launch, people are waking up and asking what happened to The Disney Channel.

Well – “The Disney Channel” officially shut down today on Sky and Virgin Media, along with “Disney Junior” and “Disney XD”.

Most of those Disney channels’ content, however, can now be found on Disney’s on-demand streaming service – Disney+.

The three Disney channels were available as parts of various “Kids” packages on Sky and Virgin Media, with a variety of TV programmes and Disney films.

We first reported about the imminent closure of “The Disney Channel” back in June, after Sky and Virgin Media reportedly failed to reach a new carriage deal with Disney.

Starting today, programmes from the now-defunct “Disney Channel”, “Disney Junior” and “Disney XD” will be available on Disney+.

Over 7,000 episodes of popular series such as Bluey, PJ Masks and Liv and Maddie, alongside fan favourite Disney Channel Original Movies such as Descendants and Zombies, are now available to stream on-demand.

Disney+, which is a streaming-only subscription service that requires a streaming device or a Smart TV. It launched in the UK last March, with content from the worlds of Disney, Marvel, Pixar, Star Wars and National Geographic.

From the start, Disney+ also had a large library of content for kids – from classic cartoons to the most recent Disney blockbusters, and now that library will get boosted with additional content from the closed channels.

The Disney+service has dedicated Kids Profiles that have an easy-to-navigate, child-friendly interface to access age-appropriate content – See our comprehensive Disney+ UK review here.

Luke Bradley-Jones, SVP, Direct to Consumer and General Manager, Disney+ EMEA, said: “Disney+ is the new home of all Disney Channel shows and movies in the UK. We’re adding hundreds of episodes from popular, family-friendly series, to enjoy on the go.

“So whether you want to watch back to back episodes of Hannah Montana, or enjoy exclusive Disney+ originals like Secret Society of Second Born Royals, Disney+ is ready for you, free from ads with child-friendly profiles.”

Disney Channel content that will be new to Disney+ starting today, includes seasons from the following shows:

What About Sky’s Customers?

On the Sky and NOW TV side of things, customers are now left without The Disney Channel and its shows – but Sky has prepared for this, with a new channel that launched in July – “Sky Cinema Animation”.

The new channel, which was added at no extra cost to Sky Cinema subscribers, curates animated blockbusters such as Angry Birds 2 along with lesser-known titles such as Astro Kid.

The Sky Cinema pass on NOW TV, which the new animation channel is a part of, normally costs £11.99/month, but for a limited time, new customers can get it for £9.99/month.

In addition, NOW TV subscribers can opt for the “Kids Pass”, which offers a variety of animated and live-action programmes for children – but not from Disney. You can check it out with a free 7-days trial.