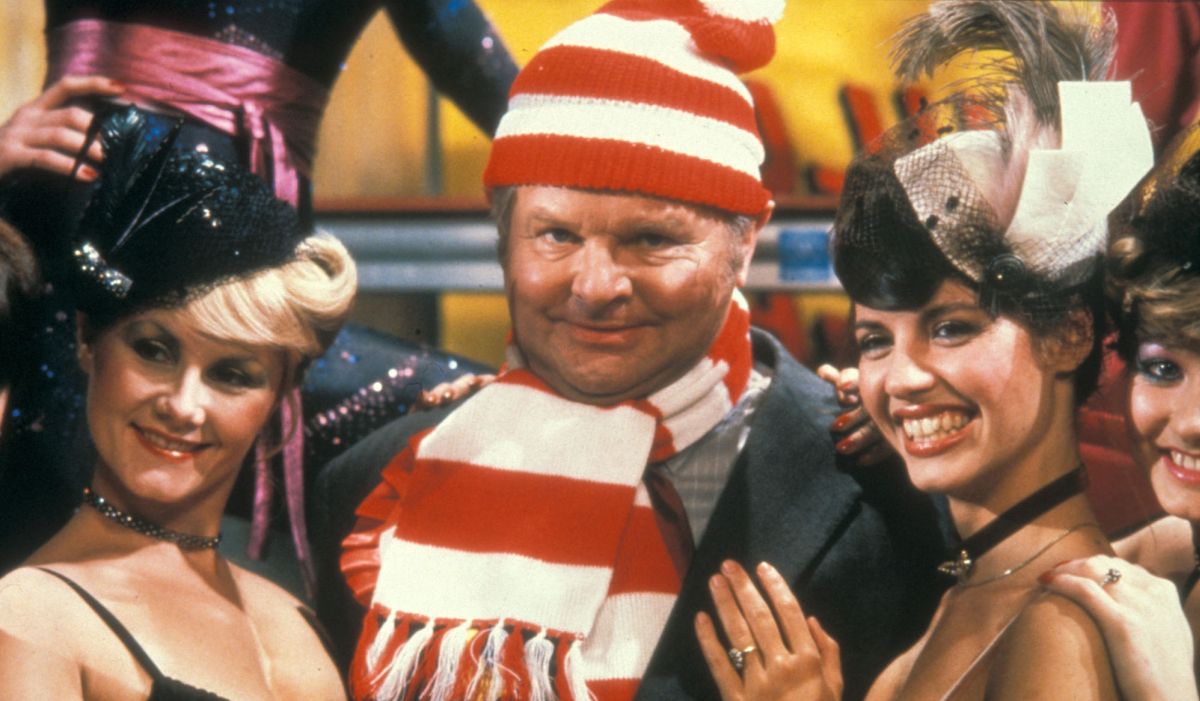 “That’s TV Gold”, a nostalgia channel that’s available on Freeview, Freesat and Sky, will be switching to its Christmas jumper this year, rebranding into a whole new channel – “That’s TV Xmas”.

Continuing its retro-focused programming, the channel will feature past classics such as The Benny Hill Show (returning to national TV after two decades), hidden camera show Beadle’s About, Christmas TV specials and more.

The channel will be available across the UK, on That’s TV Gold’s normal channels: Freeview channel 91, Freesat channel 178 and Sky channel 187.

That’s TV Gold launched on Freeview and Sky back in July, and was then added to Freesat in October. The channel normally features entertainment, music and films from the 60s to today, and includes documentaries on musical icons and film legends.

The rebranded seasonal channel, That’s TV Xmas, will launch tonight (Thursday) at 9pm, with a double billing of The Benny Hill Show.

Benny Hill was a prime-time feature of British TV for four decades, first on the BBC and then on ITV where his shows ran for a further 20 years, up until 1989.

The comedian won the first of multiple awards in 1954 when he was voted TV Personality of the Year. The Benny Hill Show received a total of 11 awards during his time with ITV and his shows were exported to over 140 countries.

Although Benny Hill is still loved by many modern comedians, his classic shows have not been licensed to any UK broadcaster for nearly 20 years.

That changes tonight with the launch of That’s TV Xmas, Benny Hill’s seasons and specials airing over a 7-week run.

Since some of Hill’s materials may be considered lewd by today’s standards, That’s TV will display on-screen messages that bring to the attention of viewers that some of the content featured in the shows reflects the standards of the time in which the shows were originally created.

What Can I Watch On That’s TV Christmas?

In addition to The Benny Hill show, some of the content on the XMAS channel includes:

The Christmas channel will run until January 4, and then return to That’s TV Gold’s normal services with a brand-new schedule.