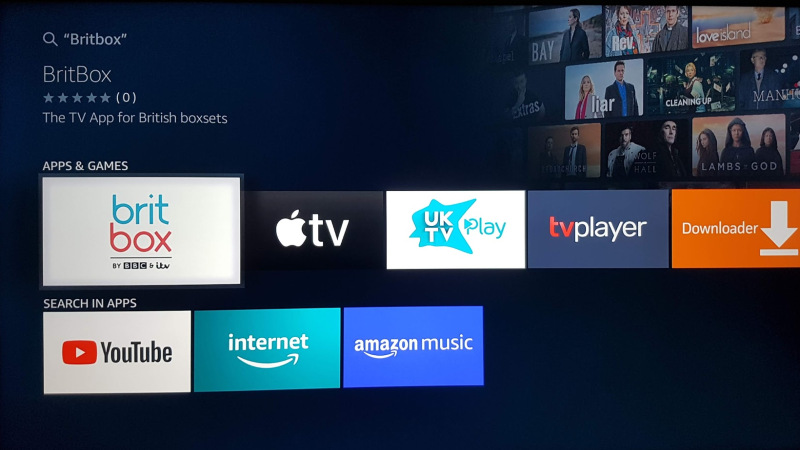 Four months after its official launch, BritBox UK, the streaming service from ITV and the BBC, finally gets Amazon Fire TV support, with a new app that was released this week. With Google Chromecast support, and some TV models, BritBox is finally becoming easier to watch on your telly.

I took the Fire TV app for a spin – and the good news is that it feels snappier than some of the other BritBox UK apps. The bad news? Some of BritBox’ shortcomings are still there.

BritBox UK, is a subscription service that brings a variety of past and current British TV programmes from ITV, BBC, Channel 5 and – soon – Channel 4, as well as classic British films, and 600+ episodes of Classic Doctor Who. It normally costs £5.99/month. (See my updated review of BritBox UK here).

When BritBox was launched back in November 2019, it was quite hard to actually watch on a TV, as it was only supported on a few Samsung TV models, and the Apple TV.

Since then, more Smart TV models were added, as well as Chromecast support. Now, finally, an Amazon Fire TV app has been released – though it was done very quietly, without any official announcements from BritBox – perhaps as a way to test the app before an ‘official’ release. 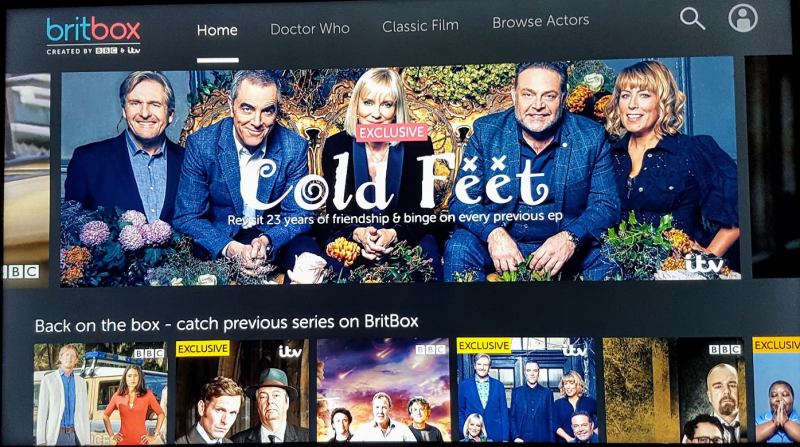 How To Get BritBox On The Amazon Fire TV

You can already download and install the app on your Amazon Firestick, Fire TV Cube, etc’ – either directly on your device, or via Amazon’s App Store.

Once you install the app on your Fire TV, you’re asked to pair it with your BritBox UK account (so you’ll need to create one on a browser or on your phone, if you don’t have one yet). Thankfully, pairing is done with a code, instead of having to ‘type’ your credentials on the Fire TV.

If you’re already familiar with the browser or app interfaces of BritBox, the Fire TV interface will look familiar, with highlights of new programmes at the top, and various categories below that.

You also get a prominent ‘Continue Watching’ section, where you can resume content you’ve already started watching (or new episodes in a series you’re watching). Thankfully, the ‘My List’ section, which has shows you marked for future watching, has finally been moved from the bottom of the interface to a higher position.

After one day of using the app, the ‘Continue Watching’ feature already failed me, as it failed to register an episode I stopped watching and then resumed – so the day after, it started again from a point I already continued from. Hopefully that’s a temporary glitch. 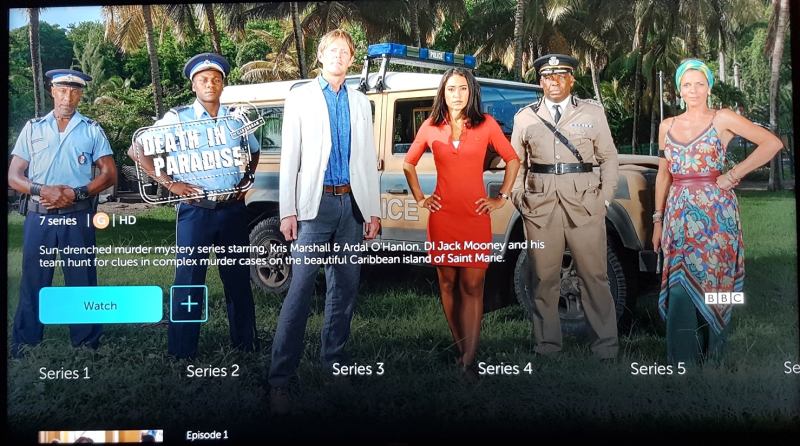 Individual screens of shows give you easy access to all the episodes – and all the seasons available – for that show.

When you start playing an episode, you can see the episode’s description when you pause – and the ability to turn subtitles (CC) on an off – when they’re available.

If you usually watch content with subtitles, this remains a sore issue on BritBox. Some episodes have them and some don’t – but episode lists don’t show you which episodes have subtitles, so the only way to find out is to actually start playing an episode. 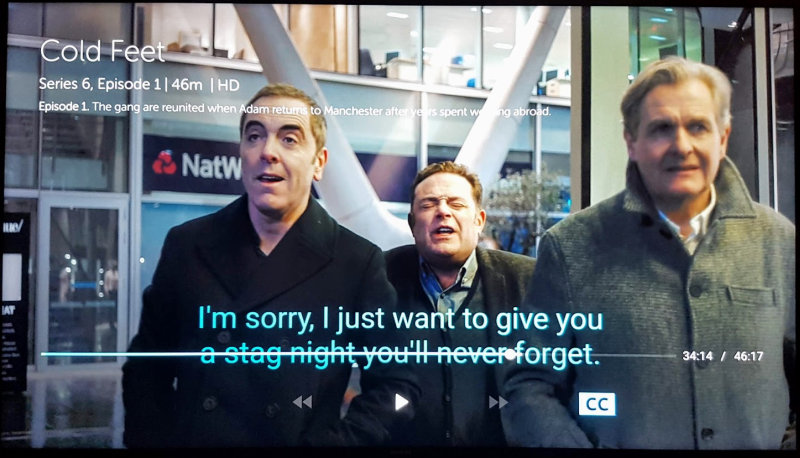 Furthermore, sometimes the same season of a show will have some episodes with subtitles and some without, and that’s infuriating. This is not an Amazon Fire TV issue, as it runs across all the BritBox UK platforms – but it’s a shame they still haven’t gotten around to fixing it.

All in all, the Amazon Fire TV app feels very responsive, and somehow looks even better than the version that lives on desktop browsers.

The one section that looks bad is the ‘Account’ screen, which looks like an out-of-place browser window. The same problem exists on the BritBox UK smartphone app – it seems like the only decent way to make changes to your account is via the BritBox UK website, and that page was never turned into a proper app screen on the Fire TV.

Where Else Can I Get BritBox UK?

The Fire TV app is a welcome addition to those who want to give BritBox UK a try. Other devices where the service is available, as of this writing, are:

Support for FreeviewPlay and YouView devices is also coming – but there’s no word from BritBox on when that’ll happen. Support for the Roku streamers hasn’t been announced at all yet.