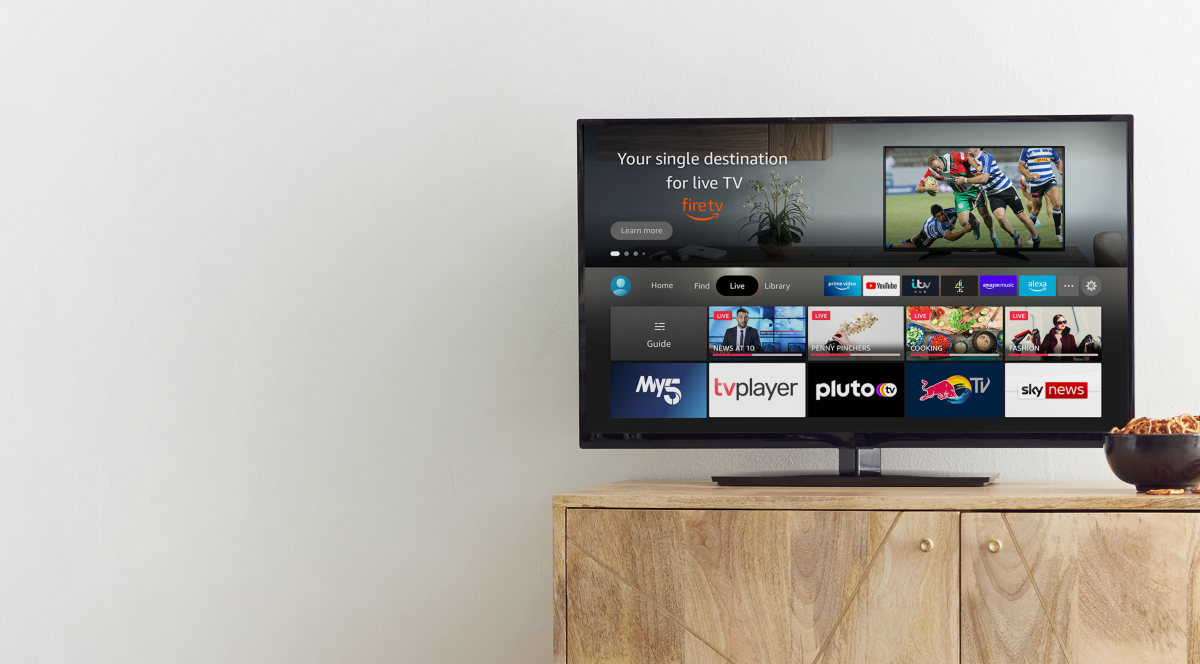 Live TV is becoming a more integral part of Amazon’s Fire TV sticks starting today – with a new, dedicated tab that would consolidate various streaming live TV services, such as Channel 5, Eurosport and others.

The Amazon Fire TV devices have always focused on streaming on-demand content, and that is still the main focus.

However, with more and more live content being added to the service – a new centralised hub for that content was needed.

This comes a month after Amazon also released a brand new interface for the Amazon Fire TV devices, which is still being rolled out to the various devices in the UK.

In the US, the “Live” section was already added to Fire TV devices last year – and in the UK, the roll-out is starting today, as a new tab in the top navigation menu on all Fire TV devices. 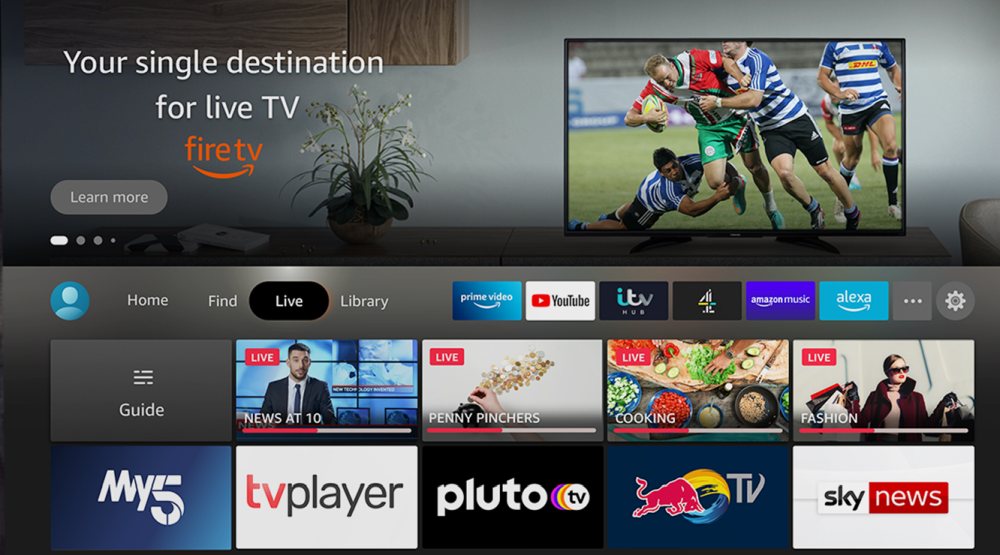 Inside the new tab, you will now be able to browse through and quickly access content you’re subscribed to, manage Live TV settings, access the integrated channel guide, and more.

The first 3rd party services that will be integrated into the Live tab are Channel 5 (with their My5 app) and TVPlayer, which is an app that lets you stream Freeview channels via broadband.

This would give you an experience that’s somewhat similar to Freeview, with a TV guide and several popular UK channel you can stream live – but over the internet, without the need for a Freeview aerial.

In addition, Amazon’s own Prime Video Channels and Prime Video Live Events are fully integrated into the Live tab, meaning customers can access and browse live content from Prime add-on channels such as Eurosport, Discovery and more, if they have a paid subscription to those channels.

The new Live tab would now make these broadcasts more accessible, in one centralised location.

Amazon is also working to expand the number of integrated third-party apps and services on the Live tab with the integrations designed to bring content out of apps and into the Fire TV user interface.