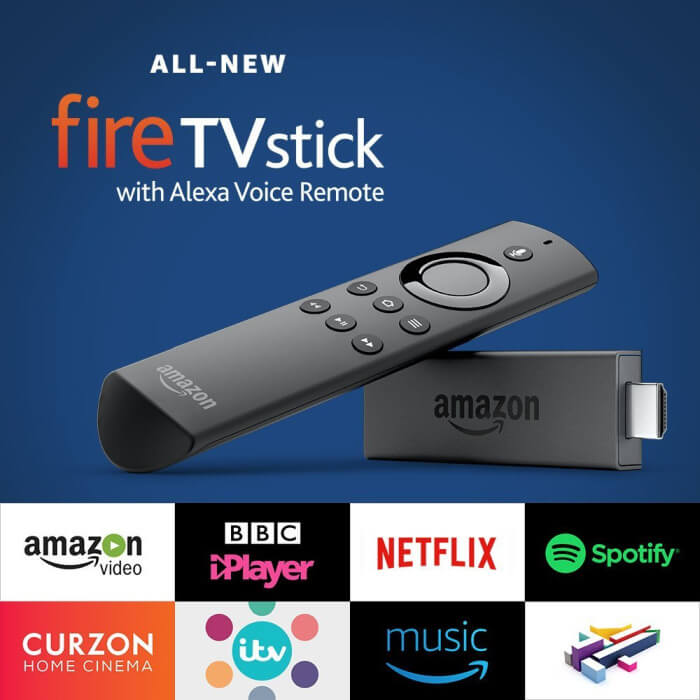 The updated version of the Amazon Fire TV stick is finally available to buy in the UK – and it brings with it Alexa, Amazon’s popular voice assistant. While Alexa was already available through the Amazon Echo device – this is the first time (in the UK), that Alexa will be available via your telly.

Amazon’s Fire TV stick is an internet video streamer, housed inside a small form factor (roughly the size of a disk-on-key stick). It gives you access to a library of thousands of apps, for video watching as well as games and utilities. With apps for Netflix, Amazon Prime Instant Video, BBC iPlayer and many others, the stick can cover most of your streaming content needs, with three glaring omissions – NOW TV, Apple’s iTunes and the Google Play Store are not available on the Amazon Fire TV echo system.

The Amazon Fire TV Stick version 2 was released in the US back in October, 2016. It features a new design, a quad-core processor (making it 30 percent faster than the earlier model), and faster Wi-Fi. Note that while the Fire TV box supports 4K video resolution, the Fire TV stick does NOT, and can only handle HD, 1080p video quality.

The new Fire stick also comes with Amazon’s Voice Remote (also supplied with the set-top box version of Amazon Fire TV), which enables search across apps using your voice – and serves as the communication device between you and Alexa.

Alexa is Amazon’s version of a virtual, voice-activated assistant, similar to Apple’s Siri and the Google Assistant. Aside from being able to find movies and programmes across various apps (including Netflix), Alexa can also tell jokes, answer questions, and – crucially for UK audiences – talk about the weather.

Alexa also works with third-party “skills”, which will enable you to use your voice to order an Uber, order Pizza, turn on the lights (with compatible equipment) , etc’. Now, there’s no need to ever get off the couch – Talk to your TV (via Alexa and the Fire TV stick) – and the processor in the cloud will do the rest.

It is expected that the previous models of Amazon’s Fire TV devices (The Fire TV boxes and the first Fire TV stick) will also get Alexa support via a software update, but a date for when that will happen is not known at this point.

The updated Amazon Fire TV Stick is available for Pre-Order from Amazon, for £39.99, and should arrive on April 6, 2017.