Several months after it first launched on just a couple of devices, the redesigned Amazon Fire TV interface is coming to more models of Amazon’s streaming devices.

The new interface brings with it a fresh look, more content recommendations, user profiles across the whole system, and more.

The new Fire TV UI was first announced back in September and was presented as “the biggest interface update ever” for the Fire TV devices, which have been around since 2014.

Starting today, the redesigned interface will begin rolling out to additional devices in the UK:

The Fire TV Stick 2nd Generation and the Fire TV Smart TV (such as the JVC Fire TV Edition TV) will have to keep waiting, with the rollout for them planned for later this year.

Since the rollout is going to be gradual, some users might get the new interface a bit later than others – Amazon told us the rollout will take place over the coming weeks.

If you’re familiar with the old Fire TV interface, the changes might not seem major – it looks bit different, there are new content recommendations and a few sections (like the search function) have been improved or at least sprayed with a new coat of paint.

Having spent time with the new interface, I can say that it’s a big improvement in some areas – but also, makes the Fire TV even more confusing to use than before, at least for some.

It now becomes even harder to understand where content is coming “from”, which content you can see for “free” (via an existing subscription), and what you would need to pay more for (by renting it, for example).

Still, it’s a good start which will surely be improved further – and some of the new additions do make it better than before.

In the old Fire TV interface, the Main Menu was kind of hidden at the top. In the new interface, the main menu is right at the centre, giving you fast access to the search (“Find”) function, your full library of purchased content (and your watchlist), and shortcuts to your most-used apps. 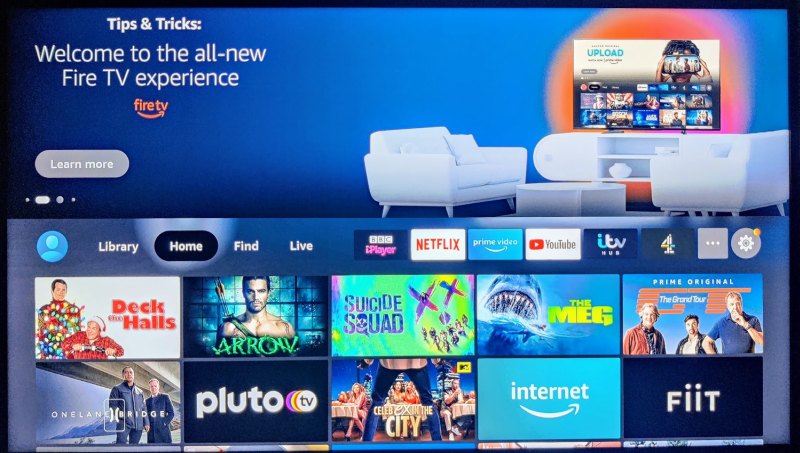 The Amazon Prime Video app already supported user profiles for some time, giving you the ability to set different watchlists, watch history and personalised recommendations for different members of the family. 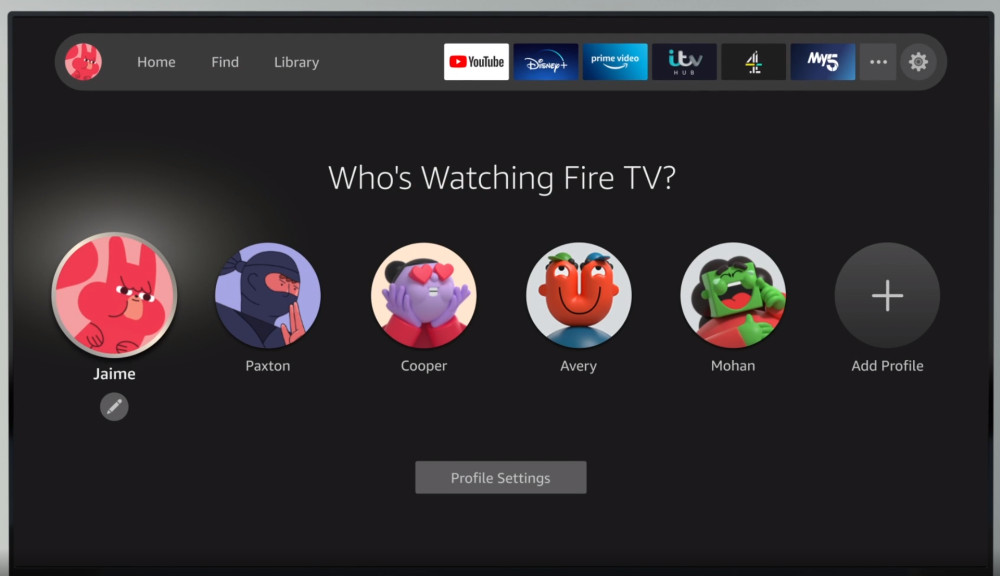 Now, those profiles are built into the Fire TV OS itself, so the whole experience can change a bit for each member of the family.

It’s not just about Prime Video now – but the system-wide content recommendations, global watchlist, etc. will now all be personalised for each user.

The new “Find” tab combines the regular “Search” function, which you can do either with your voice (if you have the voice remote) or by using the virtual keyboard.

But on the new Find screen you can now also browse and discover content – by genres (Action, Sci-Fi, Horror, etc) and categories. Plus, it’s where you access the app store, to find more apps to install.

You can find a more detailed look at the new Fire TV interface here.