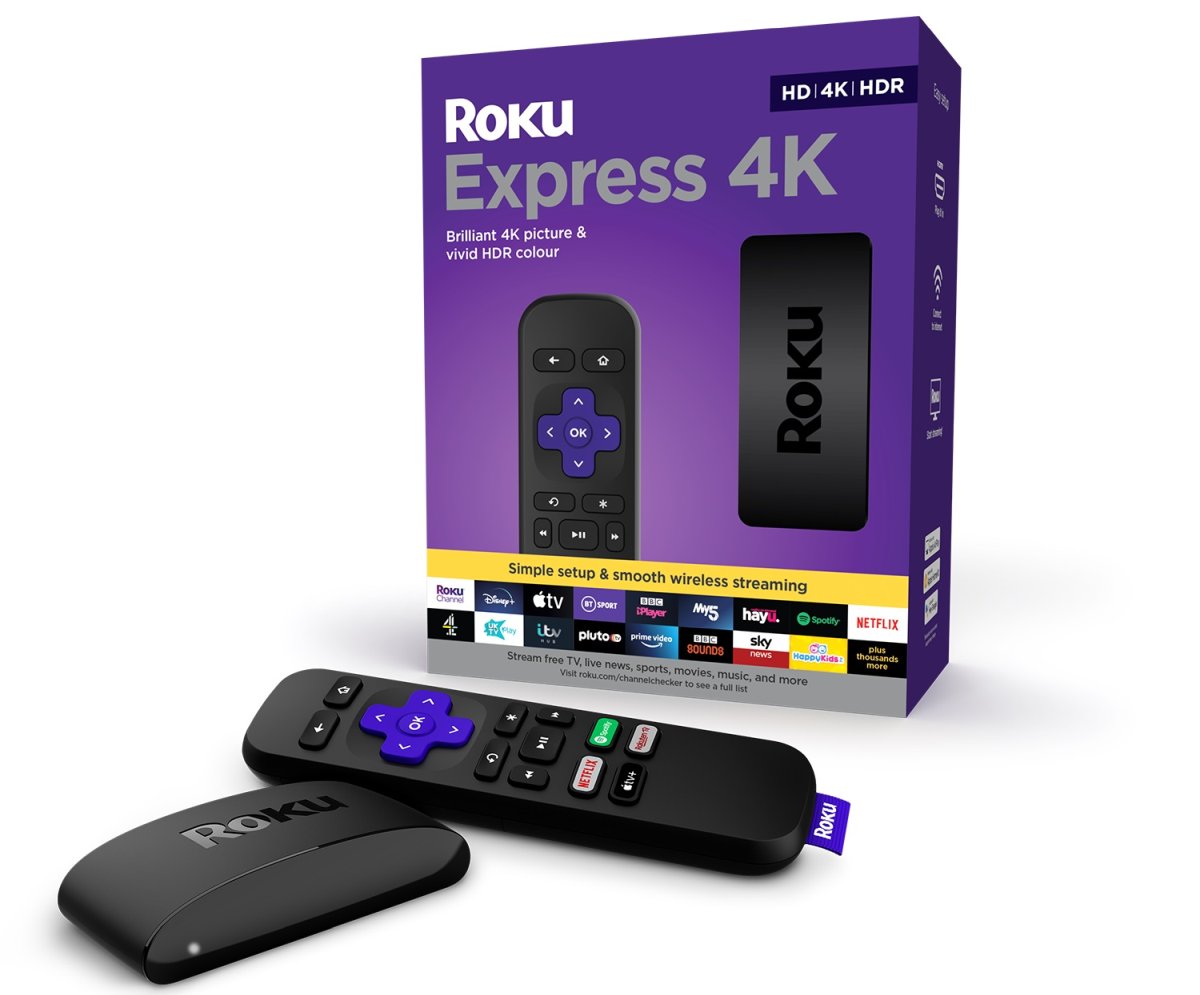 Roku is trying to heat up the streaming battlefield again, with the upcoming UK release of a new streaming player: the Roku Express 4K.

The device, which is an upgraded version of the Roku Express, will offer a faster processor and Ultra HD picture quality – at a higher price point.

In addition, Roku announced today the release of Roku OS 10 – a new version of their operating system, which will roll out to existing devices in the UK (and worldwide).

And, as is often the case, Roku also announced a few US-only devices, which may or may not make it to our side of the pond.

Roku, which is one of the leading streaming device providers in the US, has its work cut out for it in the UK, where – according to Strategy Analytics, its market share was a mere 4% in 2020.

Samsung’s Smart TV devices had a market share of 30%, and the Amazon Fire TV streaming devices were at 19%.

The brand new Roku Express 4K shares its form factor with Roku’s 2019 Express – it’s not a stick, but a tiny box that connects to your TV with an HDMI cable.

In our original Roku Express review, I noted that it felt a bit slow and underpowered, while the HD-only support was obviously another downside.

The Roku Express 4K tries to address both these issues: it has a faster, quad-core CPU (Realtek 1315, as opposed to the previous ARM Cortex A53), and even more importantly, 1GB of RAM, where the previous Express only had 512MB.

And while the original express only supported a resolution of Full HD (1080p), the Express 4K now supports a resolution of up to 4K at 60fps, along with HDR10/10+ and HLG support.

The Express 4K will also support Dual-Band WiFi for a faster connection, as well as support for a wired Ethernet connection via the microUSB port.

Note, however, that unlike some of Roku’s other streaming devices – the Express 4K doesn’t come with a voice remote. You can still control it with an external Amazon Echo or Google Home device if you have one – but it doesn’t have its own voice search capability.

If you’re wondering where this puts the Roku Premiere – which was, until now, Roku’s mid-market product in the UK – we’re wondering the same thing, as it costs the exact £39.99 for now, and is also tiny 4K streaming box. 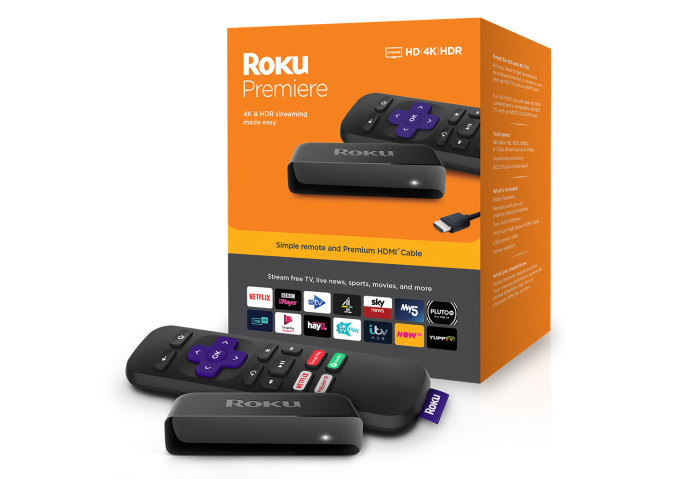 The Premiere, however, does come with a voice remote.

But things get even more confusing if you look at the new US naming conventions – over there, Roku announced today the Roku Express 4K ($35), and the Roku Express 4K Plus ($39.99) – which in essence replaces the Roku Premiere, and DOES come with the voice remote.

Will we get the actual Roku Express 4K Plus in the UK, and will the pricing for the Roku Premiere change? That remains to be seen.

Roku also announced today the release of a new version of its operating system, which will begin rolling out to existing devices across the UK. (The new Roku Express 4K will come pre-installed with OS 10).

Some of Roku OS 10’s features include:

In the US, Roku also announced a new “Instant Resume” feature, which will enable streaming apps to resume streaming the last film/show you were watching before you exited the app.

We saw no mention of this in the UK – presumably because it requires support from every app’s developer (and thus even in the US, it won’t work with the big names such as Netflix and Amazon Prime Video, for now).

As always, Roku is teasing us with a few products which were only announced for the US market (that brings memories of the Roku Ultra streaming player, for example, which was never sold in the UK). 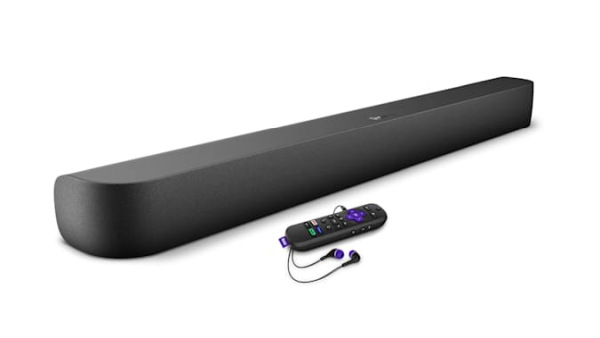 We hope we’ll see these two in the UK at some point.