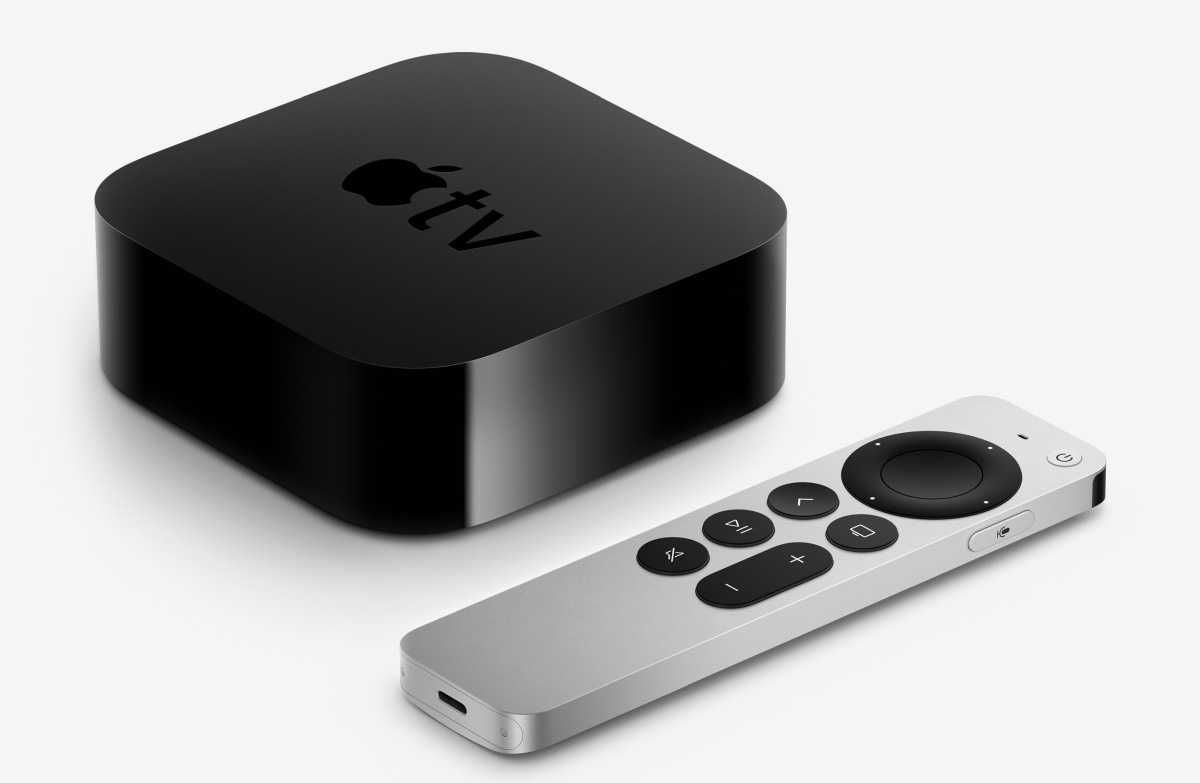 Finally, a new version of the Apple TV 4K streaming device is here, with an improved Siri remote, high frame rate HDR, a new CPU, and a few software tricks. The price, however, while still the same as before – is more than triple that of competing streaming devices.

The new Apple TV 4K was announced yesterday as part of Apple’s spring event. The Apple TV was long overdue for a “refresh”, with the last model having been released back in 2017.

In light of that, The current 5th Generation 4K Apple TV is lagging behind in terms of market share, with the Roku streaming devices and the Amazon Fire TV sticks positioned way ahead.

The new Apple TV 4K doesn’t feel like a major leap forward, but it does offer a few new features and updated hardware.

The device is now powered by Apple’s “A12 Bionic chip”. While an improvement over the last Apple TV model, the A12 was introduced back in 2018 (inside several iPhone models).

This, however, requires a TV that can support high frame rates – and those are still pretty rare. In addition, broadcasters need to support it as well, and Apple says they’re in talks with several TV broadcasters around the world, “as they begin to stream in high frame rate HDR.”

Meanwhile, you can use the high frame rate support with AirPlay, to stream 60-fps Dolby Vision video content that you filmed yourself on your iPhone 12 Pro.

Calibrate Your Apple TV – With Your iPhone

Another interesting new feature that’s coming with the updated Apple TV 4K, is the ability to calibrate your TV’s colour balance with the help of your… iPhone. 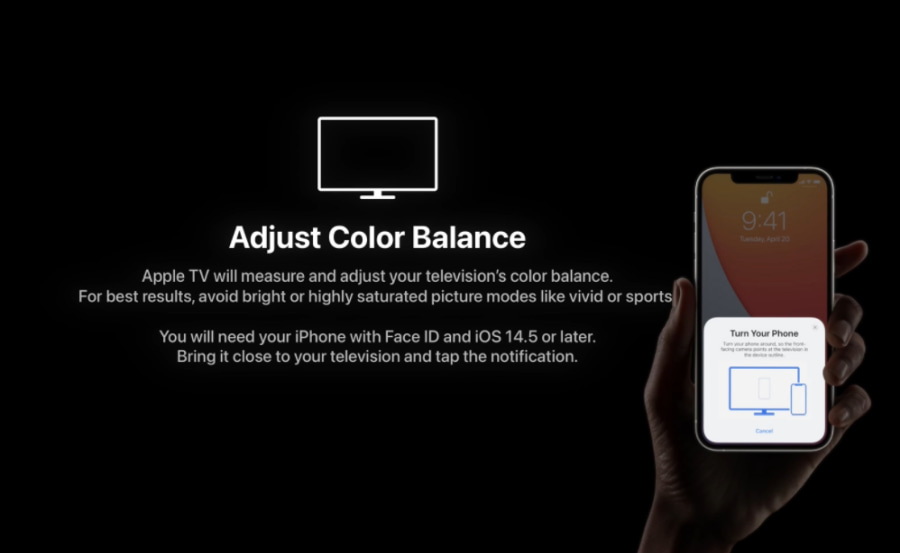 Through an innovative colour balance process, Apple TV can now work with an iPhone (and its advanced sensors) to improve a television’s picture quality.

Apple TV uses the light sensor in your iPhone to compare the colour balance to the industry-standard specifications used by cinematographers worldwide.

Using this data, Apple TV automatically tailors its video output to deliver much more accurate colours and improved contrast – without customers ever having to adjust their television settings.

Manual colour balancing has been something often reserved for TV and picture quality enthusiasts, and it’ll be interesting to see whether the Apple TV can bring this to the masses using this more streamlined process.

The Apple TV’s remote has been pretty… divisive, mainly due to its trackpad which many found to be uncomfortable.

The new Apple TV 4K comes with a redesigned remote, made out of aluminium this time, that replaces the trackpad with a “clickpad” that offers five-way navigation. But worry not, the clickpad is also touch-enabled, so you can still swipe.

The outer ring of the clickpad also supports a circular gesture that turns it into a jog control, which can be perfect for scrubbing forward and back when you’re watching something.

This time around, the remote also comes with a TV Power button, as well as a mute button – which is pretty much the norm with streaming remotes these days. And of course, it also supports using Siri with your voice – to ask questions, and for easy searching of specific films, actors, etc.

The new remote is backwards compatible with the previous Apple TV generations, and you can purchase it separately for £55.

As before, Apple TV 4K will support apps for most of the major streaming services in the UK. It will also support Apple’s Arcade service for some basic gaming on the big screen, Apple Music, AirPlay and Apple Fitness+, Apple’s workout subscription service that’s built around Apple Watch.

Apple TV+, Apple’s own streaming service, will also be featured front and centre on the Apple TV 4K, with customers who purchase a new device (or a new iPhone/iPad) getting a full free year of the service.

Apple TV 4K: Still As Expensive As Ever

The new Apple TV 4K will be available to pre-order from Friday, April 30, with availability beginning in the second half of May in more than 30 countries, including the UK.

When compared to the competition, the Apple TV 4k costs more than three times as much: The Amazon Fire TV 4K stick normally costs £49.99, the Roku Streaming Stick+ is also £49.00, and the new Google Chromecast with Google TV is £59.99.

There are a few differences between the Apple TV and its competition:

And of course, the Apple TV lives in Apple’s ecosystem, so if you’re heavily invested in that and want something that can ‘speak’ flawlessly with your iPhone – then the Apple TV might be the solution.

Recently, there have been rumours of an all-in-one Apple TV device that will feature a smart speaker and a video camera for calls – but it appear we’ll have to wait longer for that one.

All in all, if you’re just looking for a good streaming device – the new Apple TV 4K fits the bill, but doesn’t really justify the huge price difference.

But as always, that’s what Apple does – they release a slick device that looks good and performs well – with a premium price tag. If you want/need to go all-in on the cohesive Apple ecosystem – you will likely find the updated Apple TV worth the premium.