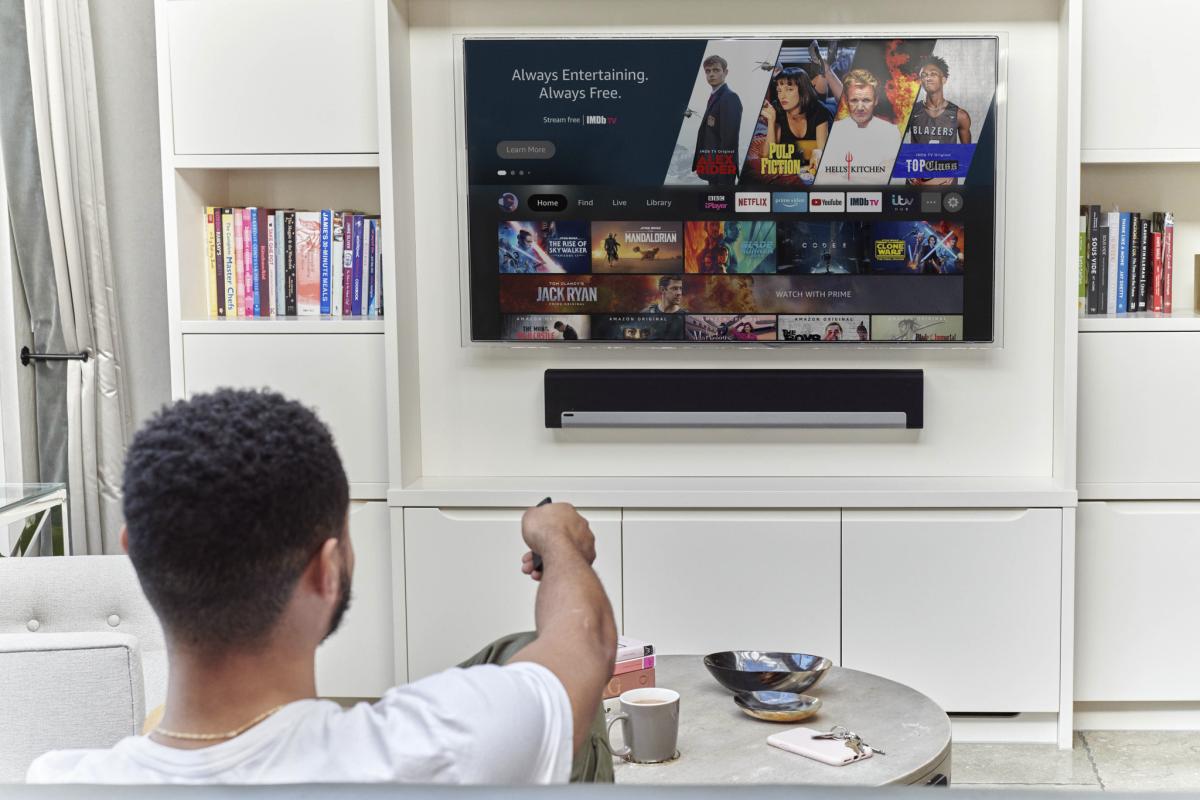 IMDb TV, the premium American streaming service where all the content is free to watch (but with adverts), is finally launching in the UK today, though with a somewhat limited (for now) library of content.

Some of the free content includes TV classics such as Babylon 5 (the remastered version), The A-Team and Community, and fan-favourite classics such as Pulp Fiction, Life is Beautiful and Cloverfield.

In addition, IMDb TV in the UK is debuting three of its original productions, though one of its most high-profile reboots – Leverage: Redemption, isn’t coming to the UK just yet.

For now, IMDb TV will be “baked into” Prime Video in the UK (as a Prime Video Channel), with a standalone app coming in a few weeks (see full instructions on how to get IMDb content down below). 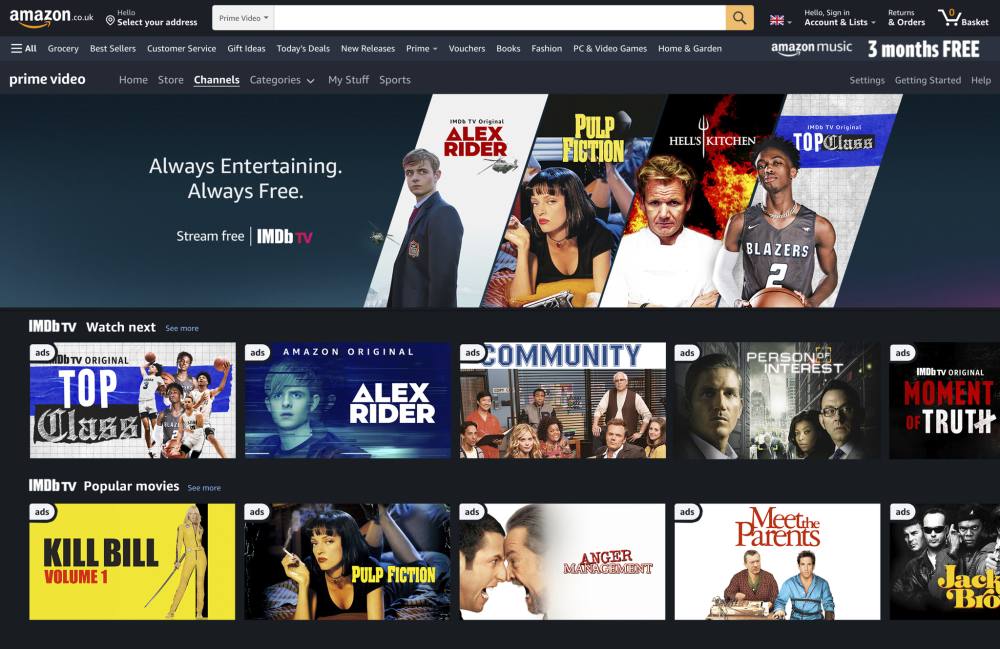 IMDb TV was launched back in 2019 by the big film database, IMDb – which is owned by Amazon. It features licensed content from a variety of studios and production companies, as well as original productions.

“IMDb TV has created a free-to-consumer destination by combining a hybrid of exclusive Originals from Amazon Studios and highly sought-after movies and television”, said Lauren Anderson and Ryan Pirozzi, co-heads of content and programming, IMDb TV.

How Can I Watch IMDb TV In The UK?

At launch, IMDb TV is only available via the Prime Video app, as a Prime Video Channel, where you can see all the IMDb TV content grouped together.

Prime Video channels are accessible either directly on a computer browser, or with all versions of the Prime Video app, which are available on almost every streaming device – Fire TV, Roku, Google Chromecast and most Smart TVs.

In addition to looking at the “channel”, you can search directly for titles that are part of IMDb TV. You will know they belong there, thanks to the “Free with Ads” tag, or simply “ads” on the title’s thumbnail. 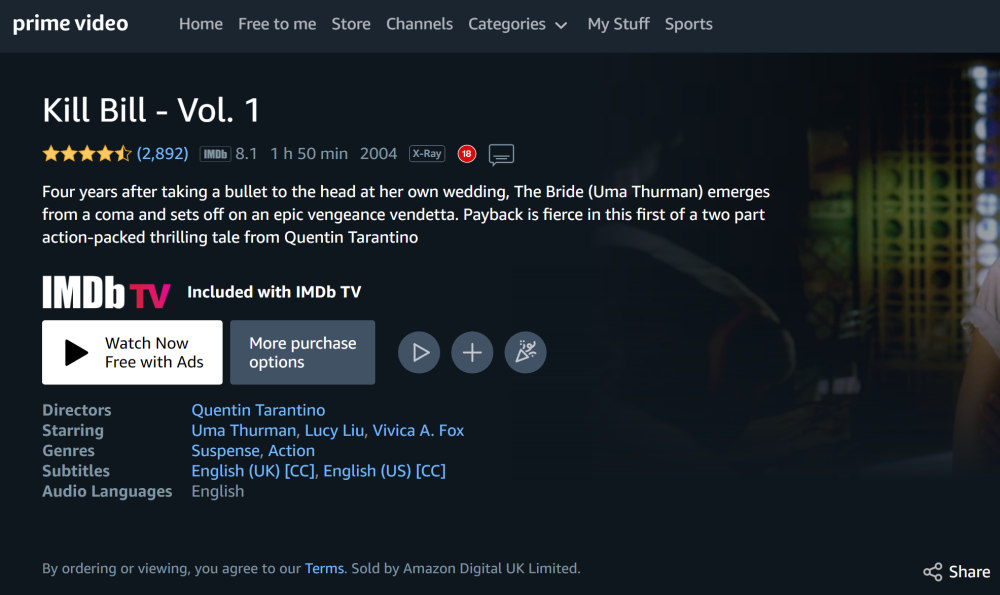 Unlike most of the other Prime Video channels, IMDb TV doesn’t require an Amazon Prime subscription – but you need to have a (free) Amazon account.

You will, however, see adverts throughout the film/programme.

What Can I Watch On IMDb TV In The UK?

As is often the case with streaming services, the content library available on IMDb TV in the UK is quite limited when compared to the content catalogue in the US – but more titles will be added in time.

However, three other IMDb TV originals are available starting today:

The series follows multiplatinum country music superstar Luke Bryan as he experiences ups, downs, triumphs, and tragedies on the road to unprecedented success.

Through original home videos, interviews, and incredibly personal footage, viewers get a backstage pass into the life of the country music singer and songwriter.

The programme reveals the never-before-seen story behind the murder of NBA legend Michael Jordan’s father, James Jordan, and the rampant corruption in a rural North Carolina county, where two teenagers, Larry Demery and Daniel Green, were convicted of the crime.

The docuseries examines the initial case through the current retrial attempt by Green, who maintains his innocence.

Top Class: The Life and Times of the Sierra Canyon Trailblazers

From UNINTERRUPTED and executive producers LeBron James and Maverick Carter, the docuseries follows back-to-back state champions the Sierra Canyon Trailblazers, the team that exploded onto basketball’s national stage with one of the highest-rated rosters in U.S. history.

In addition to these three originals, here’s a list of additional shows and films that are now available on IMDb TV in the UK: 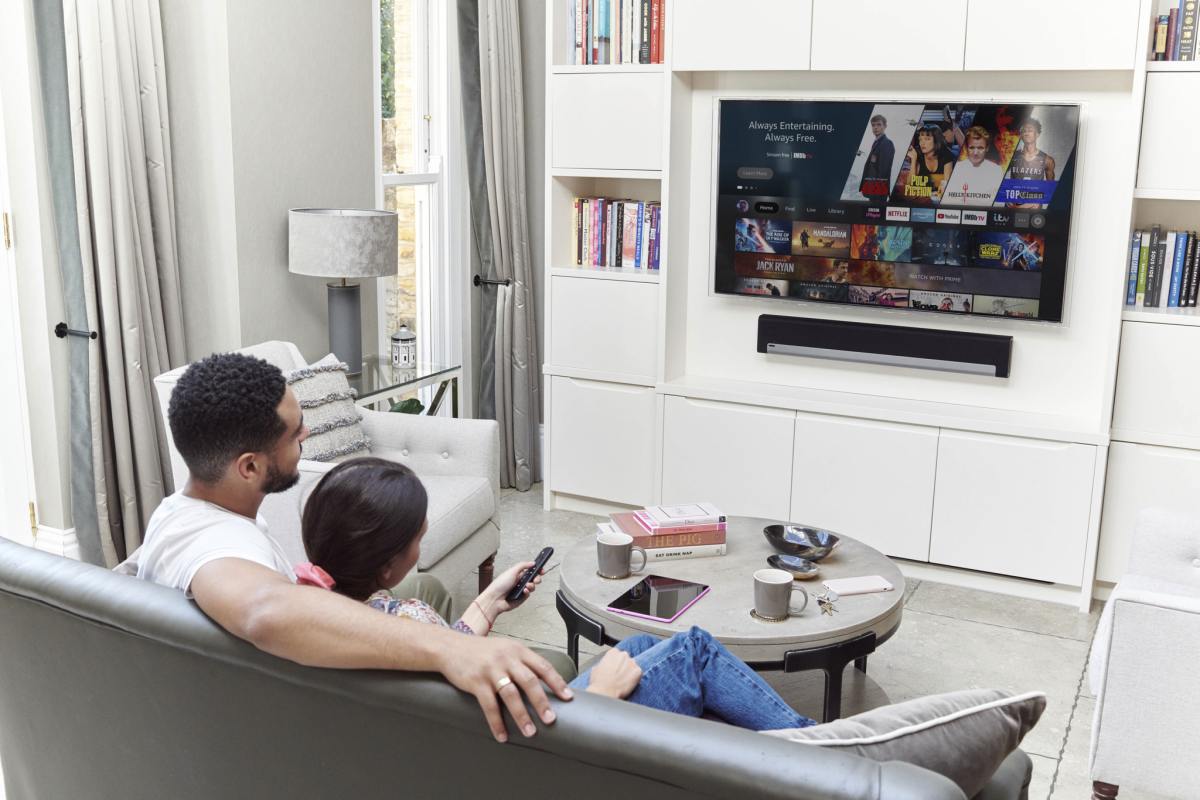 On October 4, the classic TV series The Shield will be coming to IMDb TV in the UK.

2 thoughts on “IMDb TV, A Major Free Streaming Service, Launches In The UK”