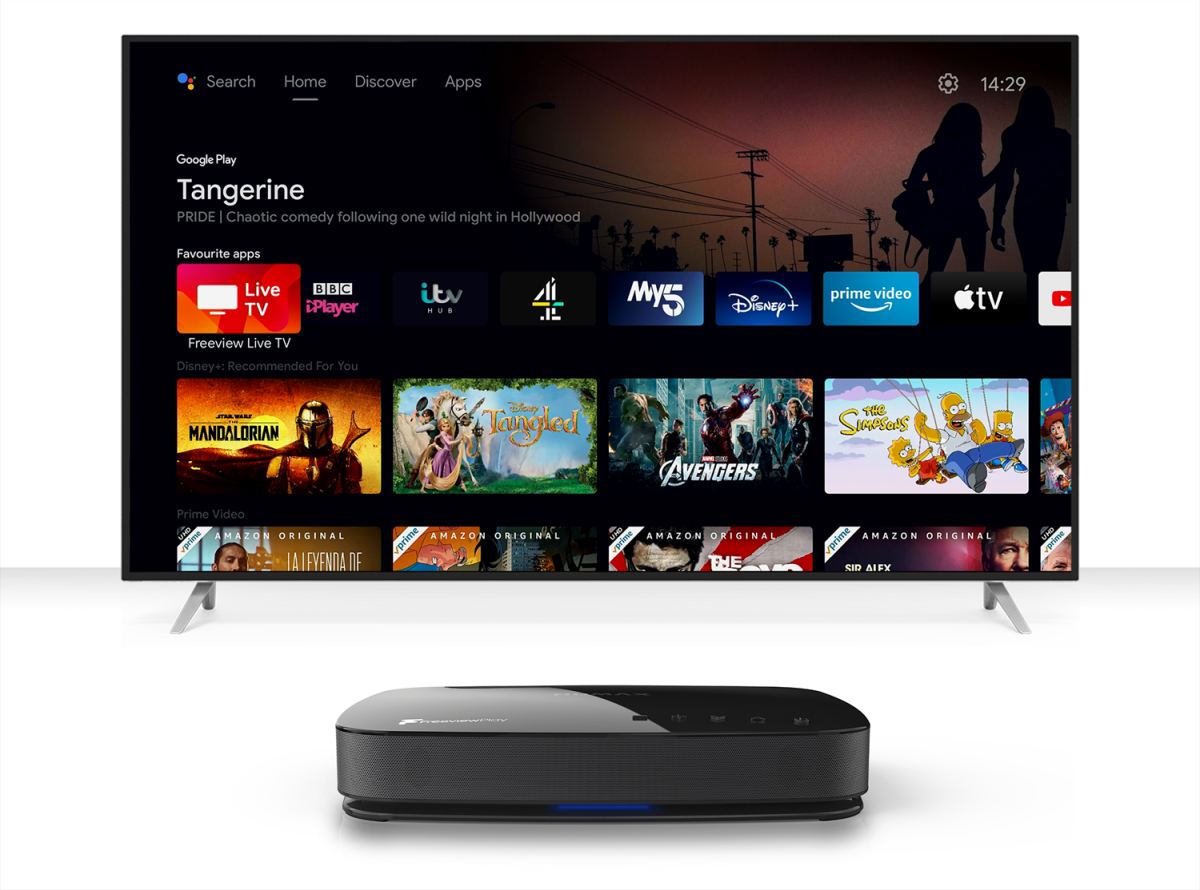 A new firmware update that’s being rolled out to the Humax Aura 4K Freeview Recorder, brings with it a set of new features and streaming services, including the Apple TV app and, finally support for Sky’s NOW service.

The free 9.21 update also includes numerous audio and video performance enhancements and improvements to the overall user experience (see the full list of changes down below).

The Humax Aura is a unique set-top box that combines a Freeview Play recorder with a streaming device that’s based on the Android TV platform (see our full Humax Aura review).

The Aura supports many of the major UK streaming services as well as Freeview Play’s broadcast catch-up apps (BBC iPlayer, ITV Hub, etc), with a fast and easy to use interface.

The Aura also has Google Chromecast support built-in, so you can “cast” video from apps on your mobile phone. The Aura does have a few app shortcomings, chief among them being Netflix (so no native app AND no Chromecast casting from Netflix).

Up until now, however, two additional major streaming services that were missing were Apple TV and NOW (formerly NOW TV), but those are being added to the device with the new update. 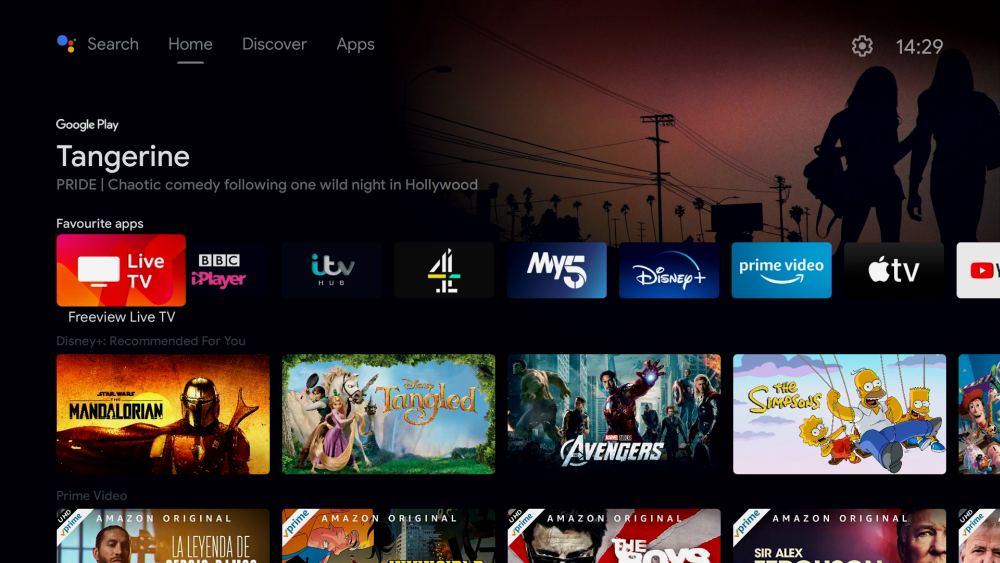 This new update comes two months after another major update, that brought a new user interface to many Android TV devices – including the Humax Aura – making them act and feel more similar to the new Google TV streaming platform.

Apple TV App: the streaming app from Apple, which includes movies, TV shows and music for purchase, also comes with Apple TV+, the paid streaming service from Apple that features shows like Ted Lasso, The Morning Show and more.

NOW Chromecast Support: The streaming service from Sky (read our full NOW review here) still doesn’t have a native app on the Aura, unfortunately – but now, you can at least watch it via Chromecast support. That means you need to install the NOW app on your mobile phone first, and then you can cast content from your phone to the Aura.

Upgraded ‘Top Picks’ and ‘Now & Next’ guides: The Aura now includes a more dynamic Top Picks recommendations guide and Now & Next section with enhanced menus that are easier to navigate.

Lip sync outside of live TV: Users can adjust lip-sync settings in their favourite apps such as YouTube or Amazon Prime Video (where before, you could only change this for live channels).

Media player compatibility: The Aura now supports audio passthrough and audio delay in other media players (such as VLC, Kodi and PLEX.) for improved compatibility.

Colour settings menu: The settings option now shares a similar look and feel with other menus. 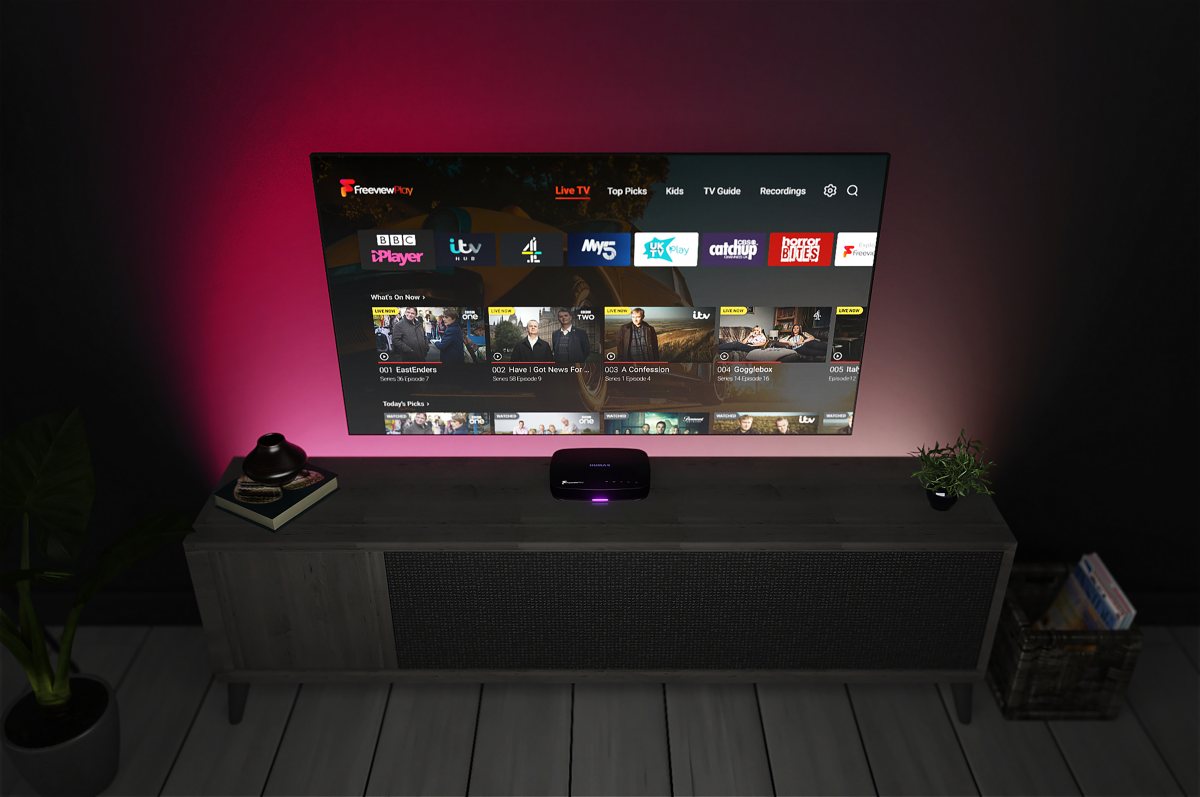 How Do I Get The New Update?

Your Humax Aura will get the new firmware update automatically when the product is in standby mode.

To know if you already have the newest version, go to Settings > Freeview Play Preferences > System Information. If you see Firmware Version 00.09.21, you’re all set.

Alternatively, you can also download the update manually, by going to Settings > Device Preferences > About > System Update.

If you just bought a brand new Aura, it will most likely arrive with an older software version, and will offer to update to the newest version when you first activate the device.