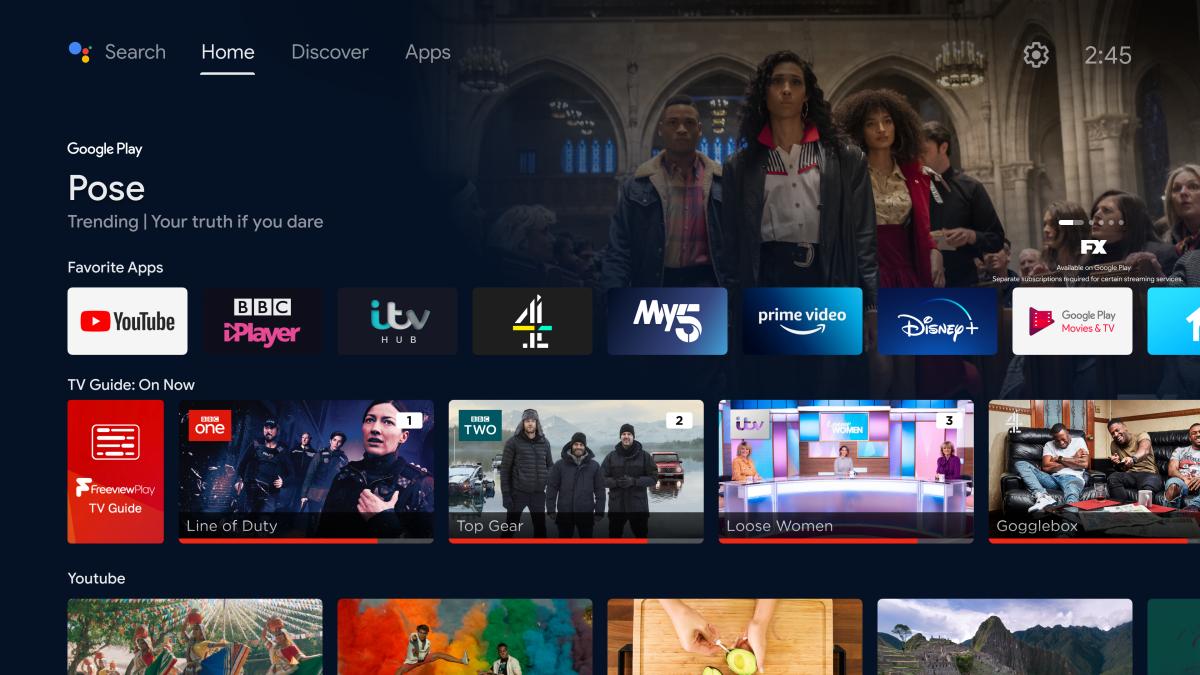 Freeview Play, the broadband-based on-demand Freeview platform is getting a new coat of paint and several new personalisation features – but only on Android TV devices (such as the Humax Aura and some TVs from Philips, Toshiba and others).

Android TV is a streaming TV operating system from Google, that was set to compete with the likes of Roku and Amazon Fire TV. Its popularity was limited, especially when compared to competing streaming devices.

Earlier this year, Google launched its new Google Chromecast with Google TV, which featured yet another version of a TV streaming operating system – ‘Google TV’ – which is different from Android TV.

For the time being, it seems that instead of moving older Android TV devices to the new Google TV OS – Google is making Android TV look a bit more like Google TV – which is where the new Freeview Play version comes in.

Freeview Play is a platform that combines over-the-air Freeview channels with over 30,000 hours of on-demand content that you stream via the internet, giving you access to several popular UK catch-up apps, such as BBC iPlayer, ITV Hub, All 4 and more.

The platform also provides convenient integration between the apps and the Electronic Programmes Guide (EPG) – and now with the main Android TV home screen.

Freeview Play requires a broadband connection (along with a Freeview aerial) and a compatible Freeview Play device, such as Humax Aura (see our review) or a supported telly.

The new Android TV interface, which is being rolled out these days to supported devices, moves the main navigation tab from the left side to the top, with new tabs.

Among them is the new Discover tab that features personalised recommendations based on viewing history and interests, alongside what’s trending on Google. The new feature learns your likes and dislikes – as long you log in to your Google account, that is.

In addition, you can now see two new rows of Freeview Play content on your main screen:

On Now – Tiles that show programmes that are on right now, on a variety of Freeview channels. The ‘On Now’ row has also been updated to give clearer programme information for each piece of content, to make it simpler for viewers to see what’s on at a glance.

On Demand - To make it simpler for viewers to explore the full range of on-demand Freeview Play content, content rows on the new UI have been updated with new player tiles, linking viewers straight to the player they are interested in.

As with all the other Android TV rows, you can customise the main screen and choose whether you want to see the new Freeview Play rows.

Simon Hunt, Director of Strategy and Business Development for Freeview Play, said: “Working closely with Android TV, we have been able to ensure that the customer journey continues to deliver for UK viewers, and ensures Android TV remains competitive in the British market.”

The new Android TV interface will be rolling out to the Humax Aura Freeview Play recorder, which is based on Android TV, as well as to Freeview Play TV models from Philips, Sharp, TCL and Toshiba.