Fans of Raymond “Red” Reddington, rejoice – Season 7 of The Blacklist is here – and is coming to the UK later this month.

So if you’re wondering how and where to watch The Blacklist online or streaming on your telly, legally, WITHOUT an expensive Sky/Cable subscription (and even for free) – read on.

The Blacklist is an American action/crime show that stars James Spader as a mega-criminal (Reddington) who has managed to escape the clutches of the FBI for years, until he voluntarily decides to start working with them – for mysterious reasons. He also insists on working with rookie FBI agent Elizabeth Keen (Megan Boone) with whom he has peculiar ties.

The show debuted back in 2013 and was a big hit for its American broadcaster, NBC. Season 7 premiered in the US on October 4, 2019,

Unfortunately, UK viewers had some waiting to do with Season 7 – but it will finally debut on Sky and NOW TV later this month.

Here’s how to watch Season 7, as well as catch-up with all the past seasons.

Where Can I Watch The Blacklist In The UK – Past And Current Episodes?

In the UK, The Blacklist normally airs on Sky – but as Cord Cutters, we’re here to help with your other viewing options – those not involving a Sky (or Virgin, or BT) subscription.

Is The Blacklist On Netflix In The UK?

But for regular UK TV watchers, these are your major options:

All past seasons (1-6) of The Blacklist are available as box-sets on NOW TV’s Entertainment Pass – so you can catch up on past seasons or just binge-through the whole series.

Season 6 aired on a week-by-week basis, and is now available in full as a box-set.

Don’t forget you can get a 7-days free trial. 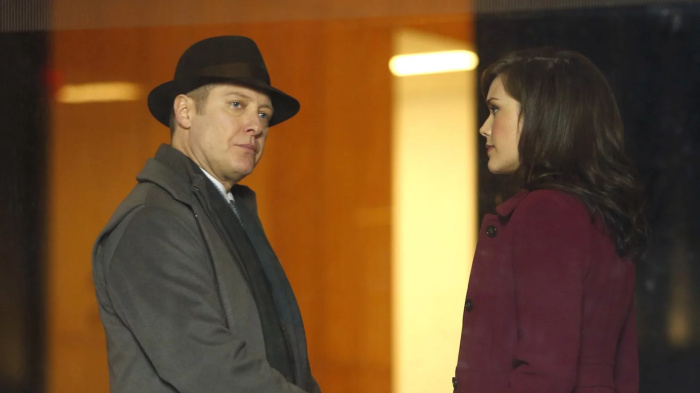 Amazon’s video on demand library (see our review) offers the older seasons (1-6) of The Blacklist as a separate one-time purchase.

Season 7 will be available for purchase on-demand – some time after the season ends in the US.

The Blacklist On Amazon Prime Video

Google’s play store offers all past seasons of The Blacklist (1-6), as a separate one-time purchase.

Season 7 will be added in the near future.