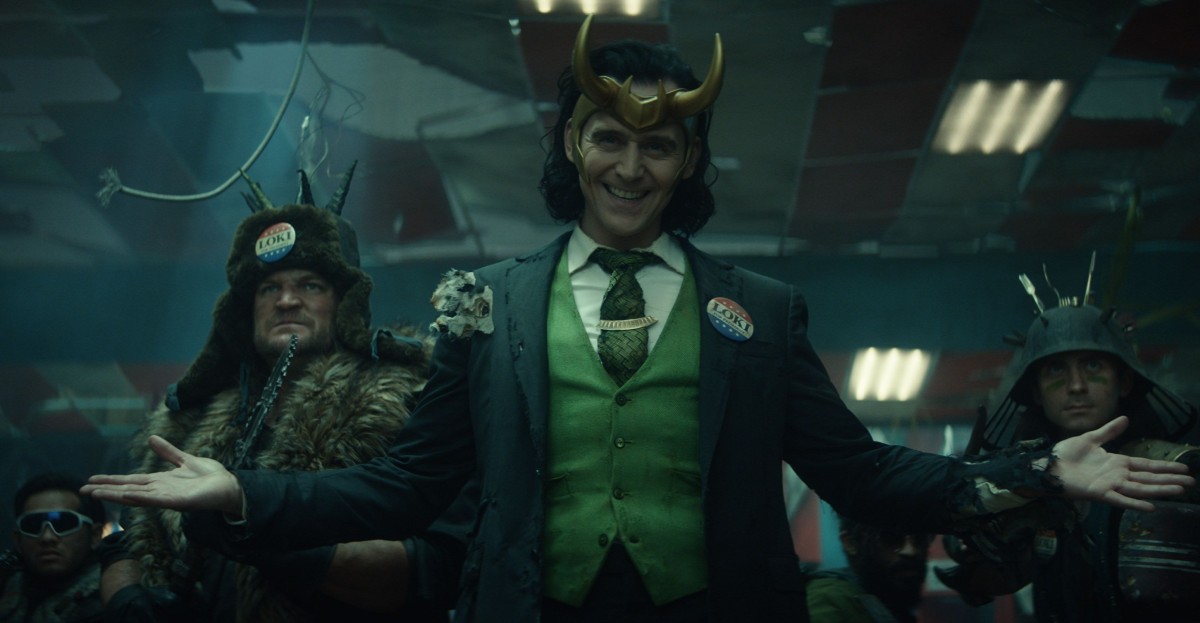 June brings with it quite a few stars to Disney+, first and foremost is of course Marvel’s Loki which brings back Tom Hiddleston for a new series, but also Raya and the Last Dragon, Pride month celebrations with Season 2 of Love, Victor and a documentary and more.

Disney+ (see our full review) can be streamed on most streaming devices and Smart TVs in the UK, and includes content from the worlds of Disney, Marvel, Pixar, Star Wars, National Geographic and Star – Disney’s general entertainment category for more mature audiences.

You might have heard the exciting news about The Walking Dead coming to Disney+, but that’s in July.

Worry not, however – there’s lots to see in June. Remember that more content is sometimes added throughout the month, but these are the current Disney+ highlights for June 2021:

This groundbreaking and acclaimed animation adventure now becomes available to all Disney+ subscribers (it was under Premier Access until now).

Long ago, in the fantasy world of Kumandra, humans and dragons lived together in harmony. However, when sinister monsters known as the
Druun threatened the land, the dragons sacrificed themselves to save humanity.

Now, 500 years later, those same monsters have returned, and it’s up to a lone warrior to track down the last dragon and stop the Druun for good.

The first-ever, scripted miniseries on the life of the legendary singer stars Grammy-, Tony- and Emmy Award-winning and double-Oscar
nominee Cynthia Erivo as Aretha Franklin.

This anthology series explores Aretha’s musical genius, incomparable career, and the immeasurable impact and lasting influence she has had around the world.

If you need a refresher, these two episodes of Marvel’s Legends will fill you in on what happened in the films with Loki and The Tesseract, ahead of Loki’s upcoming series. 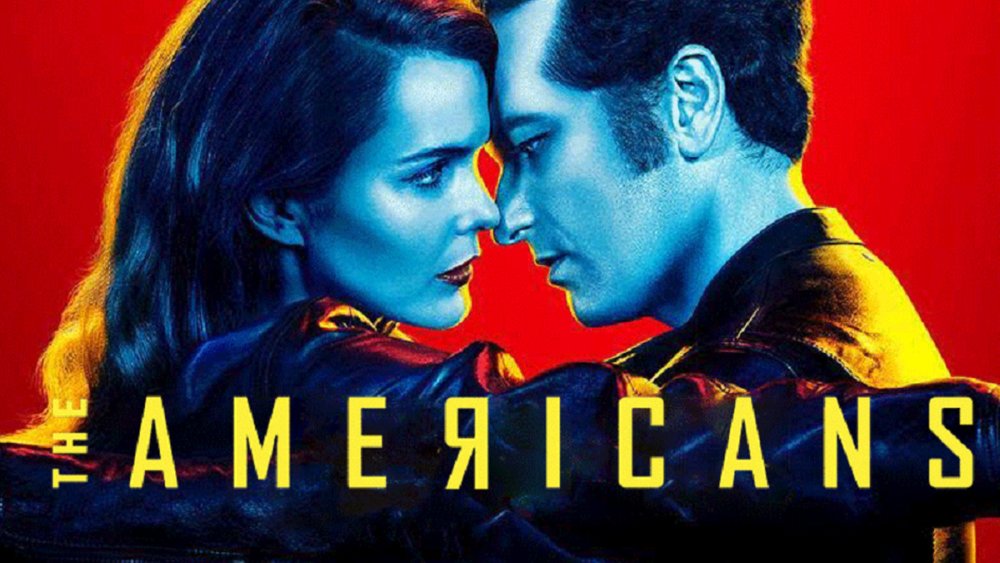 To the outside world they are a married couple with two children who run a travel agency in a suburb of Washington D.C. In reality, they are Russian spies at the forefront of the USSR’s attempts to gain information on US activities and weaponry.

A couple rekindles their passion for life and each other on one magical night.

An award-winning animated series about a young girl who can heal and speak with broken toys and stuffed animals.

Featuring the God of Mischief as he steps out of his brother’s shadow in a new series that takes place after the events of Avengers: Endgame.

The series consists of six episodes, with a new episode dropping every Wednesday (and NOT on Fridays!).

9 new episodes of this calming series, that recreates scenes from famous Disney films for meditative experience.

A National Geographic drama miniseries that follows the story of a US. Army unit trapped in during the first day of the siege of Sadr City in 2004.

Heroes of the Long Road Home with Martha Raddatz

A movie that explores the real-life stories of the men and women who inspired The Long Road Home.

A National Geographic series: Across this awe-inspiring continent, nature’s beasts battle for survival in some of the world’s harshest conditions.

When an unidentified woman is found brutally murdered, Detective Molly McGee (Emma Booth) must team up with Alex O’Connell (Ewen Leslie), a fellow cop with whom she shares a tragic past to solve the crime.

What begins as a routine investigation exposes something more insidious as political corruption and shady business dealings intertwine with sinister crimes and occult practices. To catch the killer, Molly and Alex have to face the ghosts of their past, the unsettled dead that linger in the liminal space between light and dark, life and death.

An American crime drama that follows a medical examiner who uses her skills to help solve crimes.

Set in a beautiful seaside town on the Italian Riviera, Disney and Pixar’s original feature film Luca is a coming-of-age story about one young boy
experiencing an unforgettable summer filled with gelato, pasta and endless scooter rides.

Luca shares these adventures with his newfound best friend, but all the fun is threatened by a deeply-held secret: they are sea monsters from another world just below the water’s surface.

Set in the world of the original 2018 film Love, Simon, the series follows Victor, a new student at Creekwood High School on his own journey of self-discovery, facing challenges at home, adjusting to a new city, and struggling with his sexual orientation.

When it all seems too much, he reaches out to Simon to help him navigate the ups and downs of high school. New episodes of Season 2 will drop every week.

Another season for The Disney Channel’s comedy series that started as a spinoff of Jessie.

An animated preschool series that follows the adventures of four young dinosaurs.

Kingdom of the Mummies (Season 1)

A National Geographic series: In the shadow of the world’s oldest pyramids, a team of archaeologists led by Dr Ramadan Hussein have made the discovery of a lifetime – a fully intact burial complex buried deep beneath the sand.

Each episode contains mysterious stories of the ancient past, with scientific investigations into those legends.

An animated series that follows the adventures of R2-D2 and C-3PO.

A musical drama created by Lee Daniels and Tom Donaghy that follows three young singers who navigate the music business on their road to success.

This documentary film chronicles the inspiring true story of Wolfgang Puck, a man who survived a troubled childhood filled with a series
of challenging obstacles and whose perseverance led him to become one of the most prolific chefs of our time and household name. 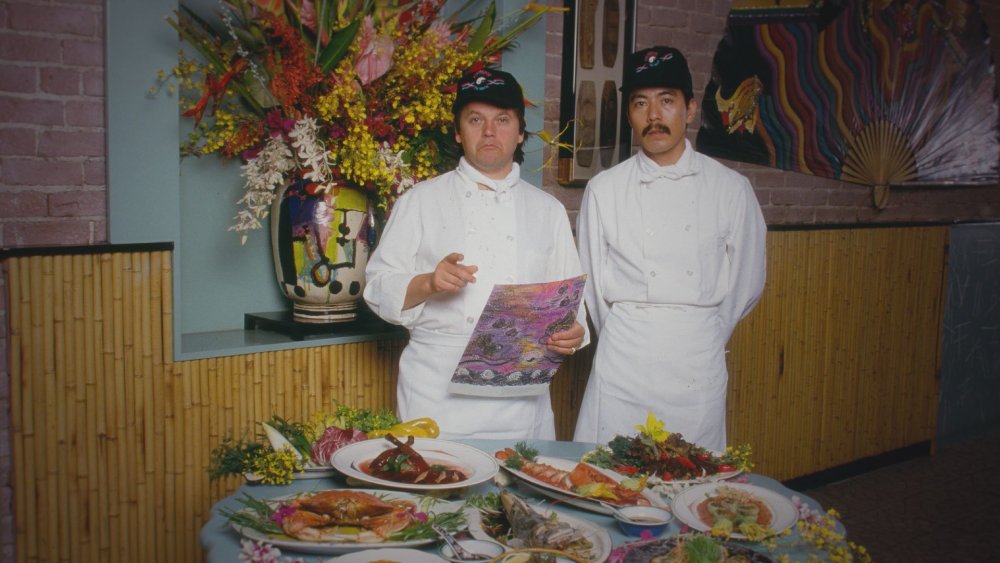 Wolfgang Puck changed the perception of what it means to be a chef, and along the way, invented a radically new American cuisine.

After winning a scholarship competition, four gifted orphans are recruited by the peculiar Mr. Benedict for a dangerous mission to save
the world from a global crisis known as The Emergency.

Reynie, Sticky, Kate, and Constance must infiltrate the mysterious L.I.V.E. Institute to discover the truth behind the crisis.

When the headmaster, the sophisticated Dr. Curtain, appears to be behind this worldwide panic, the kids of The Mysterious Benedict Society must devise a plan to defeat him.

Experts analyse various plane crashes with an aim to figure out how these disasters occurred.

Six renowned LGBTQ+ directors explore heroic and heartbreaking stories that define America. The limited series spans the FBI surveillance of homosexuals during the 1950s Lavender Scare to the “Culture Wars” of the 1990s and beyond, exploring the queer legacy of the Civil Rights movement and the battle over marriage equality.

The spinoff to the popular The Missing, the series sees Tchéky Karyo return as detective Julien Baptiste, with a new missing woman to track and a crime to solve.