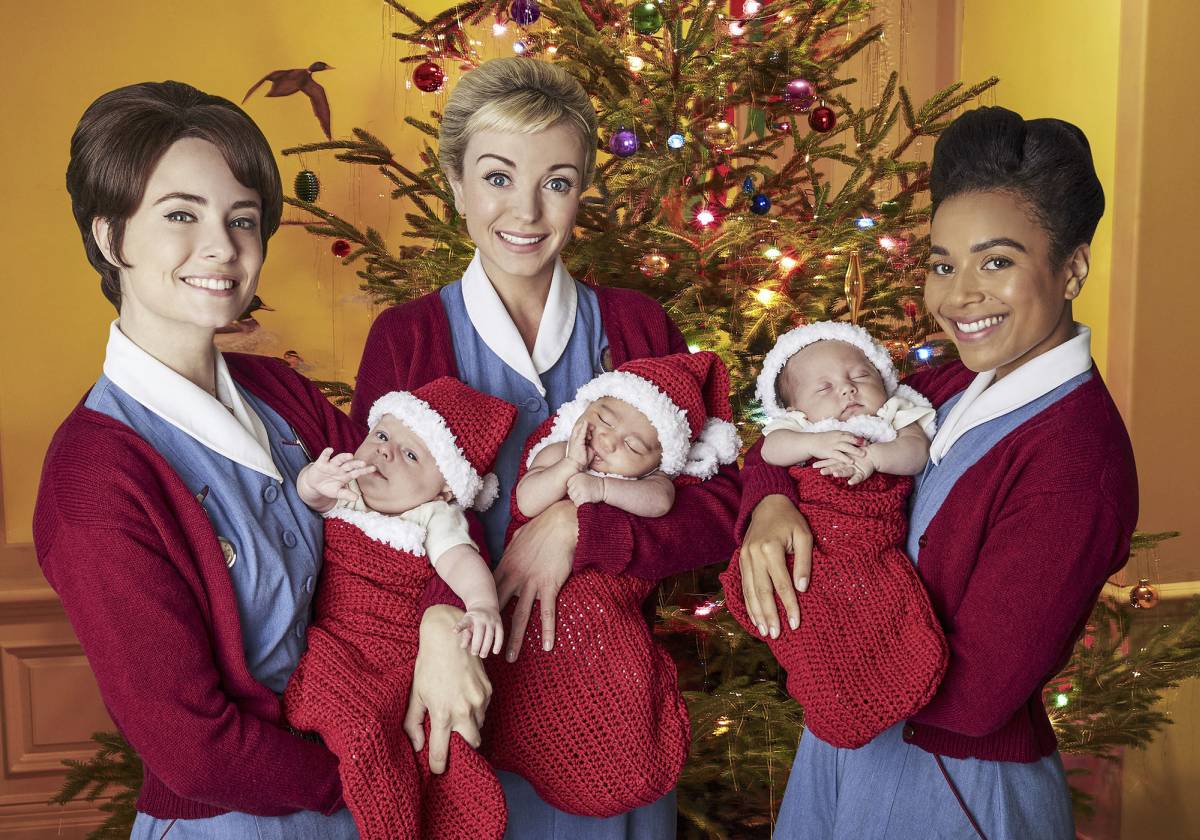 Yes, Christmas is almost here, and to help us celebrate early, BritBox is celebrating BritMas from November 26, with 200 festive Christmas specials (and even Are You Being Served? is there)

Plus, December brings with it more Film4 movies, drama and reality TV shows, as well as classic episodes from ITV’s An Audience With available for the first time in decades.

In case you need a refresher, BritBox UK is a streaming subscription service from ITV and the BBC, which brings together British TV programmes from ITV, BBC, Channel 5 and Channel 4. It normally costs £5.99/month or £59.99/year, and you can get a 7-days free trial (See my review of BritBox UK here).

Some content might be added later in the month (and Spitting Image keeps airing weekly episodes every Saturday), but here are the highlights for the month of December (and a bit of November) 2020:

Available from 26th November throughout the month of December, BritBox’s collection of Christmas treats includes over 200 TV specials, pantomimes and soaps.

Fans of festive telly can look forward to Christmas episodes from the likes of All Creatures Great and Small, Allo ‘Allo!, Are You Being Served, Bergerac, Bread, Hi De Hi!, Last of the Summer Wine, Some Mothers Do ‘Ave Em, To the Manor Born, Absolutely Fabulous, Birds of a Feather, Blackadder, French and Saunders, Gavin & Stacey, Keeping Up Appearances, Only Fools and Horses, The Good Life, The Vicar of Dibley, Downton Abbey, Call the Midwife, The Catherine Tate Show, Les Dawson’s Christmas Box and many more.

A selection of pantomimes will also be made available for the first time this festive season, including Cinderella: The Shoe Must Go On (1986)  starring Danny La Rue, Jack and the Beanstalk (1998) narrated by Paul Merton and Aladdin (2000) featuring the music of S Club 7 to name but a few.

The best festive episodes from Coronation Street and Emmerdale will round off the collection.

Surreal Film4 sci-fi horror starring Scarlett Johansson. An alien who has adopted the guise of a beautiful woman roams Glasgow, using her looks to attract men and lure them to an unspeakable fate.

Exclusive to BritBox: Heartbeat is set in the fictional North Yorkshire village of Aidensfield and brilliantly evokes the heady mood of the 1960s- all driven by a wonderfully nostalgic soundtrack of hit songs from the era.

Nick Berry stars as PC Nick Rowan in this hugely popular series that ran for 18 seasons. It centres on the local police and the many fascinating village characters; deftly combining humour and drama in its intriguing crime and medical storylines.

The legendary George Cole plays Arthur Daley, an “entrepreneur” and king of the dodgy deal. If there’s money to be made Arthur’s interested! Arthur needs a bodyguard – enter Terry McCann (Dennis Waterman); just out of prison and in need of work, Terry becomes Arthur’s business associate and “Minder”.

Drinking in the Winchester Club run by Dave “The Barman” Harris (Glynn Edwards), driving the Capri and chatting up the ladies, Arthur and Terry cook up one half-baked scheme after another and their relationship strains to the limit, but ultimately they remain the best of friends.

Before the lockdown, successful businesswoman Gemma Collins was searching for her new dream home. With Gemma closing the doors to her Brentwood shop, will the lockdown put her dream home and future in jeopardy?

They’re a pair of playboys with nothing in common but trouble… Roger Moore is Lord Brett Sinclair, a classic English aristocrat who finds his elegant life a bit dull.

Tony Curtis is Danny Wilde, a rough-and-tumble Yank who worked his way from New York City’s slums to great wealth.

Thrown together by a judge who wants a second shot at criminals he’s been obliged to let walk, they are The Persuaders!, operating in the name of justice, on the fringes of the law.

In 1930s London opportunity fills the air, but for the young, sensitive and naïve Doctor Robert Jekyll a dark past lurks in the shadows.

Jekyll has inherited his grandfather’s curse, and in extreme moments is overcome by an inexplicable power – Hyde. Superhuman and uninhibited, the devilishly alluring Hyde is everything Jekyll isn’t.

Stunning CGI, a captivating score and mesmerising performances with a subtle wit and romance capture Jekyll’s struggle to balance the light and dark inside himself as he falls deeper into Hyde’s fearsome yet magical world.

Coronation Street is one of the world’s longest-running and most-loved TV soap operas and this programme will take viewers on an affectionate rollercoaster ride through Weatherfield and its bloopers.

A selection of the best episodes of the iconic entertainment show in which a celebrity host performs for an exclusive audience of celebrity guests.

Ferne McCann, as she navigates her biggest challenge yet: motherhood. We follow Ferne as she adapts to life as a single parent following the birth of her first child in 2017, baby daughter Sunday.

Having navigated their way through lockdown, the Essex elite are back, and TOWIE royalty makes a welcome return to the fold. Amy Childs is back.

Julia Ormond and Ben Barnes star in the new BBC One domestic noir Gold Digger, about a woman falling in love with a much younger man and the effect it has on her already damaged family.

This box set contains series one and two of the classic comedy from 1983, showing the lads adventures in Germany, Spain and back home in Blighty.

A fascinating glimpse behind the scenes of early television production as producer Francis Essex attempts to assemble his variety show Six Wonderful Girls, footage of which is juxtaposed with a lecturer teaching his students about the new medium of television.

Essex is trying to juggle his finances, arguing with executive Bill Ward over having to reduce his budget by £1,000.

The Hornblower series begins in 1974 in Portsmouth, England and is based on the character of Horatio from C.S. Forester’s stories.

As a fierce squall rages in the English Channel, a pale-faced 17-year-old midshipman huddled at the stern is just embarking upon his career in the Royal Navy.

Sea-sick and drenched, Horatio Hornblower is laughed at by his new comrades as he boards a ship for the very first time. Little do they realise, however, that this young boy is destined to become one of the most courageous heroes of the Napoleanic Wars.

The entire comedy-drama series from Alan Plater. In The Beiderbecke Affair (1984), woodwork teacher and jazz buff Trevor Chaplin (James Bolam) has always fantasised that a beautiful blonde will enter his life and simultaneously provide him with rare recordings of his hero Bix Beiderbecke. Unlikely as it seems, this is just what happens one evening when Trevor is at home in his flat.

In The Beiderbecke Tapes (1987) Trevor and Jill find themselves plunged into another jazz-related mystery when the former purchases some Bix Beiderbecke tapes from a pub barman.

In the final part of the trilogy, The Beiderbecke Connection (1988), Trevor and Jill are still living together, and they now have a baby boy to look after as well. Their household is increased still further when old friend Big Al asks them to take in a refugee as a favour; Trevor is reluctant until he discovers that his new guest is, like him, an ardent jazz fan.