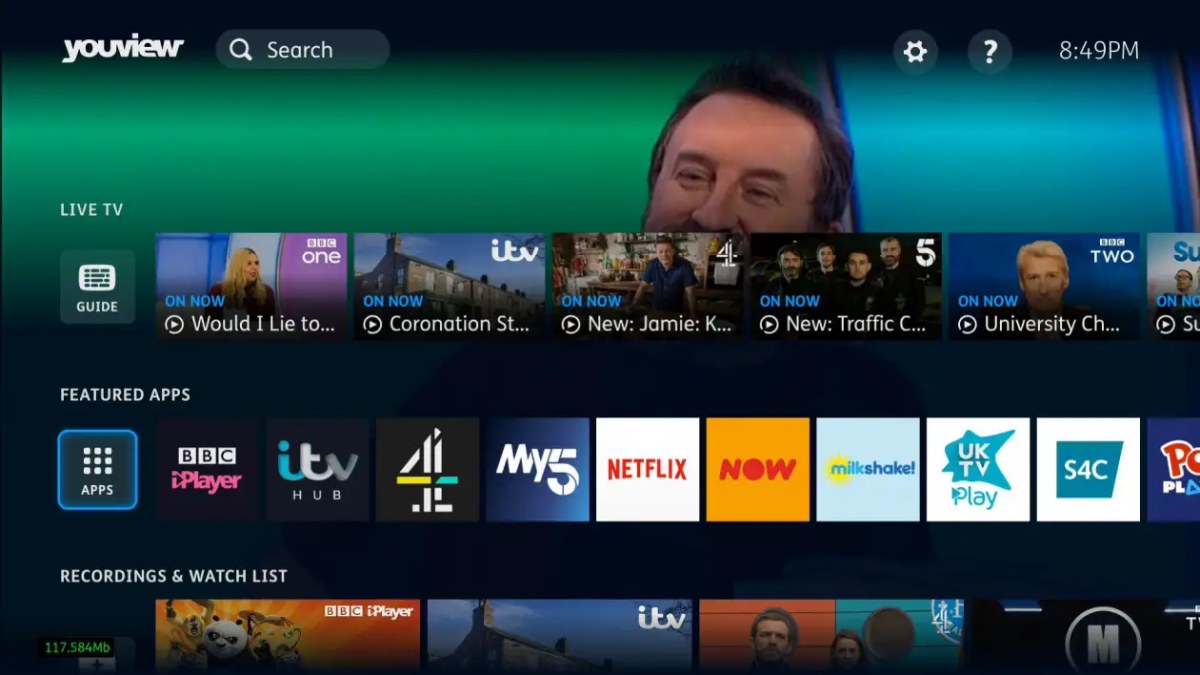 The new and improved YouView main menu, along with a set of new features, is being rolled out to more devices starting today.

This new Home Screen first launched in March, but was only available on Humax Retail T2000 boxes at the time (see the newly supported models down below).

YouView, which launched back in 2012, is a “hybrid” TV service that’s backed by the main UK Telecommunication companies and broadcasters. 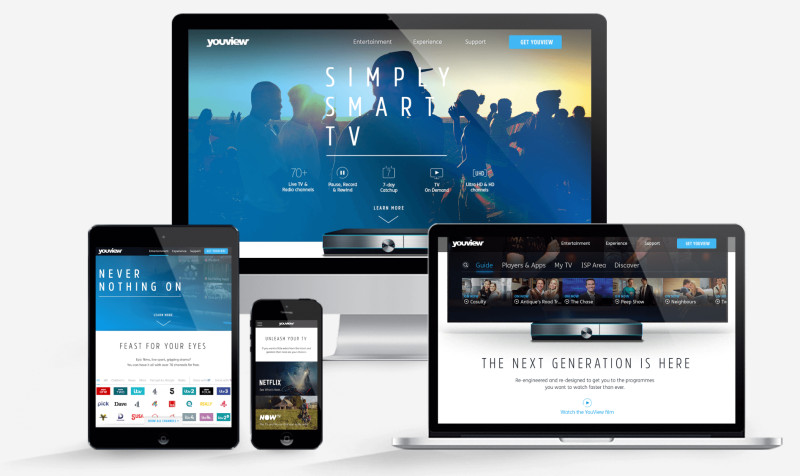 It offers access to most of the Freeview channels and radio stations (BBC, ITV, Channel 4, Channel 5 and many others), which you can access with an aerial (see our recommended aerials).

YouView can be used either with a stand-alone dedicated YouView set-top box or via boxes from BT TV and TalkTalk, which use YouView as their TV interface for paying subscribers.

In March 2021, YouView announced that it has begun “a new and exciting journey” to replace the main menu with an improved home screen.

The aim was to create a more personalised experience, helping you find TV shows and films that are more likely to interest you.

At the time, the new interface was only available on the standalone Humax T2000 boxes – but today, YouView announced that the new home screen will begin rolling out to YouView devices on BT:

If you don’t know which model you have – go to the Settings menu, choose Information & Reset and then Device Information.

This is a phased roll-out,  so some might get it before others.

After your device has been updated, you will reach the new home screen as you did before – by pressing the YouView button on the remote.

The Guide button will be the first thing you see: Pressing OK will launch the guide, and you can also scroll right to browse the live TV carousel. 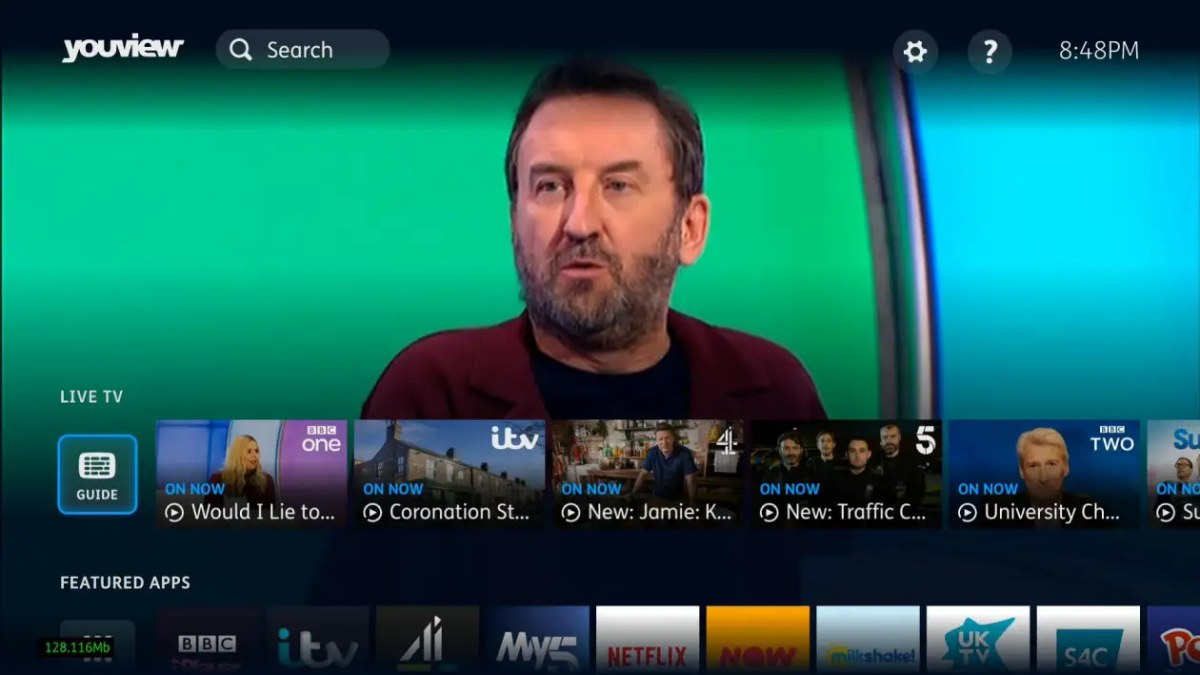 When you scroll down, you will now see a list of the “Featured Apps” for all the supported streaming services and catch-up apps – Netflix, NOW TV, BBC iPlayer etc.

The third row shows your recordings and the watchlist – from there, you can either access the “MyTV” area, or scroll through a list of your most recent recordings (and jump directly to a recorded programme). 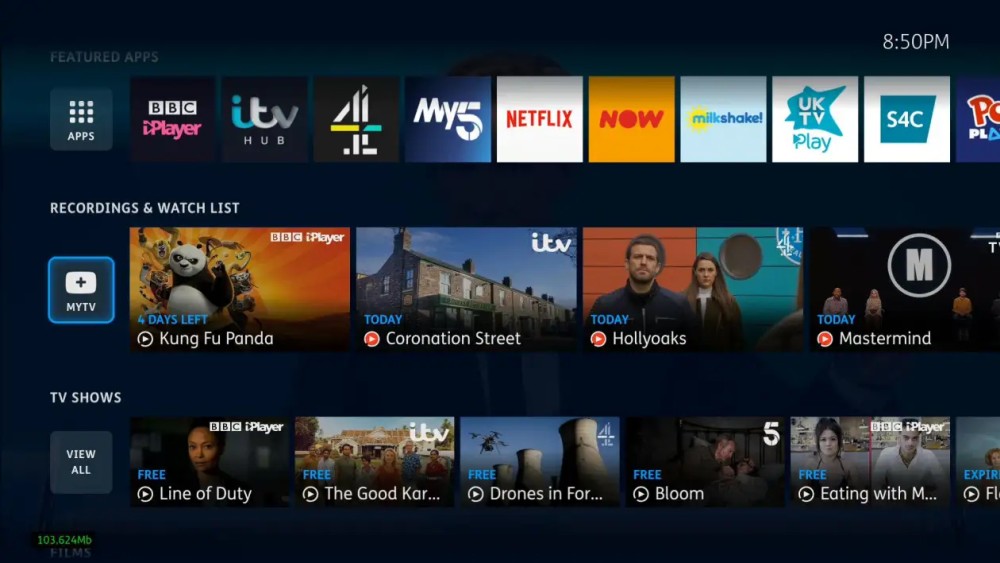 Finally, there’s now a full-screen Search screen, which you can access either with the Search button on the remote, or by selecting it on the top part of the main menu.

The search function lets you search for titles that are either available on-demand in one of the supported apps, or will be available “live” in the next 7 days.

Since the original release of the new Home Screen, there have been mixed responses on the official YouView community forum, with some happy about the new look, and some saying there’s no need to fix something that wasn’t broken.

More new features are expected to be released in the coming months.