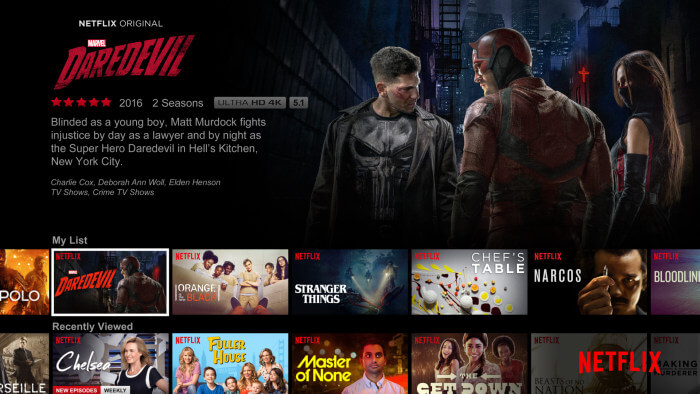 Netflix is Coming to Sky: Back in March, we told you about Sky’s new partnership with Netflix, which would add Netflix’ streaming service to Sky’s “traditional” subscription model, as well as to NOW TV. The first part of that deal is now happening – and Sky Q customers will be able to add a Netflix subscription via their Sky Q box.

While there is no news yet on when the Netflix app will be added to the NOW TV streaming devices, the Sky Q integration with Netflix will start in November, with a new add-on package, that Sky is calling “Ultimate On Demand”.

Sky customers will need to be subscribed to the “Sky Q Entertainment” pack (at £20/m), and add the “Ultimate On Demand” pack for £10/month. At that price, you will get the Netflix Standard plan (with up to two simultaneous screens and HD content), which normally costs £7.99/m. In addition, you get the “Sky Box Sets” pack, with 300 box-sets on-demand, which normally costs £5/month.

If you want to watch Ultra HD (4K) content, both from Sky and Netflix, you would need to add an ADDITIONAL subscription pack – the “Sky Q Ultimate”, for an extra £12 per month. Then, you would get the Premium tier from Netflix (normally £9.99/m)

And all that’s WITHOUT counting the price of the Sky Q 2TB Ultra HD box, and any other packs (such as Cinema or Sports) that you might want to add. 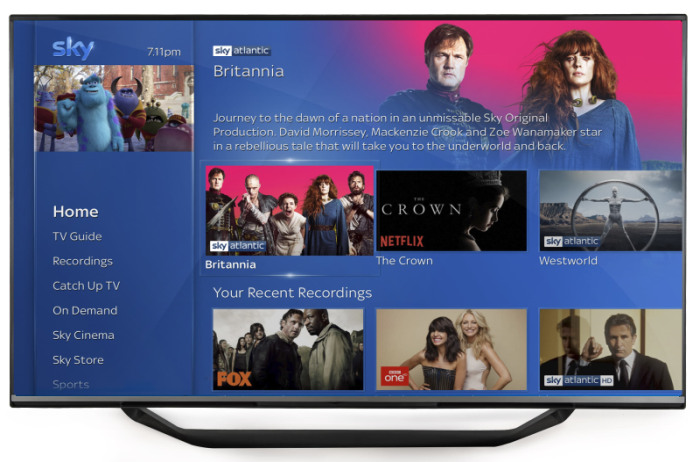 Confused yet? No wonder – as always, traditional pay-tv subscriptions make it almost impossible to understand what you’re going to pay over time – not to mention the long-term contracts you can’t get out of. (Though the “Ultimate On Demand” pack will be a 31-days rolling contract pack.)

Existing Netflix subscribers will be able to either migrate to this new plan (and get the Sky Box Sets pack with it), or simply login with their existing details on Sky Q’s Netflix app – saving the need to jump between different apps/streaming boxes.

“We want Sky Q to be the number one destination for TV fans. Partnering with Netflix means we will have all the best TV in one great value pack.”

You can check Sky’s current offers here. (But as mentioned, Netflix will only arrive in November)

What Are The Alternatives to Sky Q + Netflix?

The basic Sky Q Entertainment pack with added HD (£25/m) + the Ultimate On Demand Pack (£10/m) comes down to £35/m. For that price, you get Sky’s basic package, Netflix and the Box Sets addon.

However, don’t forget Sky’s NOW TV option, which lets you watch Sky’s premium content without a contract – all you need is a streaming device with the NOW TV app.

You would then pay £7.99/m for Netflix (the standard, HD tier), and £7.99/m for the NOW TV Entertainment Pass. That’s just £15.98. Add Freeview to that (either with a supported TV or a dedicated Freeview box) – and you get a very similar package for a fraction of the price (and without any lengthy contracts). Plus, NOW TV can often be had for an even cheaper price, with these tricks.

You’re then free to add NOW TV’s Cinema Pass, or Amazon Prime Video, or any other streaming service you desire.

The bottom line? If you’re already a Sky subscriber, the new pack saves you a few quid from Sky’s box sets – and gives you another way to access Netflix on your TV.

But as always – you’ll be much better off cutting the cord, and getting this content without a Sky subscription.