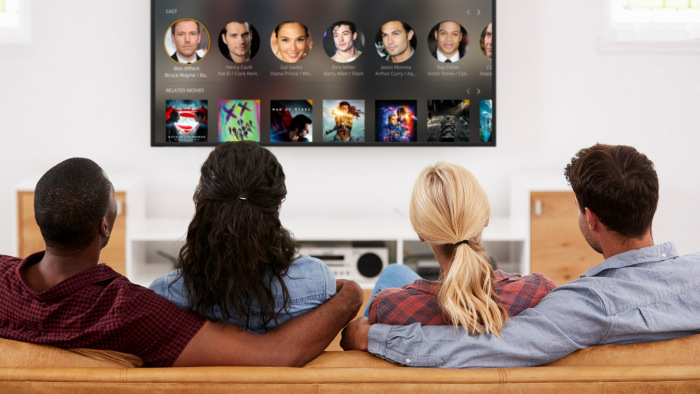 Plex, the popular personal media streamer, is getting into streaming: starting today, the service offers “thousands” (sort of – more on that later) of free movies, TV shows and documentaries. The price? Your time, as the service is free, but will have advert breaks.

The service launched in 200 countries simultaneously, including the UK, but as is often the case, most of the good stuff is only available in the US, with UK viewers getting, for now at least, titles most of you have never heard of.

Up until now, Plex was mostly used as a server-app combination, that helped people organise and stream their personal media collection to other devices. (From your desktop – the server – to apps on your phone, Smart TV, etc’).

Users of Plex (on supported devices) will now start seeing a “Movies & TV” tab on their sidebar, where they can stream TV programmes and movies selected by Plex. The content includes “Movies, TV shows, extreme sports films, music documentaries, Bollywood musicals, and more.”

Plex are promising “modest” ad-breaks (both as pre-rolls and during the content) which will presumably be shorter than advert breaks on competing services.

The service is available to users of both the free Plex service, and the subscription-based Plex Pass. For the time being, it won’t be possible to pay in order to skip the ads.

Crucially, Plex are emphasizing they’re not going to add adverts to your personal content inside Plex.

In the US, the Plex streaming service will include content from MGM, Warner Bros., Lionsgate and other studios, with some popular (though old) movies like The Terminator, Rain Man, Raging Bull and Moonstruck, as well as some TV shows likes Dead Zone and Masters of Horror.

In the UK, however, the selection of movies and TV programmes is quite different – and you will be hard-pressed to find anything you’ve heard of. There still might be some good content there, but you’ll have to do a lot of searching, between movies like The Capture of Bigfoot and The Human Tornado.

Of course, you can always, ehm, “travel” to the US from your living room with a VPN (such as NordVPN), at which point the US content will be available to you.

For now, Plex’ streaming service only works on the following platforms:

You’ll notice the Amazon App Store version of Plex is still missing from the list, as well as the PS4 Plex app and the Samsung TV Plex app.

And unfortunately, subtitles are not available for any of the content yet, though Plex say it should be added soon.

To learn more about Plex and their new streaming service, head on over to their website.