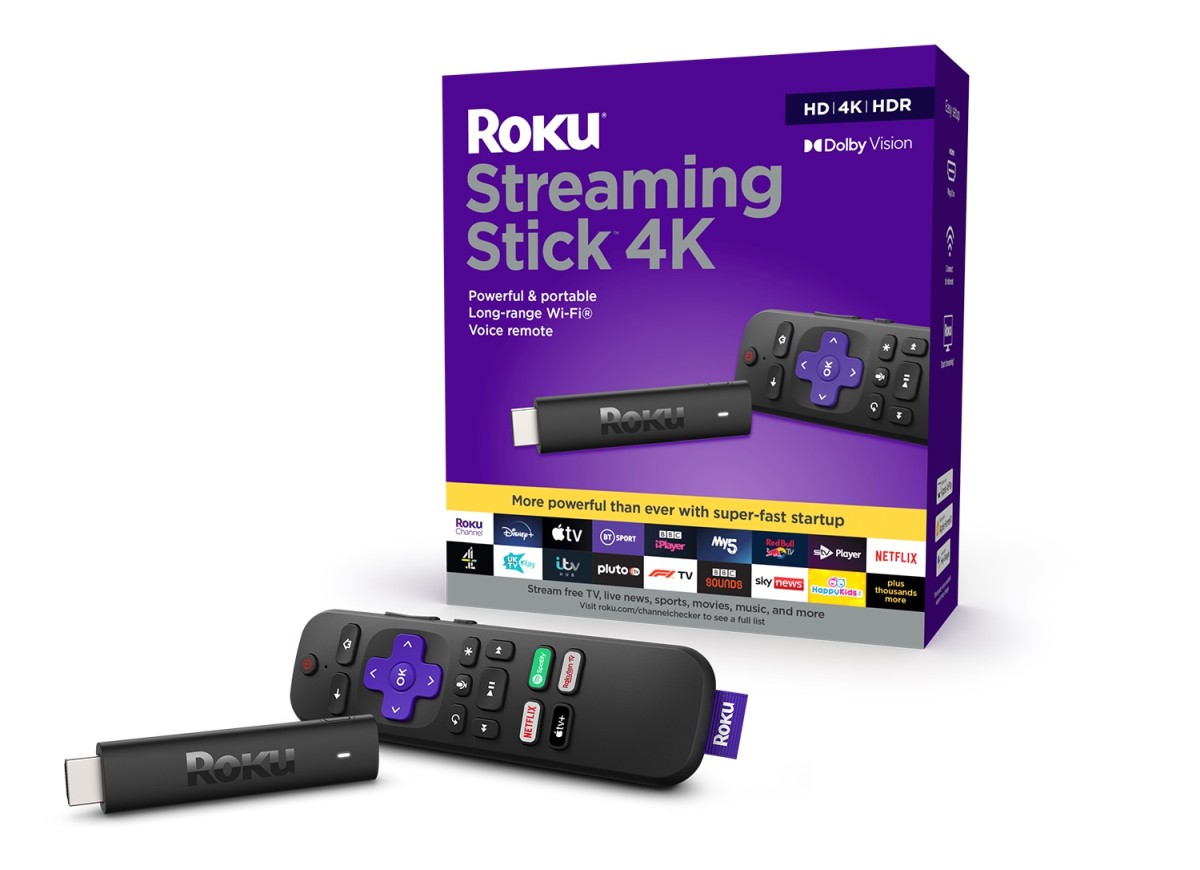 Roku, one of the world’s leading streaming device manufacturers, has announced the “Roku Streaming Stick 4K” today – an upgraded model of its Streaming Stick+, with a faster processor, improved WiFi connectivity and Dolby Vision support.

The good news? The Stick 4K will be coming to the UK at around the same time as its US launch, in October. The bad news? The new US model with the more advanced remote, won’t be coming to our side of the pond.

Alongside the new stick announcement, Roku is also releasing a new version of its OS (10.5), which will add features to existing Roku devices, including improved voice support and updates to the Roku mobile app.

Roku’s hardware announcement comes two weeks after its rival, Amazon, announced its own updated streaming device – the Fire TV 4K Max, which also seems to be a somewhat minor upgrade that focuses on speed and processor power. 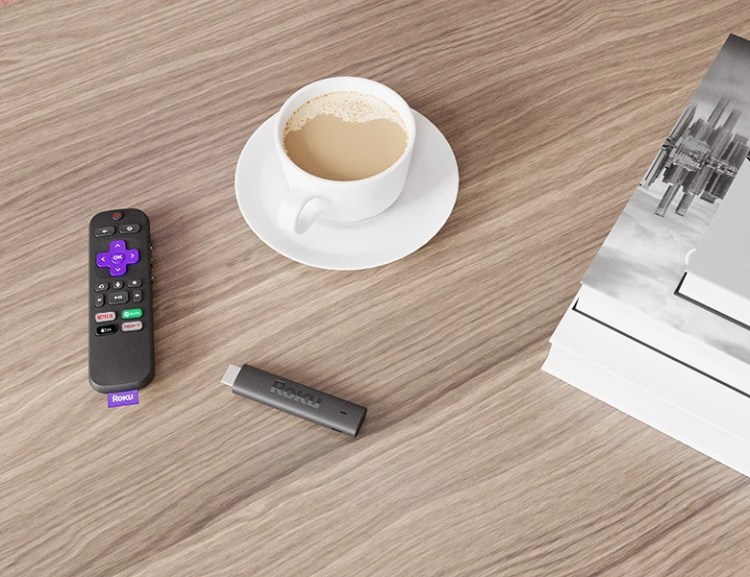 “It’s super-charged so you can stream in beautiful 4K and Dolby Vision even at a distance from your router and tucked neatly behind your TV.”

The new Roku stick shares a lot with its predecessor, the Streaming Stick+, including the form factor – the two look very similar.

And of course, the name is somewhat confusing, as the Streaming Stick+ already supported 4K (and HDR).

The new 4K Stick, however, is faster – it boots up to 30% faster according to Roku.

If you normally connect your Roku to your TV’s USB port, then boot-up time is something you will notice a lot – as the Roku turns off and on alongside your TV.

But if your existing Roku stick is connected directly to a power socket – then it’s On most of the time, and boot up time is not something you will notice too often.

Still, the all-new Quad Processor will presumably make the whole user interface feel faster – which is something I’ll be able to check once I do a full review.

Furthermore, the previous Streaming Stick+ did occasionally suffer from some overheating issues, as I’ve personally experienced (Roku even has a dedicated support page for this issue). It’ll be interesting to see whether the new 4K Stick fares better in this regard.

In addition, the Roku Stick 4K features a redesigned dual-band long-range WiFi receiver. As before, we assume it’s tucked into the Roku’s power cable, and not inside the stick itself.

It’s interesting to note that Amazon’s brand new 4K Max stick now supports WiFi 6 – a new, faster (and more stable) wireless standard. Roku chose not to take the WiFi 6 route at this point, perhaps due to its limited availability at the moment (For WiFi 6 to work, your home router needs to support it as well).

And finally, the Stick 4K also adds support for Dolby Vision – An advanced HDR standard, which – while not as popular as HDR10 – is liked by many (but your TV also needs to support it).

The Roku Streaming Stick 4K will be coming to the UK in October, with the same price tag as its predecessor – £49.99.

As before, it will come with Roku’s Voice Remote in the box.

As is often the case, Roku’s US customers are getting a few options we won’t be getting in the UK, for now: Namely, a Roku Stick 4K Plus, which comes with Roku’s Voice Remote Pro (that has a rechargeable battery, a built-in earphones port and hands-free voice support).

And the top-of-the-line Roku Ultra LT, which is also not available in the UK, has also been updated with a faster processor, Dolby Vision support, and improved WiFi connectivity.

Roku’s newest version of its operating system will come pre-installed on the new 4K Stick, but will also start rolling out to existing users of Roku’s other devices – in the coming weeks.

Roku Voice – At the beginning, Roku’s voice commands (which are activated either on the voice remote, or via the Roku mobile app) were mainly usable inside Roku’s Homescreen. Roku’s been expanding voice support, however, and now – nearly any channel in Roku Search supports the feature, including Netflix and Spotify.

Roku Mobile App Home Tab and Save List – The newly added Home tab in the Roku Mobile app (that’s available for both iOS and Android) provides easy access to entertainment, and features Zones, browsable collections of movies and shows available across a number of top genres and popular/seasonal topics.

Plus, users can now save movies and TV shows to the Save List to watch later when they’re in front of their TV again. The Save List can be accessed via the Home and Remote tabs, and users can add titles that they find via search to their Save List.

Roku Search Music and Podcast Row – Roku OS 10.5 provides a more integrated music experience across the Roku platform with the introduction of voice search and playback of music, podcasts and video podcasts.

Users will see search results within a more visual “music and podcast” row and will feature Spotify as the launch partner.

Enhancements to Voice entry for Email, Password, and PIN for on-screen keyboards – Roku Voice can be used to complete device setup or login to supported apps by entering email, password, and PIN information by voice.

Keyboards that support Roku Voice will display a microphone icon, so users can quickly identify when voice entry is an available option. You can then “say” the letter or number you need, instead of “typing” it with the on-screen keyboard (I had a chance to use this feature this week – it helped simplify the dreaded on-screen sign-in process).

Wireless Mobile Private Listening for Streaming Players – ‘Private Listening’ is a useful feature on Roku’s mobile app, that lets you divert sound from your Roku-connected TV to your earphones, via your mobile phone.

This, however, didn’t always work well with wireless earphones. Advancements to Roku’s Audio/Video (A/V) sync will now enhance the wireless private listening experience by intelligently adjusting based on the type of headphones connected.

The advanced A/V sync feature enables users to make further refinements via their smartphone camera if needed. This feature will surface when users have wireless headphones connected to the Roku mobile app and is accessible within the settings menu in the app.