Humax, the huge Korean manufacturer, has today announced “Aura” – a new 4K Freeview Play recorder, that – for the first time – is combined with a full-featured Android TV system, and integrated Google Chromecast support.

The new device aims to combine the best of both worlds – a Freeview Play recorder which supports all the UK’s over-the-air Freeview channels (which you would need an indoor/outdoor aerial for), along with Freeview Play’s roster of catch-up apps (BBC iPlayer, ITV Hub, All4 and more), AND a streaming TV device.

The Aura’s Android TV component will give you access to thousands of apps via the Google Play Store. It syncs with the user’s Google account to deliver a customised home entertainment experience built around the individual or family.

The Aura also supports the Google Assistant, so you can control the device with your voice and perform frequently-used TV commands, search, and discover information with voice commands, using the voice-enabled remote.

As a Freeview Play recorder, the Aura will also come with a built-in hard drive (either 1TB or 2TB), which will let you record hours of live content, as well as pause and rewind live TV.

The Aura will come with three tuners, so you can record up to four separate programmes, while watching a fifth.

The streaming component will come in two flavours – first, there’s the Android TV part, which will let you install native apps from the Google Play store, such as Amazon Prime Video, Disney+, and BT Sport.

We asked Humax about an integrated Netflix app, and were told that discussions are ongoing – so it’s unclear yet whether it will be pre-installed when the Aura launches.

However, the Aura also comes with a built-in Google Chromecast, so you can stream media from your phone, tablet or computer – directly to the Aura, using any app that supports casting to a Chromecast ( – it doesn’t, unfortunately)

The Aura will also come with a dedicated Kids’ Zone, which provides a safe environment for children to watch content curated specially for the youngest members of the family. 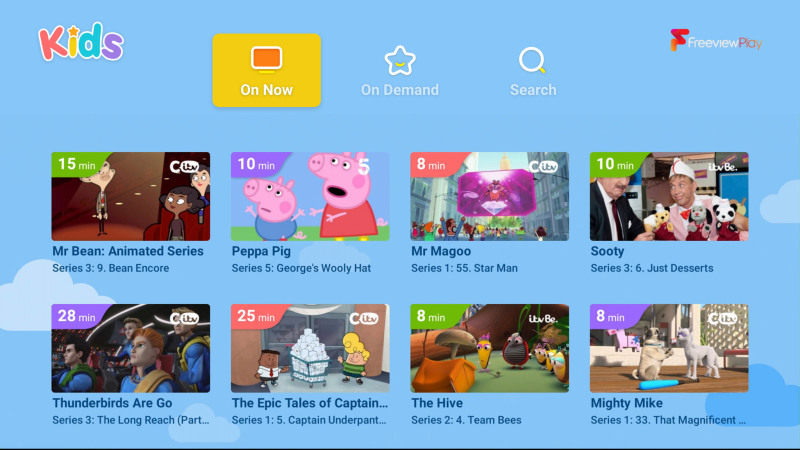 Episodes can be browsed, searched and selected by duration, allowing parents to pick a show that will fill a suitable slot before dinner or bedtime, for example.

In addition, thanks to the Humax AURA app, many features can be accessed on a mobile device, such as streaming recordings around the home or downloading shows to watch later on the move.

The app also affords users the freedom to schedule recordings or set reminders when away from home.

In terms of specs, Humax’ current roster of Freeview Play devices, with the Humax FVP-5000T on top (see our review), has been showing its age, with the interface feeling rather sluggish.

The new 4K Aura, however, will be powered by the fast Android TV platform, with a Quad-core 1.8 GHz processor and 3GB of RAM – so speed is expected to be much better.

Broadband connectivity will include both WiFi and Ethernet.

Rob Peacock, director at Humax, said: “AURA is designed to sit at the heart of a family’s home entertainment experience. The very first Freeview Play Recorder to be built on the Android TV platform, it provides a fully integrated environment that reflects the preferences and favourite content of the individual or family.

“With such an extensive array of features, users will never miss their favourite show, movie or sporting event, and thanks to a combination of Google technology and the Humax AURA app, they can enjoy the freedom of entertainment on any screen or device, wherever and whenever they wish.”

It will be available from retailers such as Amazon, Currys, Argos and more.