Black Friday is almost upon us, but some great deals are already here. The Roku Streaming Stick+ 4K (see our review) is discounted heavily today on three different online stores – and you can save £20-£30 on one of the most popular streaming sticks out there.

Roku’s streaming devices are very popular in the US – and are somewhat less known in the UK (when compared to the Amazon Fire TV and Google’s Chromecast).

The Roku Streaming Stick+ is a very capable streaming device, that offers Ultra HD (4K) and HDR support, as well as voice control through the remote (it’s not as robust as Amazon’s Alexa, but it works).

The stick connects to your TV’s HDMI port, and gets its power by connecting to your TV’s USB port – so you don’t need an additional power cable. It connects to the internet via WiFi (there’s no ethernet connection), with a long rang receiver that promises “4x the range” – so it doesn’t have to be close to your broadband router. 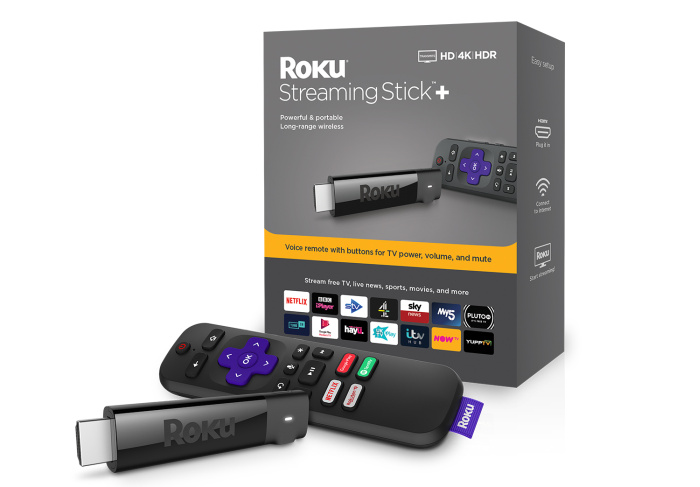 The Roku stick has a selection of thousands of “channels” (what other devices would call apps), and has the widest selection of UK streaming services – more than any of the other streaming devices:

In addition, you get channels for all the major UK broadcasters – BBC iPlayer, ITV, Channel 4 and Channel 5, as well as a lot of the more “obscure” channels. There’s no BritBox channel at this point, and it’s unclear when – or even if – it will be available.

Normally, the Roku Streaming Stick+ 4K costs around £50 – but today, you can get it for just £29.99. We’re not sure how long this deal is going to last, so you better hurry if you’re interested.

As of this writing, you can get the stick at this price on Amazon, Currys and Argos.