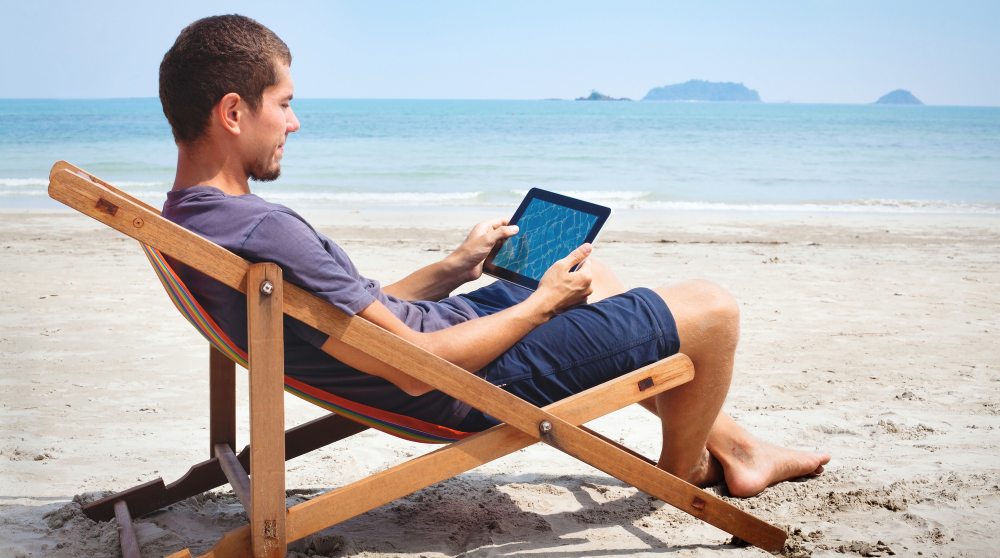 People who regularly watch BBC iPlayer, as well as other streaming TV services, get stuck when they travel abroad (either on holiday or on business). The moment you step out of the boundaries of the UK, you can’t watch iPlayer – and you’re going to miss the next episode of Doctor Who or Dragon’s Den...

The reason? Geo-blocking. Because of complex copyright issues, the BBC doesn’t want you to watch iPlayer when you’re not in the UK, even when you’re a law-abiding TV-Licence-paying user. Luckily, there are ways around that

In this guide, I take a look at the ways to watch (or download) BBC iPlayer content anywhere in the world, how to do it with a VPN, and which VPN to choose for the job. So let’s dive in…

BBC iPlayer is slowly becoming a true gem for people who love the BBC’s programming and UK TV in general. With most of the BBC content available on a catch-up basis, and plenty of full box-sets from the vast BBC archive (available for up to 12 months, following a recent change) it really gives Netflix a run for its money – and of course, it’s free (other than the annual TV Licence).

However, despite the fact that for Netflix and other streaming services, Geo-blocking is a thing of the past across the EU, BBC iPlayer is still ONLY available when you’re inside the UK.

According to the BBC, you need to be IN THE UK if you want to stream BBC iPlayer content.

“While we are interested in being able to allow UK licence fee payers to access BBC iPlayer when they are abroad, there are complex technical issues to resolve which we are investigating and it will be dependent on what legislation is in effect in the UK in the future.”

However, there are still a couple of tricks you can use to circumvent this block.

The BBC iPlayer apps on smartphones, tablets and even desktop computers let you download programmes to your device for offline viewing. If you download content while you’re still in the UK, you can then watch it anywhere in the world.

Not all BBC iPlayer programmes are available for download – it depends on the specific rights the BBC has, so you can only stream some shows.

Additionally, take note of the expiry date – it’s the same as the regular BBC iPlayer one. So if a show is available to stream for 30 days, it will expire after 30 days even if you download it to your device.

While downloads are a good solution for some use-cases, they won’t help when you’re going abroad for a long time, or if you want to watch programmes that weren’t available when you were still in the UK.

A VPN stands for Virtual Private Network – it’s a service that has many uses (to guard your privacy online, for example), and it costs money (at least the good ones do). But let’s start by explaining what a VPN does.

In simple terms, a VPN lets you create a secure connection between your device (Desktop/phone/tablet/etc’) and another computer. Then, you use THAT computer (or Network) to browse the internet. So for all intents and purposes, it’s as if you’re sitting next to the remote computer – wherever in the world it may be – and you use it for your internet browsing.

The best VPN providers also guard your privacy by not letting websites trace and track your browsing: Normally, every time you connect to the internet you get an IP address, which is a unique number that serves as your computer’s address, of sorts.

When you’re browsing the web without a VPN, websites can save that IP, and it can give them information about you – such as where you are in the world. Plus, as long as your IP stays the same, they can theoretically track you across the internet.

Additionally, while an IP address is anonymous, your Internet Service Provider (Virgin Media/Sky/BT/etc’) can make the connection between your IP and you – and in essence, see ALL your browsing history (even if you use ‘Private Browsing’).

A VPN, however, replaces your IP address, therefore masking who you are – both for sites you go to, and your ISP.

VPNs have plenty of uses, such as:

In the past, using a VPN to bypass Geo-blocking was fairly easy. But content providers are catching up, and services like BBC iPlayer (and Netflix) actively try to block ANYONE who’s using a VPN (even if you ARE in the UK, and you’re just using a VPN for privacy and security).

So it’s a game of cat and mouse, and only the best VPN services out there manage to stay ahead and bypass the blocking. (And even with a VPN, you’ll sometimes see iPlayer is blocked again – for a few hours or days, until the VPN provider manages to make it work again.)

How To Watch BBC iPlayer Abroad: Step By Step Guide

1. Register For A VPN Service

There are countless VPN services out there – but some of them are dodgy, some are unnecessarily expensive, and some simply don’t work with BBC iPlayer.

That’s why we recommend NordVPN, which is one of the most well-known VPNs out there, and for good reason:

(Please note that if you buy a NordVPN subscription via our link, we get a small commission, at no extra cost to you. But the moment they stop being a good option – we’ll stop recommending them.)

If you want to explore other options, we also recommend ExpressVPN – I’ve had a good experience with both of them.

2. Install The VPN On Your Device

Depending on which device you want to watch BBC iPlayer on, while abroad, you’ll need to download and install the corresponding app.

NordVPN have an app for almost every platform – from Windows and MacOS to Android, iOS and even the Amazon Fire TV stick. You can find the app you need via this link.

3. Connect To A UK Server

NordVPN have more than 5,000 across the world, but for BBC iPlayer, we need a server in the UK.

With iPlayer actively trying to block VPN connections, some servers end up not working anymore. But since NordVPN have plenty of servers in the UK, if one doesn’t work with iPlayer, simply disconnect and try another one.

BBC iPlayer requires a registered account these days. If you don’t have one yet – go ahead and register (you’ll need a UK postcode).

Once you have your account, and you’re connected to the VPN’s UK server, go ahead and connect to iPlayer with your account. (If you had iPlayer running before you activated the VPN, you might need to restart the app once the VPN is on.)

If everything is working correctly, you should now be able to start streaming and watching whatever you want on BBC iPlayer – regardless of where you are in the world. Just remember – you MUST pay the TV Licence if you’re watching anything on iPlayer.

As mentioned earlier, we have a special relationship with NordVPN. While we get a commission if you register via our link, that also means we can offer you a special discount – 3 years for just £2.29/mo – that’s 75% off.