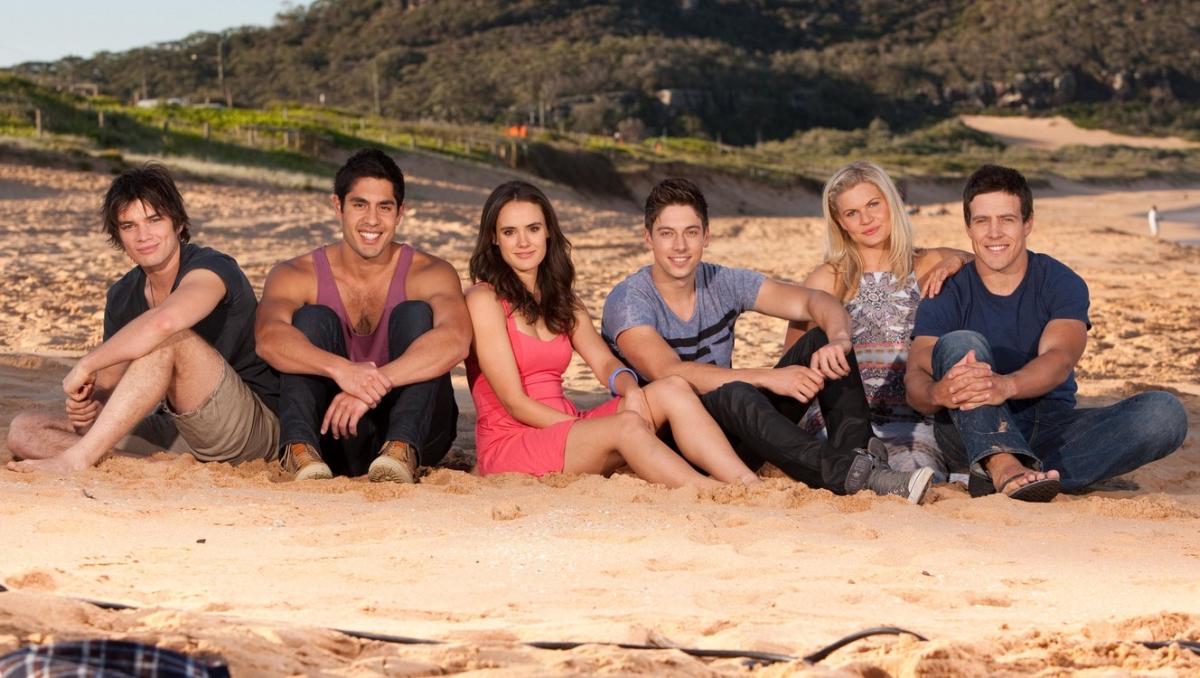 Home and Away, the popular and long-running Australian soap, had to be taken off the air in the UK this week, due to its annual break.

But although no new episodes are available for now – avid fans will at least be able to stream some recent episodes on the My5 streaming service – for a limited time.

Home and Away, for those who need a refresher, has been on the air since 1988, and is now on Season 33 (!). The soap opera follows the lives of the people in Summer Bay, a fictional town in New South Wales.

Actors have come and gone throughout the years, some moving on to become international stars, like Chris Hemsworth and Luke Mitchell.

The series is very popular in Australia, but also in the UK, where it normally airs daily on Channel 5, Monday to Friday at 1:15pm, with a repeat at 6pm.

This week, however, Home and Away fans have probably noticed the programme is missing from the normal scehduele. The reason? Every year, the show takes a break during the winter (which, in Australia, is the summer), so Channel 5 has to take a break before it runs out of episodes to air.

Normally, the UK is about a month behind in Home and Away episodes. Therefore, the episode that aired in the UK last Thursday (November 19) on 5Star and on Friday (November 20) on Channel 5, had already aired in Australia a month prior.

This also means that in Australia, there are more episodes still being aired – and their break will start on November 30. So be careful when you look for Home and Away content online, as you might run into spoilers.

There’s no official return date for the UK yet, but judging from past years, it will probably be back sometime in January.

Where Can I Stream Home And Away?

If you missed some of this year’s Home And Away episodes when they were first broadcast, My5 provides a catch-up service, where you can watch episodes up to 30 days after their initial broadcast.

My5 is Channel 5’s free (with adverts) streaming TV service, which includes content from Channel 5, 5STAR, 5USA, 5SELECT and the Paramount Network.

Once you register and sign in, you can watch catch-up episodes of programmes that have aired on Channel 5’s family of channels, as well as a changing selection of full box-sets.

My5 is available directly on your browser, or as an app on a number of popular streaming devices, including:

Due to rights issues, Home and Away is not available as a box-set on My5, unfortunately.

However, episodes from the last 30 days are still available to stream (As of this writing that means from the end of October onwards).

The last episode before the UK winter break, from last Friday, will be available to stream until December 20.

Home and Away Episodes On Amazon Prime Video

Finally, if you really want to go back in time, the first two seasons of Home and Away (yes, from 1988) are available to stream on Prime Video.

Prime Video, the streaming video service from Amazon, includes thousands of TV shows and movies and can be had either as part of the full Amazon Prime membership, or on its own. (See our Amazon Prime Video review).

Home and Away’s first two seasons are available as part of the Prime Video library – which means you don’t have to pay extra, as long you’re a Prime member.

So if you want to fill your Home and Away fix by rewatching the original Fletcher family (Tom, Pippa and their foster children) – you can at least do that, until new episodes return in 2021.