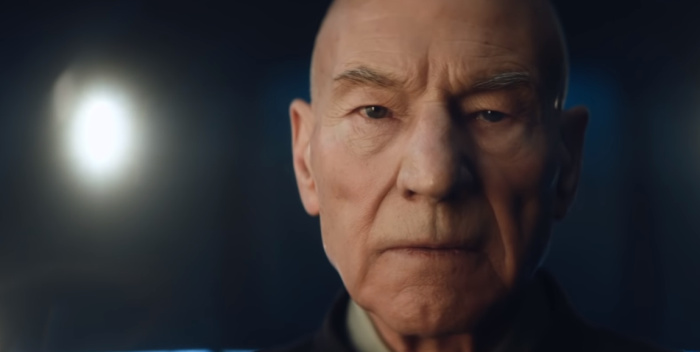 After hearing so much about the Star Trek: The Next Generation spin-off/sequel, which will be centred around Sir Patrick Stewart’s Jean-Luc Picard – we finally get to see a new teaser trailer. The show, which is expected to arrive later in the year, will be available in the UK on Amazon Prime Video.

Star Trek: Picard (it seems we can now officially call it that) was announced last year, by Patrick Stewart himself. Details about the plot are scarce, but it will presumably take place 15 years after the ending of Star Trek: The Next Generation.

The trailer doesn’t give away much – it shows us someone (probably Picard) walking around a vineyard, with a voiceover of a woman who is questioning Picard about his reasons for leaving Starfleet. Picard himself can only be seen for a couple of seconds, but our nostalgic bones are already shivering.

Amazon Prime Video is available either as a part of Amazon Prime’s annual membership, or separately for £7.99/month. Either way, you can get a 30-days free trial.

We don’t know the exact release date for the new series yet, other than “later this year”.