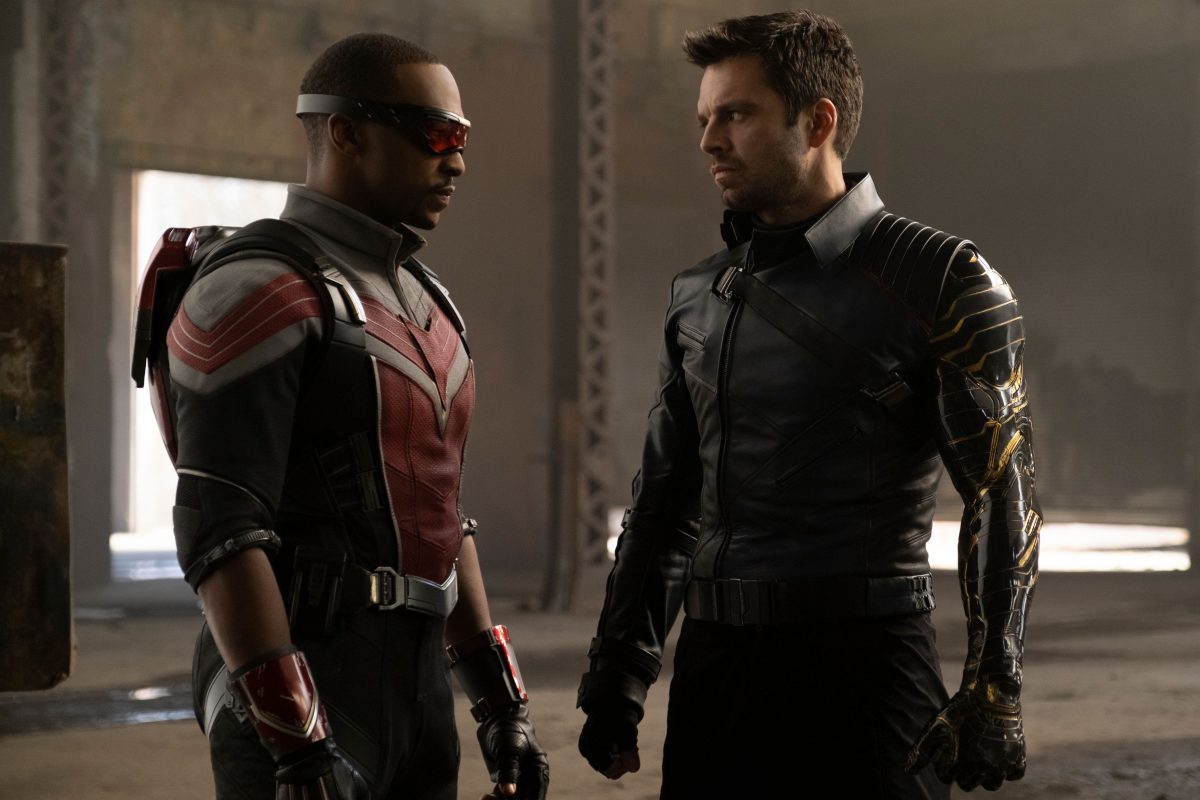 By March, Disney Plus’ “adult” streaming section, Star, will already be in full swing. Therefore, looking ahead, we’re going to get a long list of films and shows for both the “regular” Disney+ sections, as well as Star. From Marvel’s The Falcon and the Winter Soldier, to animated classic The Cleveland Show, classic thriller like Taken 1 and 2, and much more.

Disney+ (see our full review) can be streamed on a multitude of streaming devices, and includes films and TV shows from the worlds of Disney, Marvel, Pixar, Star Wars, National Geographic and Star – with content from Disney’s various general entertainment brands. 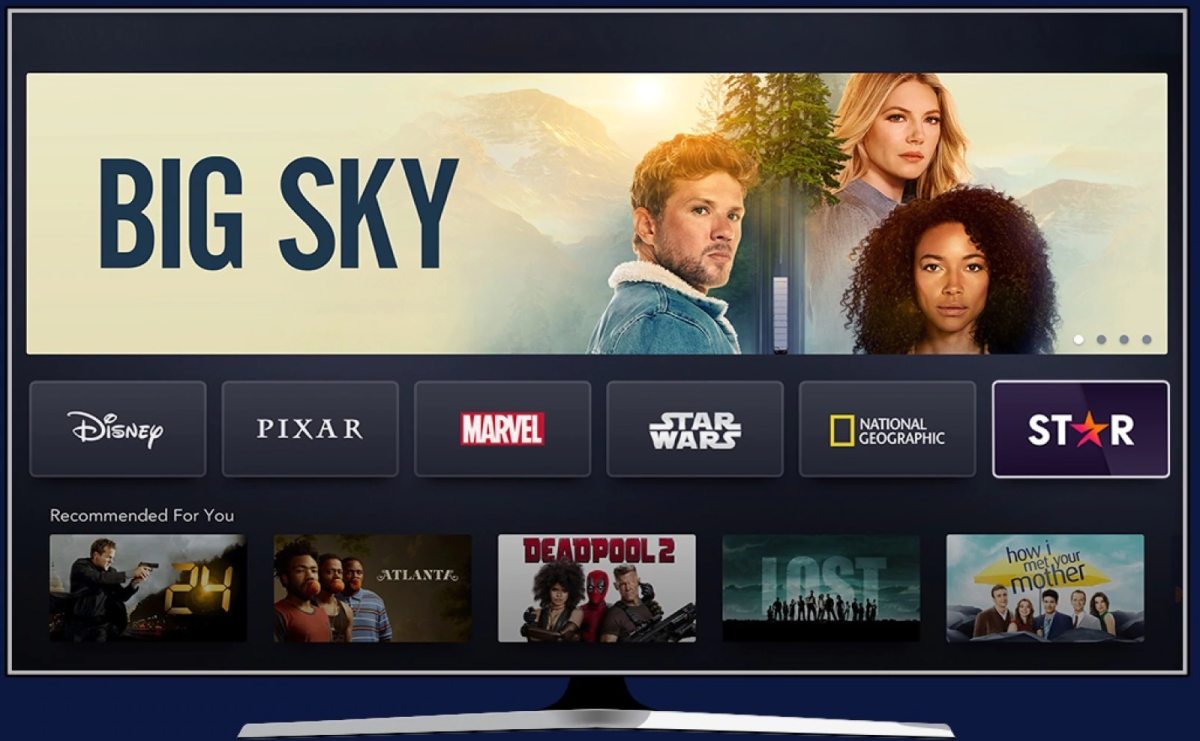 If you’re already an existing subscriber – here’s our guide on what’s going to happen to your Disney+ pricing.

The first Marvel Cinematic Universe series on Disney+ is coming to an end, with Elizabeth Olsen as Wanda Maximoff and Paul Bettany as Vision (and a few other cast surprised we won’t spoil here). It follows the story of two super-powered beings who are trying to live idealised suburban lives in a world where all is not as it seems… 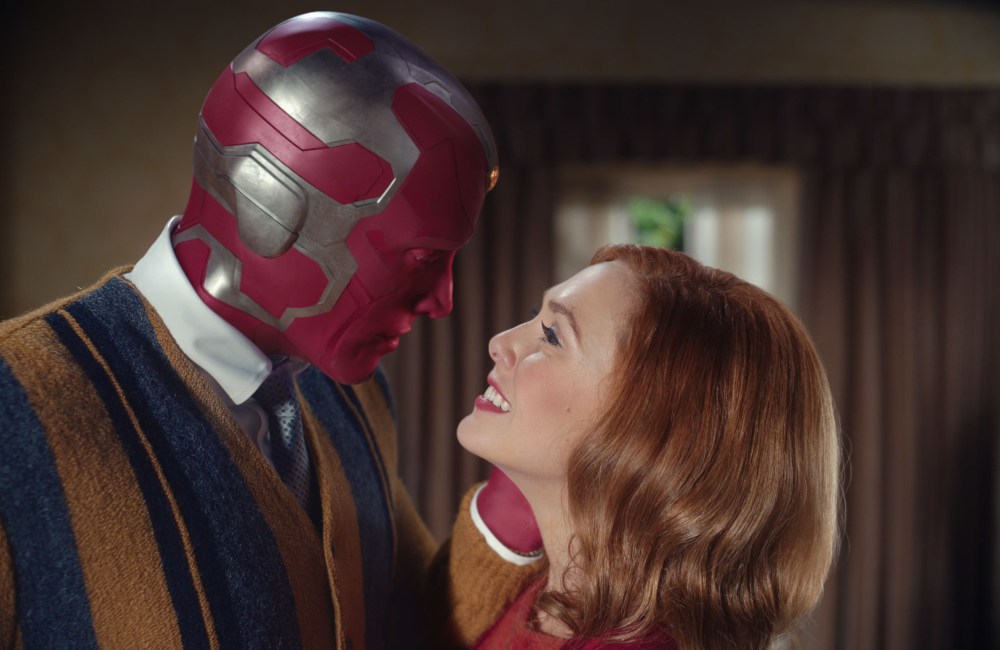 After being dumped by her longtime boyfriend, Jules must deal with her own imagination to literally and metaphorically reenter the world of women and rekindle the female friendships she left behind.

The series, starring Kat Dennings, Brenda Song and Shay Mitchell, premiered on Hulu in the US late last year, and new episodes will air weekly as part of Star in the UK.

The half-hour animated series created by Seth MacFarlane, follows Quahog’s favourite soft-spoken neighbour, Cleveland Brown, as he settles down in Virginia with his high school sweetheart and her unruly kids.

A game of cat and mouse between L.A.’s top private investigator, Alice Vaughan (Mireille Enos), and the man she loves, Benjamin Jones (Peter Krause), the world’s most formidable con artist.

An average guy enters a Dodgeball championship with a band of misfit friends in order to win enough money to pay his debts and save his neighbourhood gym from being taken over by an evil corporate gym owner.

A lone warrior, Raya, must track down the legendary last dragon to stop an evil force that has returned after
500 years to once again threaten her homeworld, Kumandr.

Raya and the Last Dragon will be released simultaneously in theatres and on Disney+ with Premier Access on March 5, 2021, at an additional cost (on top of your regular subscription) of £19.99.

A TV movie which is a remake of the 1957 musical, starring Brandy Norwood, Bernadette Peters, Jason Alexander and many others.

A computer animate series from 2017, with Mickey and his friends going on wild adventures.

Master mechanic Fuzz Townshend and parts-blagging petrol head Tim Shaw set off on a mission to save decaying classic cars for their unsuspecting but deserving owners.

The sci-fi drama debuted in the US late last year, and has unfortunately been cancelled. Episodes will air on Star weekly.

Love in the Time of Corona (All Episodes, Star Original) 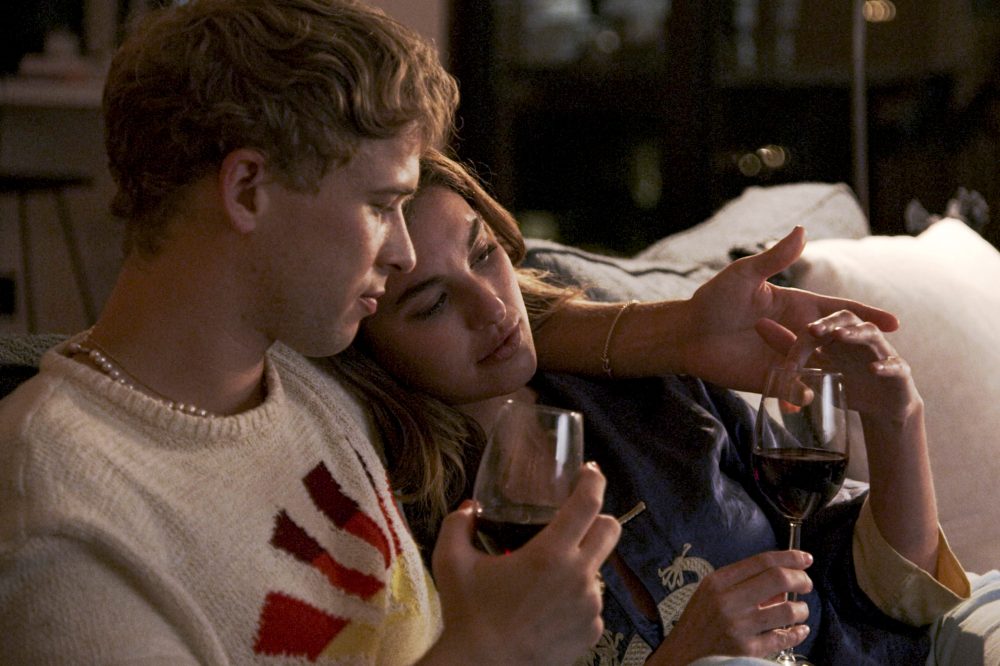 James & Sade have spent so much time away from each other due to James’ demanding work life that it’s as if they’re only just starting to get to know each other, juggling being new parents, and beginning to grapple with whether they may be more than just a little out of sync.

It’s been three years since American hero Alex Parrish (Priyanka Chopra) has had to navigate the dangerous waters of the Central Intelligence Agency and put her life on the line for her country.

She has been living a peaceful, anonymous life somewhere in Italy. However, Alex is forced to abandon this idyllic existence when Ryan persuades her to help him rescue Shelby from a notorious international arms dealer known only as The Widow, who is holding her hostage – and in exchange for her release, she demands something that only Alex can provide.

Melissa McCarthy stars as Lee Israel, the best-selling celebrity biographer (and cat lover) who made her living in the 1970s and 80s profiling the likes of Katherine Hepburn, Tallulah Bankhead, Estee Lauder and journalist Dorothy Kilgallen.

When Lee found herself unable to get published because she had fallen out of step with the marketplace, she turned her art form to deception,
abetted by her loyal friend Jack (Richard E. Grant).

A brash young American traveller (Leonardo DiCaprio) in search of exotic experiences leads his friends to a secret island paradise off the coast of Thailand, only to find that those who discovered paradise first are willing to kill to keep it for themselves.

Directed by Danny Boyle and based on the novel by Alex Garland.

A Navy pilot is shot down over enemy territory and is ruthlessly pursued by a secret police enforcer and the opposing troops. Meanwhile, his commanding officer goes against orders in an attempt to rescue him.

The Falcon and The Winter Soldier (Episode 1)

The pair, who came together in the final moments of Avengers: Endgame, team up on a global adventure that tests their abilities – and their patience.

Earl (Jason Lee) has taken one too many wrong turns on the highway of life. However, a twist of fate turns his life into a tailspin of life-renewing events.

Earl wins a small lottery, and after an epiphany, he is determined to transform his good fortune into a life-changing event as he sets out to right all the wrongs from his past.

Hard-partying brothers Mike and Dave place an online ad to find the perfect dates for their sister’s Hawaiian wedding. Hoping for a wild getaway, the boys instead find themselves out-hustled by the uncontrollable duo.

After the death of her husband and the miscarriage of her baby, Peyton Flanders’ (Rebecca De Mornay) world of privilege and ease comes crashing down, forcing her to start a new life.

But the life she wants belongs to someone else — Claire Bartel (Annabella Sciorra), a fulfilled and busy, wife, mother and career woman. Posing as the ideal mother’s helper, Peyton moves into Claire’s home, and in no time, becomes a fixture in the Bartel house, and a trusted friend to the entire family, including the husband…

A powerful medical show focusing on a young doctor’s final years of training that rips back the curtain to reveal the truth of what really happens, both good and bad, in hospitals across the country.

A wine-tasting road trip to salute a bachelor’s final days careens woefully sideways as he and his buddy hit the gas en route to mid-life crises.

A former government operative (Liam Neeson) comes out of retirement and uses his extensive training to rescue his estranged daughter from a slave trade operation, in this cult thriller from 2008.

Then, Neeson returns in Taken 2. This time, when he is targeted by a mysterious figure seeking vengeance, Bryan must employ his “particular set of skills” to protect his family against an army out to kill them.

Car theft in Long Beach, California, went down 47% when Randell “Memphis” Raines walked away from the life of grand theft auto – that is until his younger brother Kip got involved with the mob.

Now, mob boss Raymond Calitri has threatened to kill Kip unless Randall can steal 50 exotic cars and have them on a container ship by 8 AM Friday morning. With the mafia on his tail, and the police breathing down his neck, Memphis reassembles his old crew and attempts to pull off the impossible… but can he?

Set in present-day Minnesota, the Mighty Ducks have evolved from scrappy underdogs to an ultra-competitive, powerhouse youth hockey team.

After 12-year-old Evan Morrow (Brady Noon) is unceremoniously cut from the Ducks, he and his mom, Alex (Lauren Graham), set out to build their own team of misfits to challenge the cutthroat, win-at-all-costs culture of youth sports today.

With the help of Gordon Bombay, they rediscover the joys of playing just for the love of the game.

The most recent (for now) version of the Marvel superhero team, Directed by Josh Trank and starring Miles Teller, Michael B. Jordan, Kate Mara and Jamie Bell.