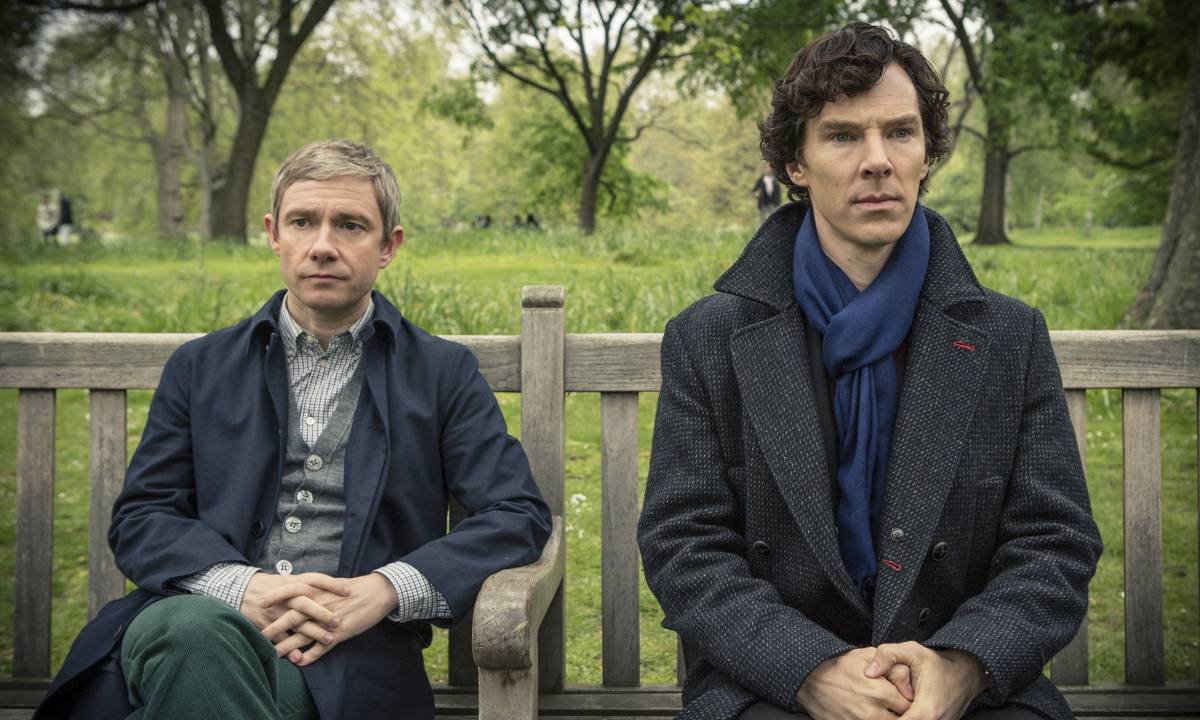 A new year is coming – and with it, a rich library of movies, classic British sitcoms, and beloved crime-solvers – Sherlock, River and Father Brown and Brother Cadfael. Also, get another watch of the classic BBC series All Creatures Great and Small.

The UK version of BritBox is a streaming subscription service from ITV and the BBC, which brings together British TV programmes from ITV, BBC, Channel 5 and Channel 4. It normally costs £5.99/month or £59.99/year, and you can get a free trial (See my review of BritBox UK here).

Some content might be added later in the month, but these are the highlights for the month of January 2021:

A cult horror film from director Neil Marshall, Dog Soldiers tells the story of a squad manoeuvring in the Scottish Highlands, when soldiers Cooper (Kevin McKidd) and Wells (Sean Pertwee) come across the ravaged remains of another military unit.

Finding refuge with a family in a nearby house, the owner tells them about werewolves who hunt in the area, and the soldiers begin to dig in, preparing for a big fight.

Mike Leigh directs this comic look at one of light opera’s most famous creative partnerships.

In 1880s London, the writing team of William Gilbert (Jim Broadbent) and Arthur Sullivan (Allan Corduner) looks set to split after the comparative failure of their latest collaboration, Princess Ida.

Sullivan is keen to prove himself as a serious composer, feeling that Gilbert’s writing has become too formulaic. However, when Gilbert’s wife, Kitty (Lesley Manville), takes him to an exhibition of Japanese culture, his imagination is fired, and he enthusiastically contacts Sullivan with ideas for a new project.

Following the death of her husband, Frances (Thompson) meets with her mother (Law) in a Scottish seaside town. As they attempt to repair their own, damaged relationship, their lives become linked to those of two young boys, a teenage couple, and a pair of elderly women whose sole pleasure in life is attending funerals.

With schools breaking up for the summer, 12-year-old Shaun (Thomas Turgoose) makes his way home after a fight. Living at home with his mum in a rundown coastal town, his dad killed in the Falklands, Shaun spends a lot of time on his own and dreads the long summer break.

Expecting the worst when he runs into a group of skinheads, Shaun’s surprised when they turn out to be friendly and adopt him as one of their own. Suddenly the summer feels a whole lot better as Shaun discovers girls, parties, braces and an identity.

A Collection of the feature-length television films set during the Napoleonic Wars, starring Sean Bean as the maverick British rifleman Richard Sharpe.

15 episodes feature, including the special, Sharpe: The Legend, in which Rifleman Cooper (Michael Mears), who fought alongside Sharpe throughout the Peninsula Wars, looks back at all the adventures and romances that his senior officer got up to, showing clips from the best of the long-running ITV drama.

All episodes of the 2009 sitcom starring Miranda Hart, including the first three series and the two-part special finale.

After a public school education, socially inept Miranda (Hart) is having trouble fitting in with her peer group, especially her childhood nemesis, Tilly (Sally Phillips).

To top it all, Miranda constantly finds herself in awkward situations around men, and in particular, ex-university chum Gary (Tom Ellis). The cast also features Patricia Hodge and Sarah Hadland.

A 2019 TV series from Channel 4, Drag SOS features one of the country’s most famous drag collectives, The Family Gorgeous, travel around the United Kingdom on a mission to help transform unlikely participants, including a student and a single mum, into more confident and colourful versions of themselves.

Made in Chelsea (Series 20)

Some of our favourites escape to the country for a summer of love, laughter and luxury, in this recent series of the popular Channel 4 reality show.

The latest season of the drama based on the stories by GK Chesterton, about a crime-solving Roman Catholic priest, starring Mark Williams.

Adapted from Meera Syal’s acclaimed novel, this is a moving and often funny story about friendship, betrayal and cross-cultural conflicts, involving three childhood friends who are now in their thirties and at a crossroads in their lives, but their friendship still holds them together.

A comedy about a clueless actor who gets chosen to play the part of Sherlock Holmes, who is really the fictional creation of Dr Watson.

All episodes of the programme (Series 1-4), including the Christmas Specials, will be available.

The Adventures of Sherlock Holmes (1984)

The late Jeremy Brett, the definitive Holmes, stars in these beautiful adaptations taken from the classic ITV series and as ever Dr Watson is on hand as his indispensable assistant.

Intimate BBC series profiling Princess Margaret, whose life and loves reflected the social and sexual revolution that transformed Britain during the 20th century.

All Creatures Great and Small (Series 1-7)

All 91 episodes of the 1980s BBC drama series following events in a veterinary practice supporting the local farming community in the Yorkshire Dales in the 1930s.

Based on James Herriot’s autobiographical bestsellers If Only They Could Talk and It Shouldn’t Happen to a Vet, the series stars Christopher Timothy as James Herriot, Robert Hardy as Siegfried Farnon, Peter Davidson as his brother Tristan, and Carol Drinkwater as James’s wife Helen.

Adaptation of Evelyn Waugh’s comedy novel. When Paul Pennyfeather is unfairly expelled from Oxford University, it kick-starts a disastrous chain of events that no one could have anticipated. Starring Jack Whitehall, Eva Longoria and David Suchet.

All six episodes of the British television drama following Detective Inspector John River (Stellan Skarsgård), who, while being haunted by visions of his recently deceased partner Jackie (Nicola Walker), tries to carry on with his work.

Gok Wan is travelling back to his ancestral home in this Channel 4 TV movie, to explore the largely unseen world of Chinese mass production, and meet the people working in the factories that supply the West.

Exodus: Our Journey to Europe (Series 1-2)

In 2015, the BBC gave cameras to some of the people who smuggled themselves into Europe, to record where no-one else can go.

The result is a terrifying, intimate, epic portrait of the migration crisis.

Written and directed by Derren Litten, creator of the hit comedy series Benidorm, Scarborough follows a group of locals from the North Yorkshire seaside town, as they navigate life, love and friendship.

Jason Manford and Catherine Tyldesley star as Mike and Karen, who reunite five years after their break-up and decide to give their relationship a second chance. Now that the pair are in their late 30s, the question remains as to whether they can make it work this time around.