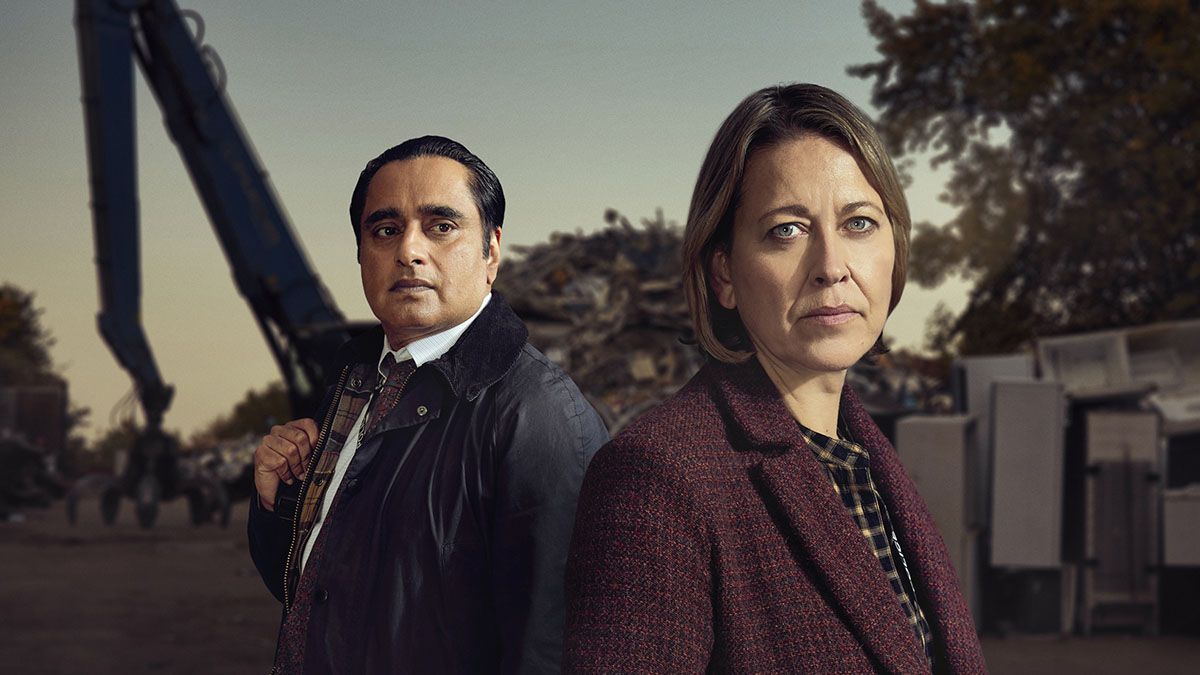 Spring is almost in the air, and it brings with it a new selection of British TV programmes and films to BritBox: from an exclusive extended edition of the second season of Staged, an extended film collection that includes 12 Years a Slave, the most recent series 4 of Unforgotten, and more.

The UK version of BritBox is a streaming subscription service that is owned by ITV and the BBC. It curates British TV programmes from ITV, BBC, Channel 5 and Channel 4, as well as classic British films.

Some content might be added later in the month, but these are the highlights for the month of April 2021:

Exclusive to BritBox: The critically acclaimed series, written and directed by Simon Evans, produced and co-created by Phin Glynn, and starring David Tennant (Good Omens, Doctor Who) and Michael Sheen (Good Omens, Masters of Sex) was filmed entirely throughout the UK’s lockdowns.

Each BritBox episode will feature an additional 7 minutes of material in comparison to the versions broadcast.

Tommy Cooper’s series for London Weekend followed hot on the heels of his phenomenally successful three-year-run of Life With Cooper and set him firmly on the path to television superstardom through the 1970s and beyond.

The League of Gentlemen return to the stage with their live show. The tour features Bafta Award-winning comedy legends Reece Shearsmith, Steve Pemberton, Mark Gatiss and Jeremy Dyson, bringing their deliciously dark and unhinged fictional village of Royston Vasey to theatres and arenas across the country.

The complete series of the sitcom (from 1992-1998) which follows the misadventures of laddish flatmates Gary and Tony.

Comedy additions to the film collection this month include:

New thrillers will also be added to the service, including Shopping (1994), the debut film from director Paul WS Anderson starring Jude Law, and The Disappearance of Harry (1982) starring Annette Crosby.

As Indian Summers begins, the stories of promises, secrets, politics, power, sex and love play out as the British Raj begins to falter and a nation opens its eyes to the possibilities of freedom…

The first two episodes of the second season of the popular detective drama starring Jason Watkins and Tala Gouveia.

A couple find out how far they are willing to go to have a baby.

An emotional thriller about love, trust and the true cost of buying whatever you want, starring Fiona Bell, Christine Bottomley and Martin Compston.

In series six of this popular sitcom Dad has some strange obsessions, Mum can’t contain herself when the boys get new ‘females’, Horrible Grandma wreaks more havoc – and Jim gets a new dog.

Diana: The Interview that Shook the World (2020)

On 20th November 1995, BBC Panorama broadcast the scoop of the century. A candid interview with Princess Diana in which she broke every protocol to expose traumas and scandal of life in the royal household.

25 years later, this film looks at how the broadcasting event of the century was orchestrated, what the interview revealed about modern society and new insights into the psychological portrait of Diana herself, a naïve young woman who believed in the fairy-tale of her marriage only to lose her sense of self in its realities.

Back from the crusades, Robin Hood squares up to the dastardly Sheriff of Nottingham. Wisecracks, romance and swashbuckling adventures in the fight for good.

To mark the centenary of the publication of Agatha Christie’s debut novel, a celebration of ten of her most beloved stories.

In a dystopian London, Sephy and Callum fall in love despite the odds. Can they breach the divide between the black elite and white underclass?

Professor Brian Cox explores the dramatic lives of the eight majestic planets/worlds that make up our solar system.

All four series of the hilarious and irreverent comedy from award-winning duo Adam Buxton and Joe Cornish.

‘Lee’ Alexander McQueen’s rags-to-riches story is a modern-day fairy tale laced with the gothic. An unremarkable working-class boy from east London, McQueen harnessed his demons and went on to become a global one-man fashion brand and one of the most iconic artists of the century.

This collection has been expanded with the addition of Andrew Lloyd Webber’s Cats (1998), Jesus Christ Superstar (2012), Joseph and The Amazing Technicolour Dreamcoat (2000) and The Phantom of the Opera at the Royal Albert Hall.

Performances of Billy Elliot (2014) and the 25th anniversary performance of Miss Saigon (2016) will also be added alongside concert film Roger Waters: The Wall (2015).

John Simm takes the lead role of the tenacious detective.

Sitcom following ironically named Leslie Winner, who, despite all his best intentions, is forever finding himself in disastrous situations.

The latest season of the British crime drama centred around a historical crime, unravelling secrets left buried for years.

Dolly Rawlins, Linda Perelli and Shirley Miller have one thing in common; their husbands are all members of the same gang.

After a terrible accident when their husbands are killed attempting to hold up a security van, each woman has the chance to stop, take stock and start life afresh. However, when Dolly finds the plans for the robbery it begs the question; suppose they were to finish what their husbands started?

One hundred years after the end of the First World War, this documentary uncovers the extraordinary events leading up to the Armistice negotiations, and the repercussions that would ripple across the continent, and throughout the 20th century – sometimes with catastrophic consequences.

John Nettles stars as the eponymous detective in the police drama series set in Jersey.