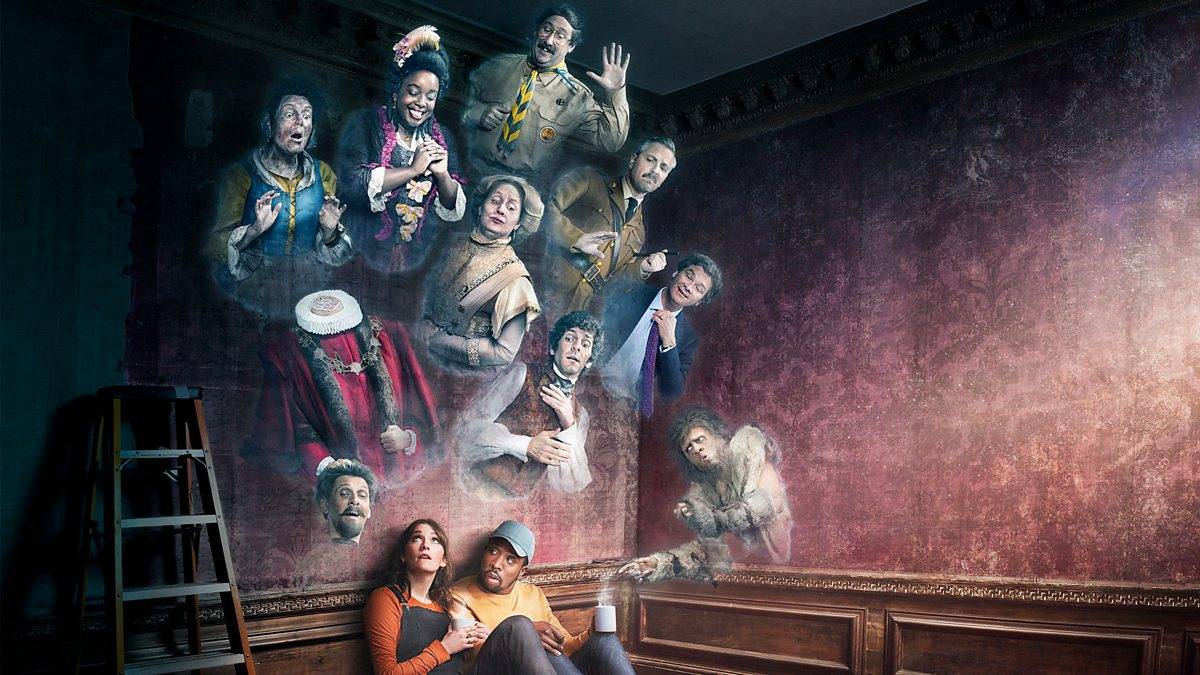 October is here, and that means one thing – Halloween! So as you’d expect, BritBox this month is bringing horrors and scares, such as more classic Hammer Horror films, supernatural drama and comedy, Series 2 of the BBC’s Ghosts, and more.

BritBox UK (there’s also a separate US version) is a streaming subscription service owned by ITV and the BBC. It curates British TV programmes and classic films from ITV, BBC, Channel 5 and Channel 4.

The subscription normally costs £5.99/month or £59.99/year, and you can usually get a free trial (See my updated review of BritBox UK here).

Some content may be added later in the month, but these are the highlights for the month of October 2021:

An intimate portrait of a middle-aged couple in a painful state of change as they decide to sell their London house.

A detective spots a woman near a crime scene, but she denies she was there when he meets her again.

A long-married couple visits Paris for the first time since their honeymoon in this bittersweet comedy-drama.

The scheming Lady Susan will stop at nothing to secure her future. Starring Kate Beckinsale, Chloë Sevigny and Stephen Fry.

Series three of the comedy about William Shakespeare as he starts to make a name for himself in London while also trying to be a good husband and father for his family in Stratford-upon-Avon.

Celebrating the 40th anniversary of the iconic show, BritBox is completing the full boxset – with the first two series already available.

Bergerac is a Crime drama following an alcoholic and divorced father of a young daughter. DS Jim Bergerac is a true maverick who prefers doing things his own way, and consequently doesn’t always carry out his investigations the way his boss would like.

Gripping four-part drama, starring Niamh Algar, based on the true story of a controversial honeytrap at the heart of the 1992 police investigation into the murder of a young mother in London.

Inside the Mind of Freddie Mercury (2021)

In this fascinating programme, acclaimed psychiatrist Dr Bob Johnson, combined with contributions from those who knew Freddie Mercury the best, will try to uncover the disparity between what people think they know about Freddie and who he really was.

Secretive to the very end, we will build a psychological picture of the man who started life as Farrokh Bulsara, but ended it as Freddie Mercury.

A number of people accused of different crimes await their verdict in court while they try to remember the incident that ruined their lives.

14 ordinary members of the UK public are challenged to go on the run, and to drop off the grid for up to 28 days.

With limited financial resources, those hunted must do whatever they can to maintain a low profile against hunters who use every trick in the book to find, track and catch them.

Douglas is blindsided when his wife Connie tells him that she’s not sure she wants to be married to him anymore.

Agreeing to still go on their planned family grand tour of Europe, Douglas vows to win back the love of his wife and repair his troubled relationship with their son Albie.

Supernatural drama series about a priest (Martin Shaw) who is working to promote candidates for sainthood and becomes drawn into the world of exorcism as he discovers a dark battle between good and evil.

Sam and Rebecca Hickey lead an idyllic life in their custom-built house in the West Country. Their paradise is shattered one night when two teenagers break into their home.

Restored and remastered by BritBox UK, and streaming in HD for the first time, Stuart Urban’s war film An Ungentlemanly Act transpires during the first few hours and days of the Falkland Islands War.

Ian Richardson portrays the political head of the Falklands, who, surprised by the invasion by Argentineans, focuses on getting his wife to a secure location just as much as he does on protecting his citizens.

A Victorian scientist tests a serum that transforms him into a sensuous murderess. Starring Ralph Bates, Martine Beswick and Gerald Sim.

After being reanimated, Baron Frankenstein transfers the soul of an executed young man into the body of his lover, prompting her to kill the men who wronged them.

Joey Fane is a young boy who believes that the nanny killed his sister but nobody believes him until the nanny tries to kill Joey and Joey’s aunt.

Rasputin, an evil monk, possessed with strange powers of healing, goes to St. Petersburg to fulfil his evil ambitions. He influences people using his powers and gains a place in the palace.

In a Cornish village, various locals die from mysterious snake bites. The coroner rules the deaths as heart attacks, until a family of newcomers starts an investigation.

After a bat’s blood drops on his ashes, Dracula rises to trouble Simon and Sarah, a couple on a lookout for Paul, who had mysteriously disappeared a while back.

Following a horrifying experience with the occult in Africa, a schoolteacher moves to a small English village, only to discover that black magic resides there as well.

An American occult novelist battles to save the soul of a young girl from a group of Satanists, led by an excommunicated priest, who plan on using her as the representative of the Devil on Earth.

In the first year of university, two childhood best friends find themselves drawn into an elite clique.

The second series of the sitcom following a young couple who inherit a dilapidated property from a distant relative. Unaware of its invisible residents, they proceed to renovate it, contrary to the dismay of its inhabitants.

Released from prison after serving 10 years for murder, Eddie tries to adjust to life outside with the help of his probation officer, Paula.